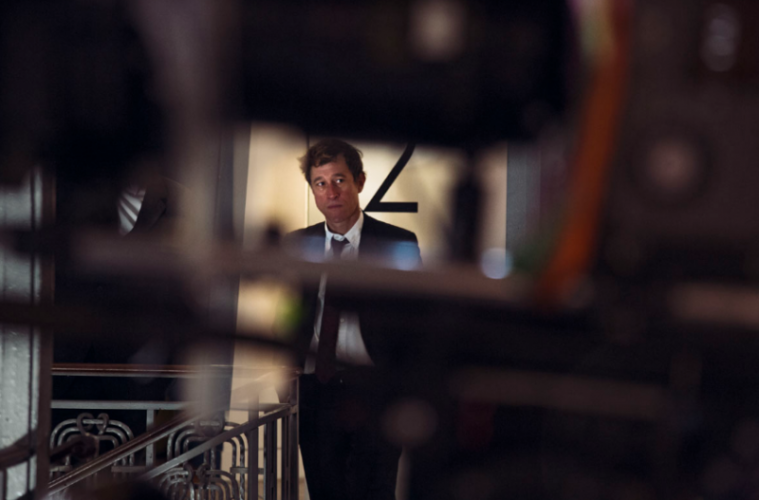 Yes, the rejection of Bertrand Bonello’s youth terrorist drama Nocturama from major European festivals has pretty much been made public, which, despite the subject matter, is quite baffling: the film is easily one of 2016’s most formally and conceptually audacious works. (Check out our excellent review for an articulation of why.)

Luckily, it was programmed in TIFF’s Platform section and we could briefly catch up with Bonello in Toronto to discuss influences, the difficulties of making his film, and the choice of Willow Smith’s “Whip My Hair,” which is sure to be the talk of the fall festival season — at least for people who matter.

The Film Stage: Just released online was an excerpt from an unmade remake of Vertigo you had wanted to do. In addition to the excerpt was the statement that part of Vertigo’s importance in film history is that it marked the movement from classical to modernist cinema. Is Nocturama of a similar impulse — to take something classical, genre cinema, and mutate it into a modern film?

Bertrand Bonello: Well, I don’t have the pretensions to compare the film to Vertigo. [Laughs] I don’t know, but do you want me to talk about Vertigo? It’s true that, for me, it’s been a major film, and I had this project for a long time that I couldn’t make, but Nocturama is very different. But to answer your question, I wish it was true. [Laughs]

You said you had written Nocturama five years ago. I’m curious about how much the film changed post-Charlie Hebdo. Not necessarily in terms of content, but I imagine having to shoot all these sequences around Paris in the beginning would be different because security would have ramped up. Did you change any of your formal ideas of depicting the city?

No, I didn’t change anything — but, in fact, everything in Paris, in the city… well, you don’t see a lot, it’s just people walking, taking the metro. The explosions of the cars in the center of Paris, that was a little tricky to do after January, but they allowed us to do it and the rest is special effects so we didn’t have any problems with the authorizations. But I didn’t change anything after the events.

I actually found something kind of touching about the use of the Willow Smith song, because you must have picked that five years ago. I mean, I don’t think anyone’s even mentioned it since 2010.

I like the idea that when they are in the mall they have their iPhones and they can be like, “Oh I like this song,” and they can listen to it again. And I was really searching for a sugar-pop song, like a dance song that could go with the images of the explosions; they put the music on, then they put the TV on, and the mix of the two is quite violent, in fact. I mean, this song is quite easy listening and pleasant, but, for me, becomes quite violent when they hear it on these images.

How difficult was it finding the right young actors? Because everyone nowadays talks about how natural most kids seem in front of the camera, like they’re just used to it. Did you find that to be the case or not so?

When you do this kind of casting, where you have, like, ten people to find, mostly unprofessional, you have to give yourself a lot of time, so it took me, like, eight or nine months to do the casting. If you take the time, you find the people. The script was finished, but I didn’t describe a lot of the characters in the script, so I wanted the actors I’d find to bring everything I didn’t write, be it the way they talk or walk; that they bring to the film who they are also.

Were any of the music choices inspired by them?

No, the music choices were all mine. [Laughs]

A few years ago, when both Spring Breakers and The Bling Ring came out, there was all this talk about how the dominant narrative in American cinema was the millennial and the pursuit of the American dream. Do you think, with this film, you’re in comparison presenting French youth as a less narcissistic and more radical generation? Or at least one that thinks so?

I wouldn’t say that. They’re really the same. It’s very difficult in the U.S., and they came with the right intentions, but there’s not really the opportunity there to be more radicalized and less narcissistic.

A comparison a few people are making with this film is Dawn of the Dead because of the shopping mall. In that film, every character is essentially an archetype — they’re all basically cowboys. But you get to relate to them more because you see them indulging in consumerism. Is consumerism a great way of developing characters?

Oh, yes, because it develops behavior. This kind of location is fantastic to develop the behavior of characters, because it’s like a small world, an all-inclusive world. If you throw the characters in this world, you can see through their behavior how they start living again. And it allowed me to see the characters.

Was John Carpenter an influence on this film? Because I think the setting just instantly makes it like your Assault on Precinct 13; it also becomes a siege film at the end. As well, the military are essentially faceless villains, like Michael Myers. And you even do the music, just like Carpenter!

Yes, they are just like shadows. Yes, he was a director that I really loved when I was a teenager and he was one of my influences on this film. The characters are obliged to be inside together in this small place, and it’s like a micro-society where they have to learn together, and the danger is outside. You don’t see it, like in my film. Just shadows.