Berlin Review: The City and the City Weaves the Past and Present to Tell the Untold Story of Thessaloniki 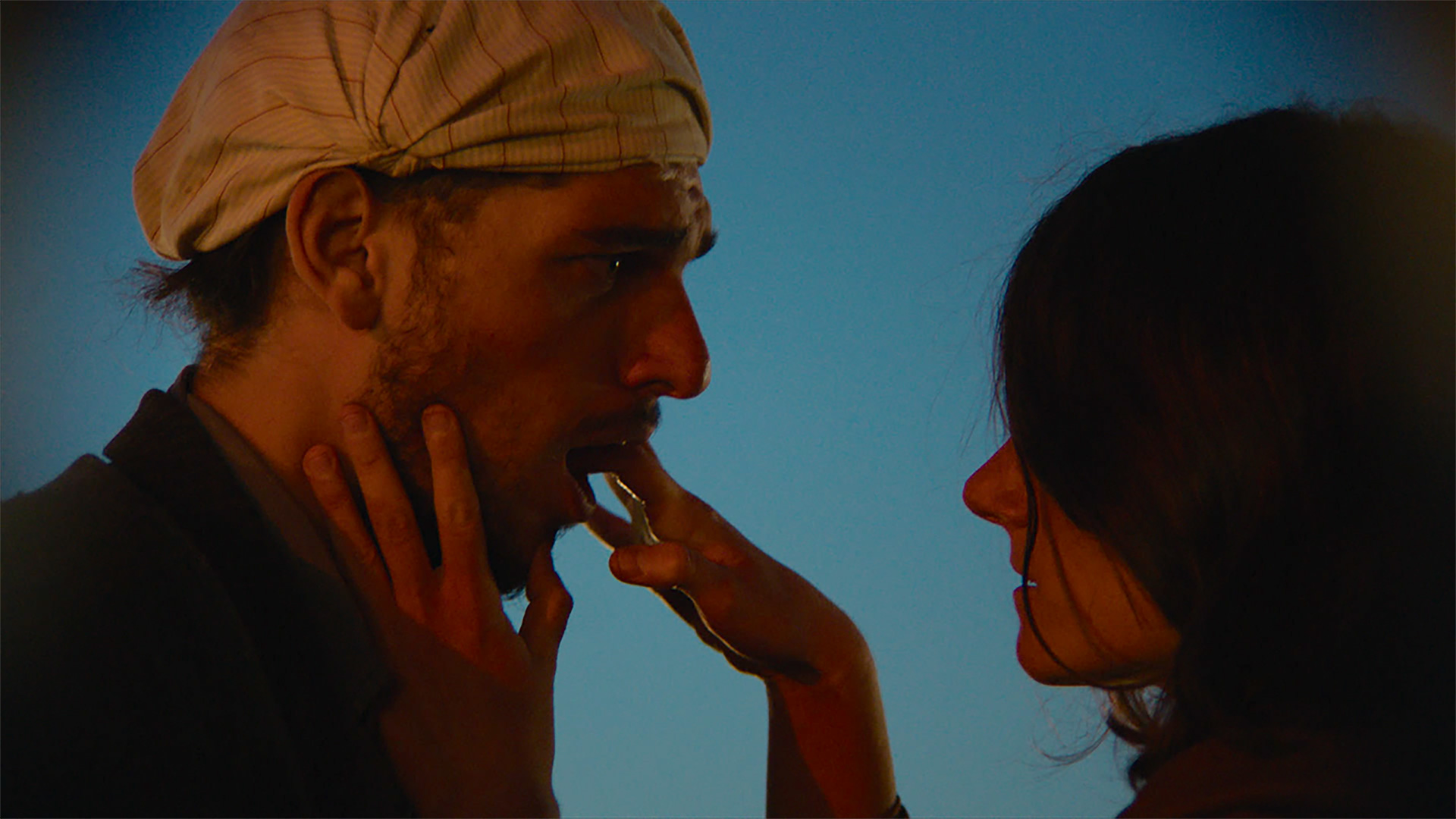 Directors Christos Passalis and Syllas Tzoumerkas describe their film The City and the City as the untold story of Thessaloniki, Greece. It isn’t that because there’s a lack of interest, though. Rather this story is one the majority-Christian city doesn’t want told. Why? Because it damages their narrative. This is their home and that’s all anyone needs to know. To believe the start and end of a place’s history lies with those currently in power not only exposes you as a member of that power, but also one keenly aware of what that “untold” story says. The only reason you could want to suppress an undeniable truth is because you know that which is yours was built upon the bodies of those you supplanted.

It’s about indoctrination. You see it in America with southern states expunging the Civil Rights movement from their curriculum because history dares to prove the heinous evil of the nation’s embedded white supremacy. You see it in Israel’s illegal displacement of Palestinians from their homes and subsequent labeling of their victims as terrorists for daring to fight for what’s rightfully theirs. And for the people of Thessaloniki it’s genocide. Per the statistics Passalis and Tzoumerkas throw onscreen, 96% of the city’s Jewish population was eliminated due to their deportation to concentration camps and murder in the streets during World War II. And when someone dared to make a public display of that fact in 2014 via the commemoration of a lost Jewish cemetery? It was also destroyed.

If you want an example of the energy brought to this dream-like hybrid of metaphorical and literal portrayals of the Holocaust’s impact on Thessaloniki, look no further than this sequence about halfway through. We’ve just learned how non-Jewish citizens and Nazi occupiers eradicated that aforementioned burial ground, using the marble to rebuild bridges and the bones of the dead as sand for construction. The filmmakers splice in the black-and-white fictionalization of a chaotic funeral with a mother lamenting how the deceased maid (“a daughter to her”) had more grace and wit than her children while her son mockingly sings, eventually sharing the revelation that a new wing of Aristotle University was built in its place. Cue the memorial, sixty years late, only ever shown vandalized. Words aren’t necessary.

This mix of humor and elegy and history and fantasy is present throughout. Sometimes we go back in time to watch period-specific events (like a fire intentionally set to kill Jewish neighbors in the 1930s) before returning to the color of present-day. Sometimes acts from half a century ago are reenacted in the light of today, artifice thrown out for juxtapositions at once absurd and provocative. Add in the reading of a letter from a mother being sent to Germany, archival photographs of Nazis torturing civilians directly after watching fictionalizations of such suffering, and the fourth-wall breaking reunion of siblings long-since lost to the uncertainty of that moment and the shift of tone and genre might risk whiplash if the pacing wasn’t so glacial by comparison.

That truth is both a positive and negative. Because while I was definitely at-risk of being detached a couple of times, the methodical nature of this journey from the 1930s to today is crucial to feeling the full brunt of the subject matter’s impact. Passalis and Tzoumerkas aren’t putting us in the concentration camps to witness that harrowing nightmare like so many other films. They force us to stay in Thessaloniki instead, showing us that not every location from the Holocaust bears its scars for public consumption. Some, like this city, have plastered over them. They’ve allowed themselves to evolve and advance in ways that pretend such horrors never existed. They erase the screams, rip up the ledgers, and hunker down to maintain the façade.

The City and the City demands the world take notice. Its structure can be confusing at times as the delineation between past and present with black-and-white versus color is shattered or as fiction and non-fiction blur together, but the emotional intent is never not felt in full. It may in fact be felt most when the filmmakers lean hardest into farce whether subtle or overt; the final scene of 1980s excess and the bestowing of outrageous prizes exemplifies the latter with its mirroring of the reality that those who caused so much pain are too often allowed to rewrite history and celebrate the spoils rather than suffer the cost. That’s how these crimes can remain “untold” and why laughter is often the best vehicle for its delivery.

The City and the City premiered at the 2022 Berlin International Film Festival.