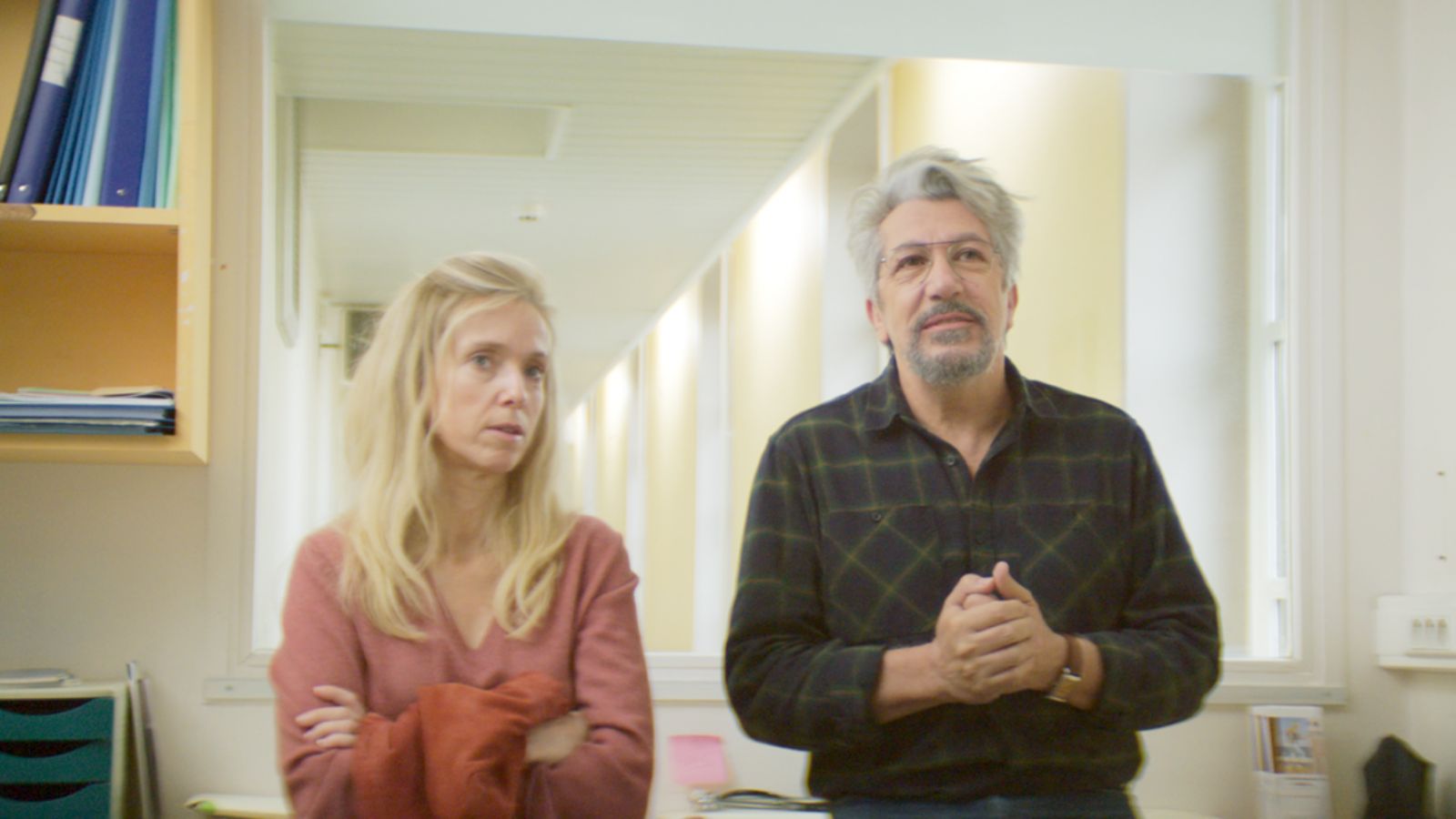 In Being John Malkovich, an entire half-hour passes by before John Cusack’s hangdog puppeteer peaks behind his filing cabinet and finds a tunnel to another man’s brain (and, ultimately, oblivion). Incredible But True––another film about a tunnel and likely oblivion––is directed by Quentin Dupieux, a French filmmaker whose absurdist tendencies would rival even Charlie Kaufman’s. He is also better-known for his brevity. Dupieux’s two most recent films (Deerskin and Mandibles), both clocked in at less than 80 minutes. (They were also his best.) Realité, his most indulgent, asks only for 95.

Dupieux’s popularity on the festival circuit can be tied to that succinctness as much as his auteur credentials (sepia colors, a cocktail of genres, stoner tones) and uncanny sense of humor. (If you’re only sticking around for 70 minutes, his films seem to say, why not spend them on a puerile laugh.) His latest, another rough absurdist gem, goes one further in offering a playful, compelling twist on an enduring sc-fi trope. There is also some uneasy gender stereotyping. There is also what one medical practitioner refers to as an “iPenis.” For better or worse, it’s over in a flash.

French actress Léa Drucker (Custody, Synonyms, Petite Solange) stars alongside Dupieux regular Alain Chabat (Reality, Keep an Eye Out!) as the married couple Marie and Alain, respectively, hunting for a new abode. Dupieux, never one to shy away from a good trope, plays their house viewing for laughs: we meet an amiable cat to whom the director offers plenty screen time; there’s a curiously beat-up car in the back garden; there’s a portal in the basement that bends the fabric of time. In Dupieux fashion, Alain and Marie’s estate agent reveals this otherworldly feature with all the ceremony he might offer a double glazed window. “I’m ignorant,” Alain admits, straining to understand, “But ok, the cosmos…”

As a filmmaker Dupieux has always enjoyed this area between the supernatural and mundane. His best films tend to read like spaced-out vignettes from an episode of the Twilight Zone, or even an early “Treehouse of Horror” from The Simpsons. He’s shown us a jacket that turns its wearer into a serial killer; the hubristic monetary potential of discovering a giant fly; and now a hole in a suburban basement that, once traversed, allows its traveler to de-age by three days while the world around them moves 12 hours forward in time. This information is by no means a spoiler. Unlike Kaufman, and not one to mess around, Dupieux reveals his conceits in the opening minutes.

Part of the fun of Dupieux’s film is to try to wrap your head around the possibilities of such a thing. Want to look a week younger? It’ll cost you a day. A month? Lose ten. The mind duly races. Scanning through old photos in an absent moment, Marie spots an image of herself in the pleasing throes of youth. (Uh oh.) And who doesn’t love a good time loop? The conceit of something like Groundhog Day will be regurgitated forever. Dupieux should be commended for dreaming up something new. And while it doesn’t offer quite the same room for experimentation, Incredible‘s implications suggest no less discomforting a moral dilemma––and just wait for the clincher.

Dupieux’s film ultimately concerns our fear of decay, even as it can slip into murky waters. Why it has to be Alain who continues concerning himself with everyday headaches as Marie becomes obsessed with aging feels oddly pointed, and an indelicate faux pas to say the least. (The closing shot does little to dispel such concerns.) Yet Incredible But True is nothing if not light on its feet, and its B storyline does go some way to address the gender imbalance. It follows Alain’s boss Gérard (Benoît Magimel), a wilting alpha dog who, fearing the impotence that comes with advancing age, has recently installed a mechanical phallus that can be controlled by his smartphone. (Dupieux echoes this sentiment with scenes set in shooting ranges and sports car showrooms; a whole economy of mechanical pricks.) Gérard’s partner (a terrific, underused Anais Demoustier) continues enjoying her promiscuity, regardless. Good for her.

Incredible But True premiered at the 2022 Berlinale.