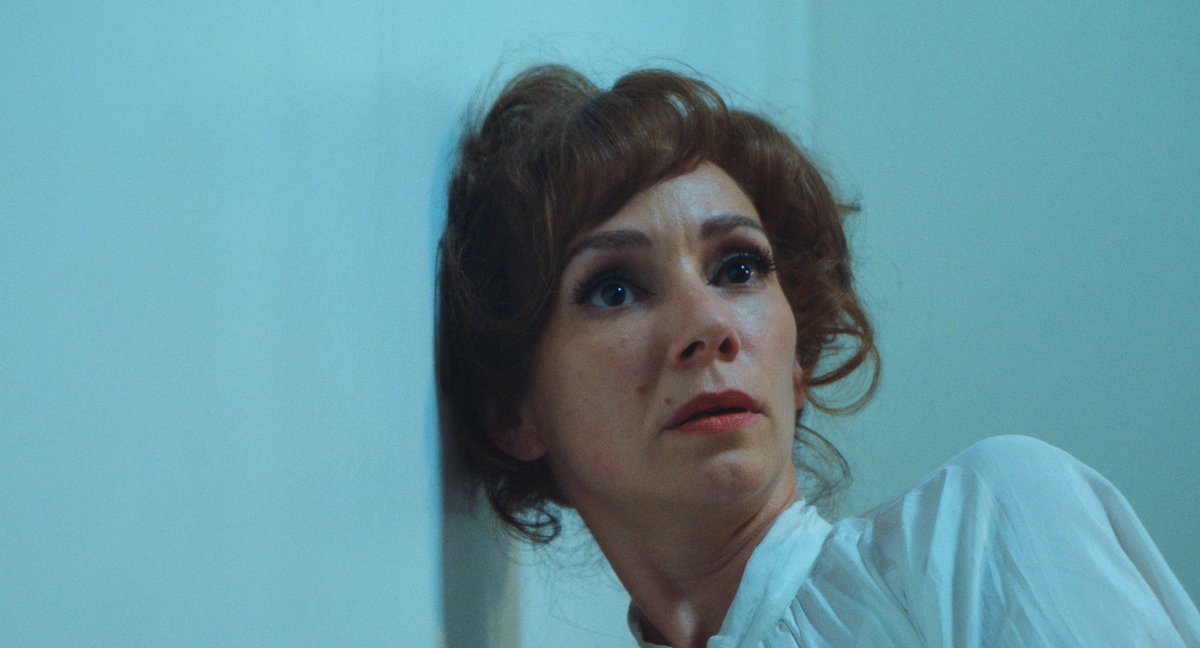 Flux Gourmet is arguably the first instance where Peter Strickland, the British genre specialist who’s always seemed inches away from a real career breakthrough, has had the storyline and structure—the real, solid content, basically—to make something as good as his posters and loglines promise. Making reference to promotional material is not superficial: more than anyone associated with arthouse horror (or “elevated horror,” to stir the pot) currently working, he is absolutely soaked, marinated in more disreputable sides of the genre: to be blunt, the softcore, Europhile, blood-soaked exploitation kind. Where the goal, some decades ago, was to just make you buy a ticket for the thing… so you could see all that.

But also key for Strickland is how this strategy can be deployed as a bait-and-switch or Trojan horse. A punter might be drawn to The Duke of Burgundy and, now, Flux Gourmet mainly for the titillation, but what they get—especially from the latter—is something with intellectual reach, emotional depth, and an almost scholarly attention to influences and sources.

Flux Gourmet returns him to the experimental sound-sourcing of his giallo tribute Berberian Sound Studio and the alternative living practices / hermetic academic setting of The Duke of Burgundy, advancing the virtues of both. Set at an institute devoted, in its own parodic conservatoire-speak, to “culinary and alimentary performance,” a multimedia arts collective (Fatma Mohamed, Asa Butterfield, and Ariane Labed), with shades of British industrial pioneers Throbbing Gristle and the Fluxus movement, is carrying out a residency: their performances are actually slightly naff pop-musique concréte of generic cooking noises distorted and EQ-d beyond recognition. (No Fun Fest—sadly not rhapsodized in the recent NYC music doc Meet Me in the Bathroom—this is not.) Much more interesting is the presence of an (in his own words) “hack” freelance writer Stones (Makis Papadimitriou) employed to document the would be-revelatory goings on. He also is suffering from an obscure gastroenterological ailment that make his entire waking hours an effort to hold in farts. It sounds puerile, but the deadpan comic timing through which Strickland reveals this early on makes audiences feel comfortable in his control.

There is another first-act reveal that alerts something quite rich is emerging, balancing the more willful whimsy of its initial set-up. All three, gender-mixed members of the group sleep in separate beds, but in the same room with Stones—this operates a bit like the shower sequence early in Starship Troopers, unveiling the off-key, slightly unnerving reality of its world. The collective’s inner lives and sexual entanglements are revealed in great detail through a non-linear framing device that shows each member in one-to-one meetings with Stones. Polyamory, food fetishism, and childhood trauma all come to light in gripping monologues, endowing empathy for numerous broken taboos. This is red light district cinema in its language and humor; as it reaches its second half, people who lament that film has lost its love of sex and horniness will have their heads turned.

The further I got from Flux Gourmet the more shallow and strained it seemed, though its initial gut-churning impact can’t be denied. The plot conflict involving Jan, the academy’s facilitator played by a gothed-up Gwendoline Christie, is predicated on a childish dispute over musical direction, making the ensemble feel like an indie band arguing over their rider and guitar pedals rather than mysterious avant-garde visionaries. But after The Duke of Burgundy made a heavy BDSM relationship feel relatable to couples of many kinds, steadily dampening its exoticism, perhaps this is just Strickland having a sense of humor about his art-misfit creations.

Flux Gourmet premiered at the 2022 Berlinale and will open this summer from IFC.