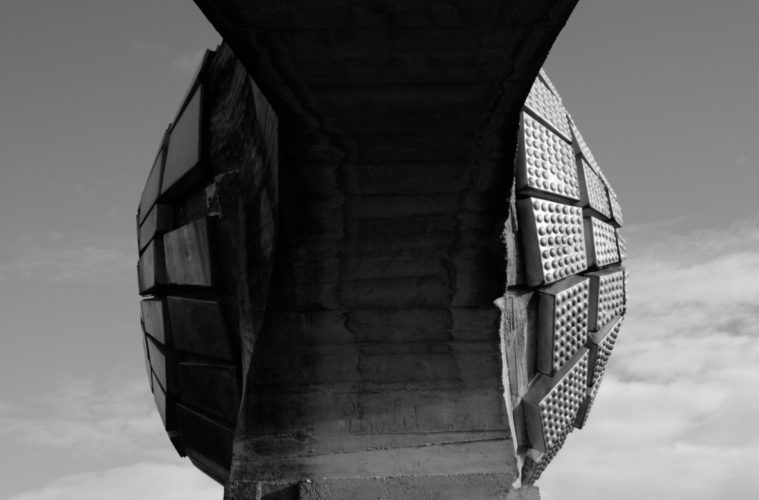 If any film composer of the last decade defined the period best, it might’ve been Jóhann Jóhannsson, whose synthy, epic tones captured the turbulent, globalized environment of the new century. His work with Denis Villeneuve (Prisoners, Sicario) turned him into a Hollywood name, but the Icelandic instrumentalist was also a musician in his own right who toured the world and released his own records. I’m writing in the past tense, of course, because Jóhannsson died in 2018, though not before he completed his final work, an installation with orchestra combining film and music–with narration by Tilda Swinton–from where this extraordinary cinematic odyssey emerges in its apparently intended final form. Its vision of an apocalyptic extinction inevitably garners interpretations as something of an epitaph to his life and career.

Just as Jóhannsson’s music seems to fit sweeping, epic cinema, so was the inspiration behind the 80-minute tone poem Last and First Men. Jóhannsson apparently was obsessed by a picture book of eastern European brutalist monuments he picked up more than a decade ago. He found a way to film them cinematically through the words of a 1930s Olaf Stapledon’s sci-fi novel, which presages the end of the human species. Swinton, unseen, narrates to the audience as a cosmic messenger from “two thousand million years in your future,” discussing the banalities of life when humans communicate telepathically and natural lives stretch out for millennia, until, toward the film’s third act, asking something directly of her listeners. Because now her species will die, with an expanding sun and no hope to escape. But, as she elegiacally intones, these future-humans think like us and strive for the same goals that we pursue: “Loyalty to the forces of life battled against death.”

The narration overlays somber visuals of brutalist sculptures from the former Yugoslavia, many relics of the Cold War era but whose otherworldliness–great gargoyles of stone and concrete skyscrapers–mean they seem genuinely timeless. Ripped from their original purpose, the structures’ political or nationalistic intent seems suddenly absurd. There’s something of the impending doom of La Jetée here, although unlike in Chris Marker’s film, the shots aren’t static stills, with the camera creeping slowly and wind and clouds visible in the epic scenery–here it really feels like winter is coming. Andrei Tarkovsky, especially Stalker, is surely an influence, as perhaps is his collaborator Villeneuve’s Arrival too.

This is Jóhannsson’s first and last film, and its hard not to recognize that this is a director who arrived fully formed as a visual artist. His dreamy combination of sound and images, the editing and pacing, and his use of  Sturla Brandth Grøvlen’s grainy 16mm cinematography combine with strange potency.

The film that unspooled out of competition at the Berlin Film Festival was originally a commission for the Manchester International Festival, and it’s easy to think it never quite unshackles itself from that original installation setting. Booming speakers and surround sound are all well and good, but without an orchestra it does feel like watching great artwork through a lens. But some of the less performative aspects mean the philosophy may emerge more clearly: there’s a quiet environmental message that reaches through the decaying structures, as if echoing Chernobyl or portending to some future great future catastrophe.

But reflecting on Jóhannsson’s demise (a combination of cocaine and prescription drugs killed him), his final work equally conjures far more tender message, with endearing touches that put our little lives into focus. “We are flash in the life of the cosmos,” says Swinton’s narrator, and yet, in our “triumphant love of our future,” humanity, curiously, continues to struggle, and evolve for the better.