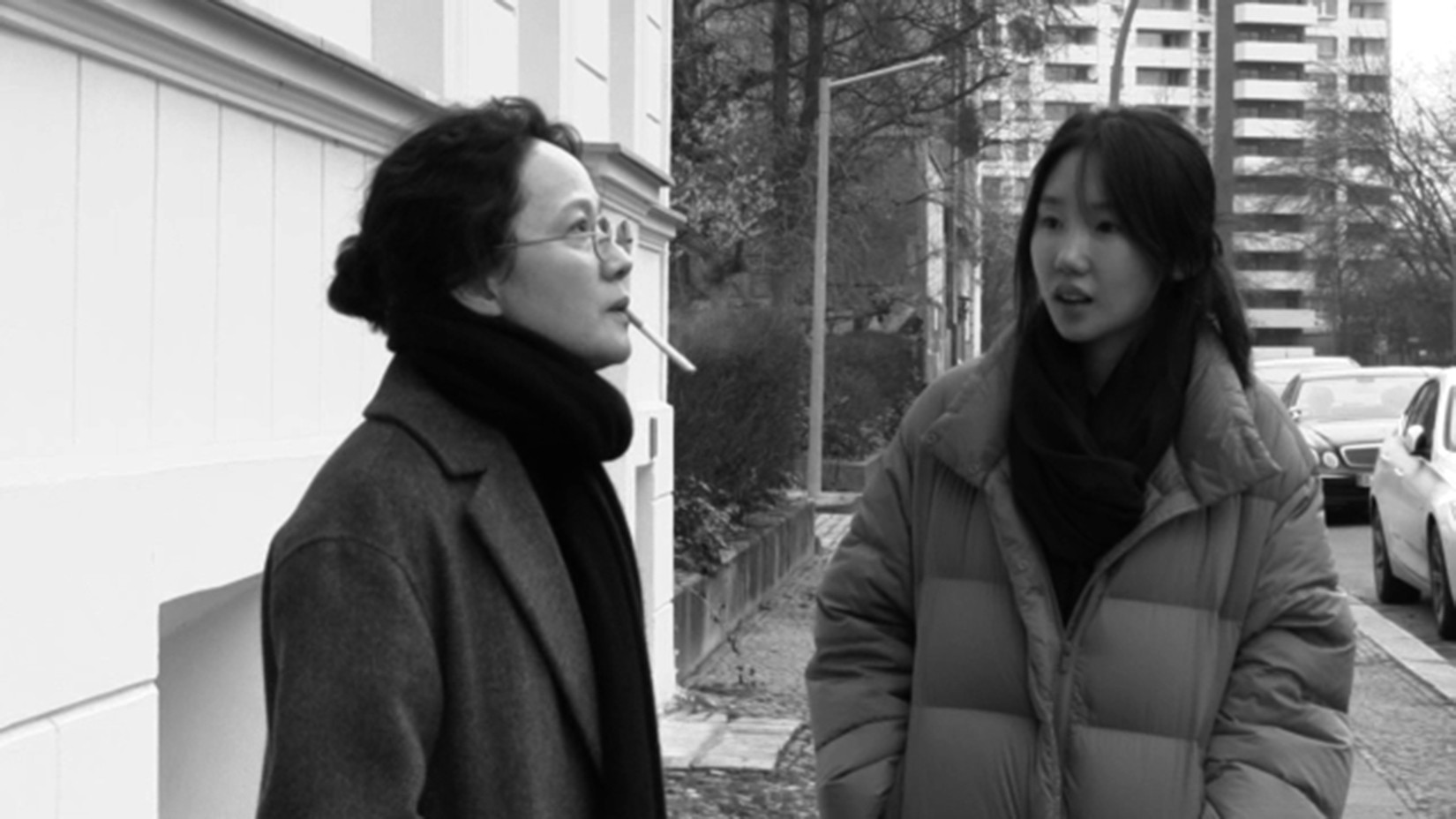 First paragraphs of Hong Sang-soo reviews often dwell on the Korean master’s penchant for self-repetition, soothing readers that narrow expectations will be fulfilled. Let’s take a different course. This new work, Introduction, which charts a variety of fraught social “introductions” across different relationships, caused reflection on my first impressions of a director who’d soon become a reliable favorite, before any expectations could be tweaked or swerved. That film, 2013’s Nobody’s Daughter Haewon, made me think I was observing one of the chintziest, lowest-fidelity trifles imaginable, one hilarious fake-out gag with Jane Birkin notwithstanding. What might an unsuspecting viewer confronted with this film make of its unfriendly visage?

Knowing Hong and his temperament, it’s unlikely he’s too bothered. After initially breaking through with French co-productions in the 2000s, everything since––his reputation-crowning work, actually––has been self-financed and self-produced with little monetary risk incurred. Few auteurs of his stature are so free of the Sisyphean financial bargaining involved in making risky film art; audiences must thus meet him on his own terms, not halfway. Compared to recent, more accessible festival hits such as On the Beach at Night Alone and The Woman Who Ran, narrative convolution persists through Introduction; we accrue vast detail on its central characters, but never enough defining, linking information to make it coherent. His steady extended takes, here in a black-and-white more washed-out than usual, are like long sentences missing beginning and ending clauses. And there is no mirth or a comedic punchline in sight. There’s integrity in this, of course.

To paraphrase Argentinian critic Quintin, Hong is concerned with the “microphysics” of relations, emotional eddies observed at a quantum level. There are long, roiling ensemble scenes here, but so much of this slight (66-minute!) runtime is given over to the two main characters, Young-ho (Shin Seok-ho) and Ju-won (Park Mi-so) in moments of hesitation as they’re about to seek new frontiers in their young lives, often involving confrontation with elders who carry either opportunity or harsh judgment. In the film’s very first shot, Young-ho’s doctor father (Kim Young-ho) is shown with his back to the camera in an office chair, his head bowed in prayer, murmuring “God give me strength.” He’s only about to meet the son he barely sees later that day. What other filmmaker could depict a private moment of anguish quite like this—for something so trivial-seeming—as, well, an introduction?

Dream logic is never far away. Ju-won’s own aspirations lead her to Berlin, where she’s accompanied by her mother (Cho Yun-hee), who’s (again) introducing her to a family friend (Hong’s frequent collaborator and partner Kim Min-hee, in a knowing cameo) working in a similar artistic field. Still, the jilted-feeling Young-ho has apparently stalked her halfway across the world, leading to an interaction that never feels quite real. Later, the sometime-couple reunite in a sequence more obviously coded as fantasy, but Ju-won details further romantic couplings that jarringly contradict previously established information.

Introduction is a thick, tangled ball of yarn, compact but dense; like beloved Hong influence Bresson’s off-screen space, non-narrative information is ample and cosmic. But for all the deliberate choices and teasing ellipses, this is one of the director’s more meager works, appearing unfinished and misshapen rather than productively clipped at the edges. His captive audience of acolytes ensures these aspects can be viewed as features rather than bugs, but Introduction finds the filmmaker stuttering in the limelight’s glare, his usual piercing insight operating at about two-thirds’ capacity.