Berlin Review: Geographies of Solitude Takes a Sensory Look at an Island of One 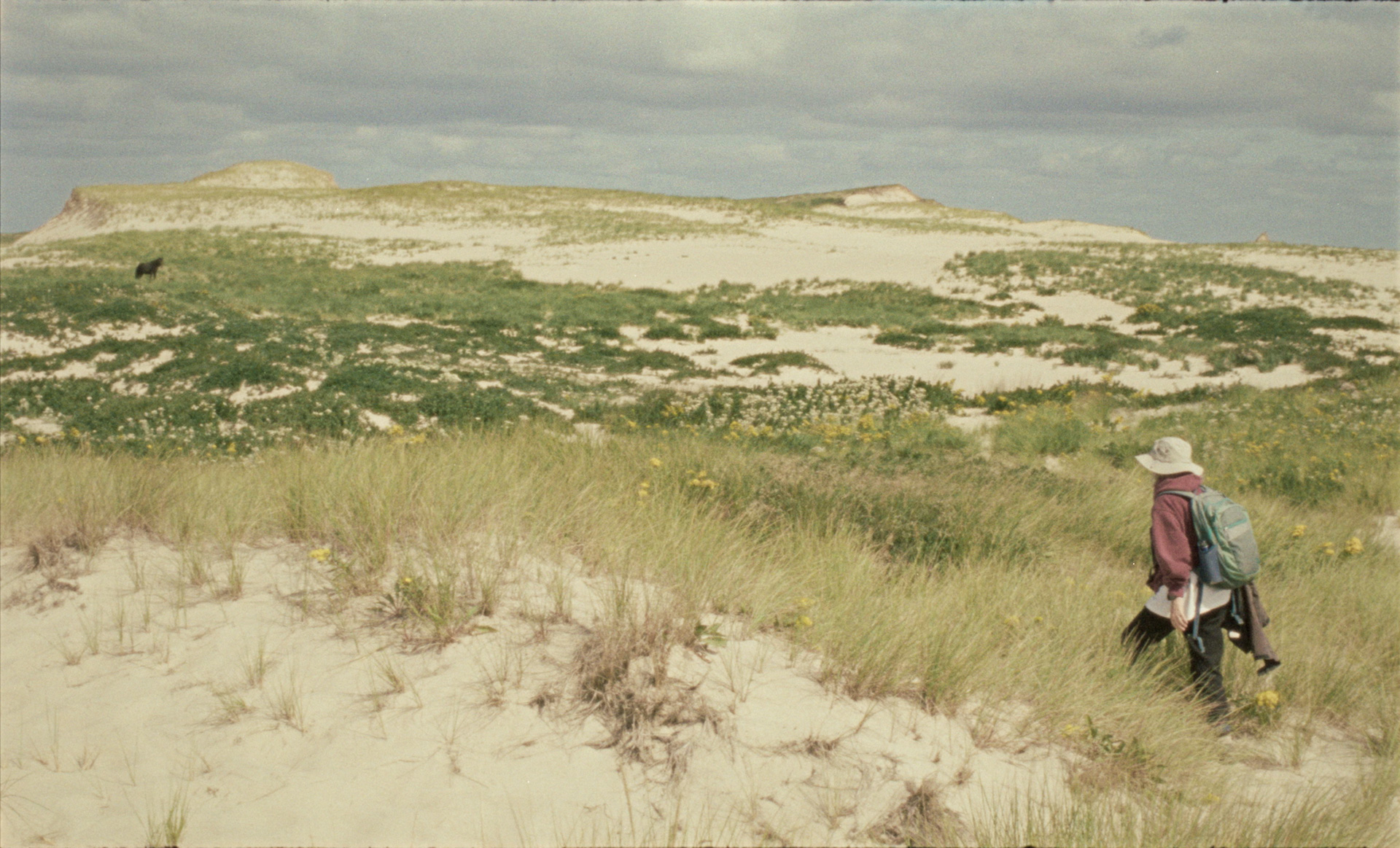 Considering the Wikipedia page for Sable Island states a population of zero (minus the six-to-twenty-five rotating personnel team from the Meteorological Service of Canada), the text labeling Zoe Lucas as a “full-time inhabitant” at the end of Jacquelyn Mills’ Geographies of Solitude seems to confirm what we presume throughout its duration: this twenty-five-mile-long and one-mile-wide crescent sand dune off the coast of Nova Scotia is a world of one. It’s been that way for forty years, ever since Lucas returned following a brief stint in the 70s as a volunteer cook/burgeoning environmentalist. That time has seen her compiling detailed spreadsheets on topics like the famed Sable Horse population, invertebrate species, seal/bird migrations, and plastic waste. As Lucas says, you can’t solve a problem without first collecting the data.

Rather than create a documentary about Lucas herself, however, Mills decides to capture the island through her eyes. Besides quick memories of earlier days and a short excerpt from a Jacques Cousteau visit, we rarely hear anything about her life outside of its place in Sable’s history. It’s not until the very end that we even catch a glimpse of Lucas’ psychology with an unprompted admission of regret—not for having devoted her life to the island, but for having lost track of time to thus never allow herself room for anything else. A solitary moment of personal introspection amidst an almost two-hour sensory adventure through nature’s circle of life and mankind’s penchant for throwing wrenches, it perfectly exemplifies Lucas’ place amongst it all as a thankful observer.

Through this film she’s also a gracious host, taking Mills (and, by extension, us) from point to point on sand, grass, and manure. Shot on film with grain and blemishes in-tact, we’re able to catch the beauty of star-filled skies, windswept dunes, and flowing manes before enjoying vignettes of buried stock exposed under moonlight and hand-processed with seaweed. The soft scenes of gorgeous vistas mixed with the harsh, silent abstractions provide an intriguing juxtaposition between nature and technology. And with it all are the sounds of insects thumping along plants, contact microphones converting electric pulses into melodies, and the moaning barks of seals onshore. Mills could have easily cut out all dialogue for a tone poem aesthetic, but she realizes how important external context is to the experience.

We must hear Lucas explain what we see. Sometimes her words are answers/explanations for Mills. Other times they arrive from recorded lectures with audience laughter helping Lucas’ dry wit shine through. She tells us how the horses came to live there and how their ability to roam free without interference has allowed them an enviable sanctuary. She picks through buckets of water and waste, collecting brand labels and plastic pellets that will subsequently provide a picture of just how damaging consumerism and capitalism is to the Atlantic Ocean. My favorite bit is her collection of balloons from as far as Russia and South America comingled with political messaging from Canada and the United States. Sable may be an island unto itself, but the world won’t let it rest.

And Lucas won’t let the world ignore its global impact as a result. For every scene of a decomposing horse carcass being eaten by the insects that will soon feed the birds comes an educational trek across the sand to find debris blocking the wind enough to commence forming another dune. From a room littered with plastic sheeting and ribbons to bags of balloon rings describing celebrations via their colors to anchored cables becoming part of the island’s architecture due to their inability to be moved, Sable becomes a nexus point of preservation and destruction. Lucas captures it all as data while Mills unleashes the artistry of those numbers courtesy of sight and sound. Beauty lives in death. Suffering is born from life. Everything is connected.

Geographies of Solitude premieres at the 2022 Berlin International Film Festival.