Berlin Review: ‘Driveways’ is a Bittersweet, Emotional Tale of an Unusual Friendship 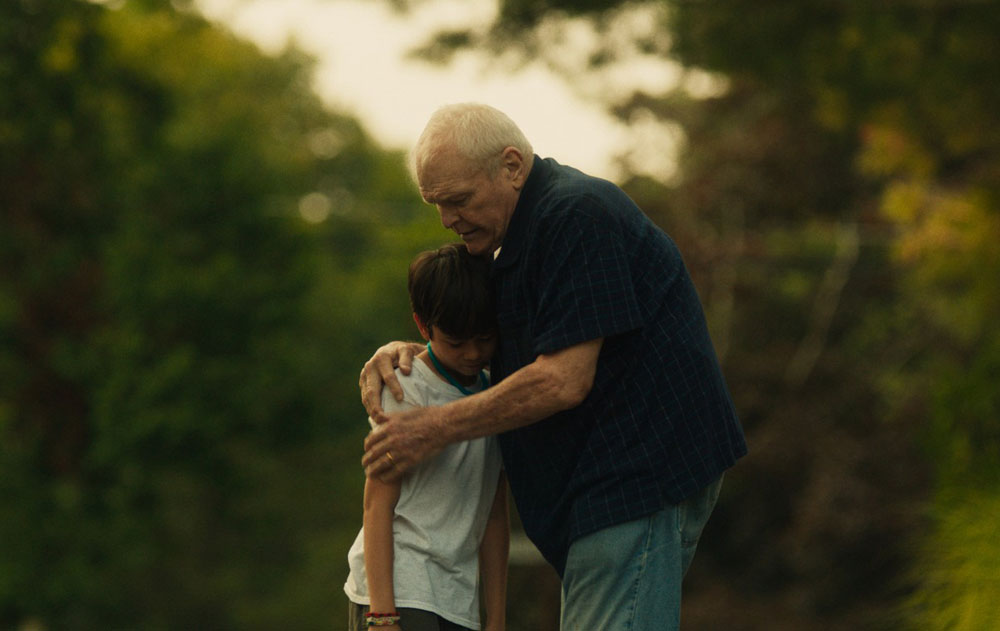 It isn’t easy making a film like Driveways stand out. We have walked these streets so often before. We know the twists and turns. We expect the darker corners. Yet stand out is exactly what Driveways does. The movie is a bittersweet coming-of-age story about the intergenerational, interracial friendship of an 83-year-old veteran of the Korean war and an Asian-American boy just about to turn 9, who arrives into town with his single mother and considerable emotional baggage.

Driveways is directed by Andrew Ahn, an Angeleno producer-turned-filmmaker whose previous film Spa Night earned an acting award for Joe Seo at Sundance 2016. If that was a hint that Ahn was a fine director of actors then Driveways is a confirmation. The film stars Downsizing breakout Hong Chau–who bristles here with the same blend of warmth and caustic humor that made her the gem of that much-maligned Alexander Payne film (although, gratefully, without the other stuff). Chau plays Kathy, mom to Cody (Lucas Jaye) and sister to a recently deceased woman whose house she hopes to sell. Their temporary neighbor is named Del (Brian Dennehy, with a performance for the ages), a widower well into his autumn years who becomes Cody’s fast–and rather unlikely–friend.

It is a tremendous performance from Dennehy, who will turn 81 this year and who first appeared on TV screens in 1977 but had to wait 5 years for Stallone to come along with Rambo and propel him to stardom. It’s there he has stayed ever since, with that voice, concrete-wall build, and alligator smile usually keeping him on the antagonist end of the billing. With Driveways, Ahn goes the other way, giving Dennehy the chance to fully explore the softer reaches of his talents. The actor, in turn, has made Del into something that is not a million miles from the oblong hero of Pixar’s Up, but with more interest, perhaps, in bingo than balloons.

Bingo plays a big role in Ahn’s film, a sentimental shared experience for Cody and Del where the former can be around grown-ups and the latter can let loose. Cody finds little in common with any of the people his age in the neighborhood, neither the friendly Mexican kids across the street or the decidedly less pleasant boys next door–who like to wrestle and whose “Mima” has a taste for both snooping around and casual racism. Del suggests not wasting any time with the woman, to which Chau replies, with stiletto-sharp timing and a roll of the eyes, “Yeah, fuck her.” Agreed, but back to bingo, where Del takes Cody for his birthday after a disappointing trip to the roller-disco. It’s here we meet Del’s pals, one of whom is played by Jerry Adler, an actor best known for playing Tony’s repulsed-in-private consigliere Hesh in the Sopranos. In Driveways Adler gives a great, yet brief performance as an aging veteran in the early, awful stages of Alzheimer’s. For narrative purposes, he is Del’s walking reminder of what may lie around the corner, or perhaps how lucky he has been to have not yet suffered an affliction.

It is not entirely clear sailing. The beats will seem rote to even the most casual of cinema-goer and great swathes of dialogue land heavily on the nose–and I could have done without the symbolism of Chau sorting through her sister’s piles of stuff as she sorts her own shit out–but it would take a cold cold heart not to be moved by Driveways, whether by Dennehy’s performance, Chau’s badassery, or the chemistry between them and young Jaye. Their hodge-podge family setup is this film’s beating heart and while the reveal that Del has a daughter (a judge working in Seattle) strengthens our understanding of why he has taken to Cody and Kathy so wholeheartedly, the woman’s reason for not being there is Driveways’ knockout blow. Dennehy delivers it like a haymaker just moments before the credits roll. Pack tissues.

Driveways premiered at the Berlin International Film Festival and is now available digitally.