Berlin Review: Denis Côté’s That Kind of Summer Shines a Light on Hypersexuality 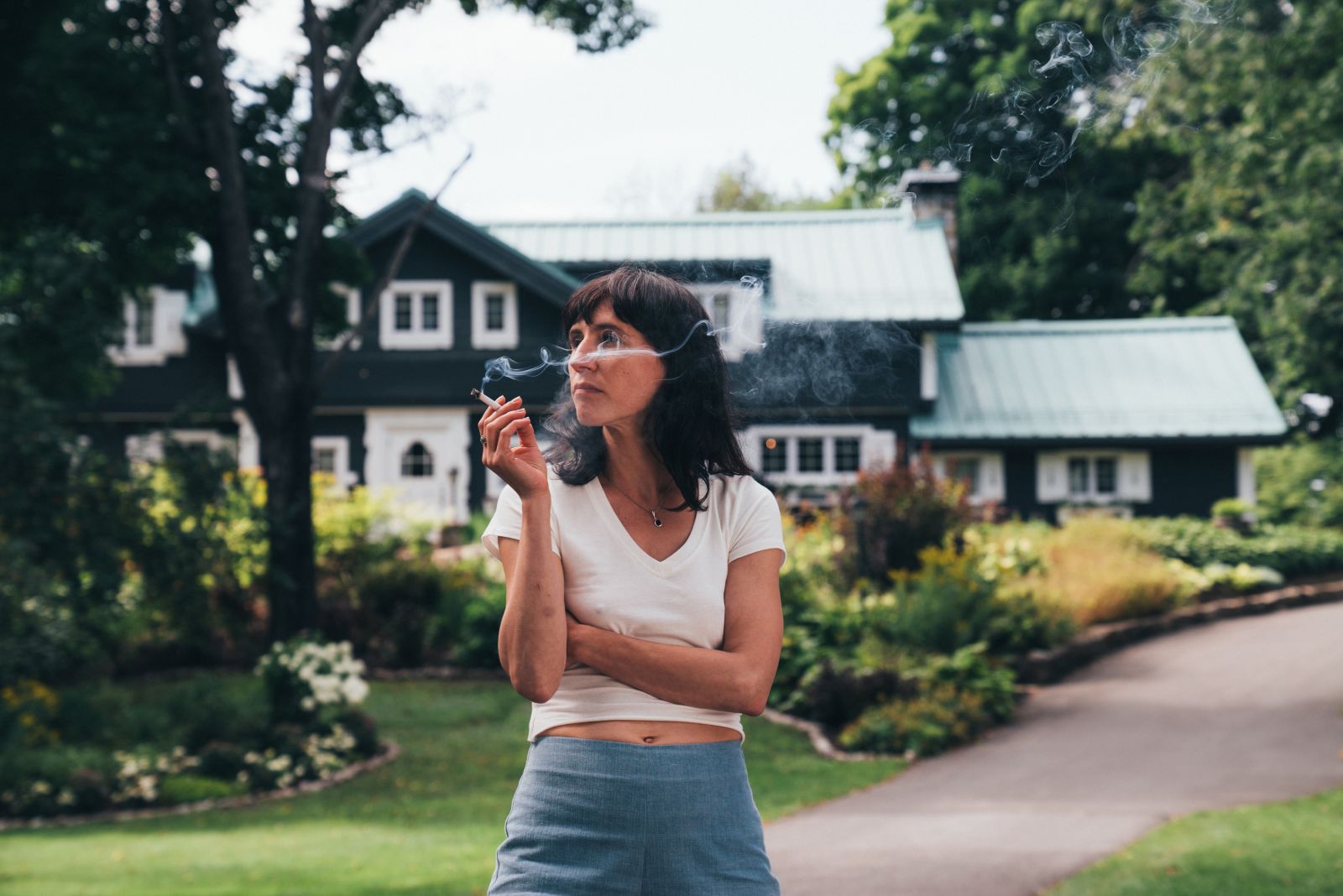 Denis Côté is a weird kind of humanist, arriving at that angle from an offbeat starting point. Maybe the key to his work thus far is his short, powerful 2012 documentary Bestiaire, surveying a bevy of exotic animals in a Quebec safari park, all pulled from their natural habitats. Beyond its prescient aspect, foreshadowing other recent animal-focused docs like Gunda and Cow, Côté enacts the role of a skewed portrait artist, showing the zebras, giraffes, and ostriches resplendent in their odd physicality, where you can feel them both attempting to evolve into, as well as neutralized by, their new environment of iron bars, railings, and peepholes.

A Skin So Soft, showing male bodybuilders in a similar state of haunted repose (and reviewed perceptively by TFS’s Rory O’Connor on its 2017 premiere), is a byway from there towards his latest film, That Kind of Summer. This look at sex addiction could again be misconstrued as a sort of artsy distancing effect, but it is actually rather humane. To risk over-generalizing, there is also something pleasingly Canadian about it, referring to the country’s experimental filmmaking heritage: a mildly titillated, gentle, always cerebral look at human extremes, where judgement or moralism are persona non grata. Cronenberg, Atom Egoyan, and now Côté––all bespectacled, all vaguely pervy, all help us look within like a kind but rigorous psychotherapist.

A pleasingly old-fashioned belief in therapeutic methods––what you could describe, in a streamlined way, as “the talking cure”––is what drives That Kind of Summer. The idea, sometimes mocked, of sex addiction has been refined here as “hypersexuality,” referring to unrestrained sexual behaviors as well as invasive thoughts of that nature. We are at a therapeutic retreat in the Quebec countryside,attended by three women—Léonie (Larissa Corriveau), Eugénie (Laure Giappiconi) and Geisha (Aude Mathieu)—accompanied by three mediators: Octavia (Anne Ratte-Polle), Samir (Samir Guesmi, late of a few Desplechin films) and Mathilde (Marie-Claude Guérin). The opening remarks from Mathilde, revealed to be pregnant in a deadpan-comic insert shot, are intended to be sincere and reassuring, her language redeemed from the therapy-speak bromides which often spark eye-rolling: “This is not a cure. You are not sick. This is a journey, not a treatment.”

The retreat is supposed to last 26 days with a 24-hour break in the middle to do as one pleases (you can absolutely count on how the inpatients will spend it), and the film tracks this in a hermetic manner, completely uninterested in the outside world or anything that could mar Côté’s focused, precise way of seeing. Côté and cinematographer François Messier-Rheault’s camera patiently hovers, almost lovingly, over the characters, preferring intimate long lenses that enwrap the screen with their faces. (Whereas Cronenberg is known for using the same lens, often an eerie wide, for every shot in an entire feature.) Established, and never lagging across two-and-a-quarter hours, is a rhythm where simple daily routines are silently observed, followed by one-to-one tell-alls.

It’s hard to really visualize a life solely defined by sex until you hear it from someone in a situation like this, let alone see it. The three inpatients both can’t function without sex and, in a nightmarish fugue, fill their lives with it at the exclusion of all else. For Léonie, this has its origin in the abuse she suffered at the hands of her father, relayed in skin-curdling detail. We don’t hear similar traumatic origins from Geisha, a sex worker, and Eugénie, who has an anxiety disorder, but can likely surmise as much. Referred by their regular therapists, they are willingly subscribing to a plain, detoxed way of life, though a realization grows that this is maybe the first time each has absented from sex for such an extended time, let alone reflected on it, accompanied by the imperfect but still constructive methods of counseling. The viewer is assented to feel aroused listening to their stories––this is sex, after all––but it doesn’t come at the expense of insight.

Slowly does Côté start to incorporate needle-drops––a cut from Robert Wyatt’s lush Rock Bottom album, Bobby Womack’s “Across 110th Street” most famous from Jackie Brown––into latter scenes. The mood shifts from studious analysis and tentative empathy to a hard-won joy, where a more balanced relationship to sexuality seems attainable, but of course never fully (and sentimentally) implied by what we see. Taking into account Côté’s two-decade, festival-oriented career—and his ability to seek new inspiration whilst skirting wider mainstream notoriety—That Kind of Summer is dusted in a particularly middle-aged feeling of wisdom, owning the past dysfunctional behavior one might have had, and setting off bravely into the future, with artistic compatriots and maybe fellow ex-sufferers by one’s side.

That Kind of Summer premiered at Berlinale 2022.