Berlin Review: Days of Cannibalism is a Harrowing, Profound Look at the Culture Wars in Lesotho 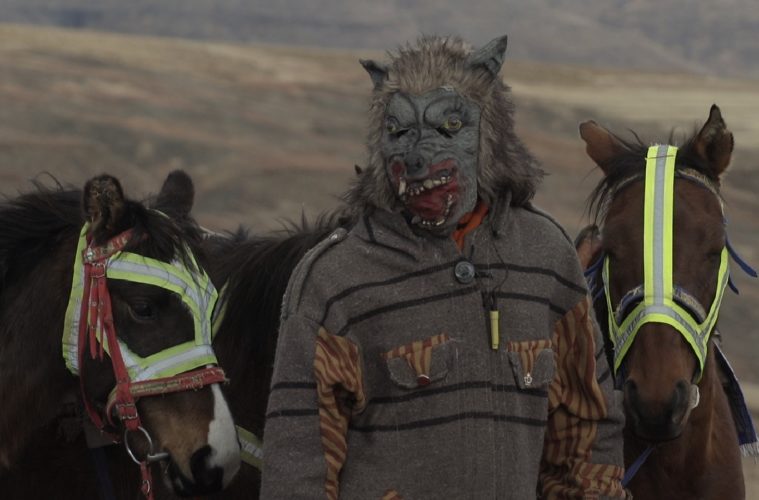 Two cultures clash as a wave of anti-immigrant rhetoric spreads over a country in Teboho Edkins’ profound documentary Days of Cannibalism, which focalizes the China-Africa relationship in rural Lesotho, an enclaved country surrounded by South Africa. Utilizing an observational vérité approach, Days might be light on context, but even within these self-imposed limitations, the film reveals both the universality of cultural conflict and the highly specific economy of the Basotho people.

Framed around the changing socio-economics of the region, Edkins’ film moves from subject to subject as the increase in the Chinese immigrant workforce has threatened to recontextualize the traditionally trade-based economy. The system is moving from bartering to monetary exchange as a direct result of a Chinese influx. In changing this system, the Basotho have launched a socio-political protest in an attempt to denigrate the Chinese.

At the height of this conflict is the ideological differences between uses of livestock, specifically cows. Treated as a type of currency within Basotho culture, cows are viewed as a symbol of community wealth with religious significance. The Basotho can freely buy cows outside of their ethnic group, but they cannot sell them within. As such, cows became a method of storing or accumulating wealth as the community takes care of these animals and are free to use them for their labor. Individualistic ideologies of wealth and capital, associated with free-market capitalism, are the new beliefs that the Chinese are bringing into Lesotho.

This highly specific hybrid of economy and religion is pitted against Chinese notions of exchange, treating cows and livestock as goods to be bought and sold. That these two opposing ideologies are rife with conflict is, perhaps, unsurprising, but manifests itself in interesting ways. In one of the longer scenes within this relatively short documentary, two Basotho farmers are put on trial for stealing and selling cows to Chinese businessmen. The Chinese have killed the cows, violating the religious and legal precedents in Basotho culture. These two farmers were desperate for money, but have still broken the cultural laws of their group, and despite their pleas for mercy are sentenced to a staggering 10 years.

Edkins’ film is neutral within this conflict, showing both sides as they struggle to bridge their cultural divide, creating ethnic pockets of communities within the larger country. These smaller communities are created along racial and religious dividing lines, as the Chinese are just looking for work but are constantly rebuffed and disparaged by the Basotho. A throughline tracks a Basotho radio DJ as he spins Americanized records and comments on the Chinese workforce with increasing hostility.

Culminating in a robbery of a local Chinese-owned store, in which Edkins becomes the subject of his own documentary, Days of Cannibalism is content to observe the ethnic fracturing and increasing global influence that descends on a small country, never spending too long on a single subject and refusing to take sides in the culture wars that are seemingly on the verge of erupting in Lesotho.

In avoiding a worldview-like ideology, and refusing to recontextualize these socio-economic clashes to fit a westernized approach (though the parallels may be obvious), Days of Cannibalism may be too highly specific to reach a general audience, but the film nonetheless is a harrowing look into a seemingly forgotten corner of the world; one that, despite their long history, is still susceptible to increased fracturing that accompanies globalization.

Days of Cannibalism premiered at the Berlin International Film Festival.