As They Made Us Review: Dramedy Offers No Easy Answers in Death, But a Modicum of Peace 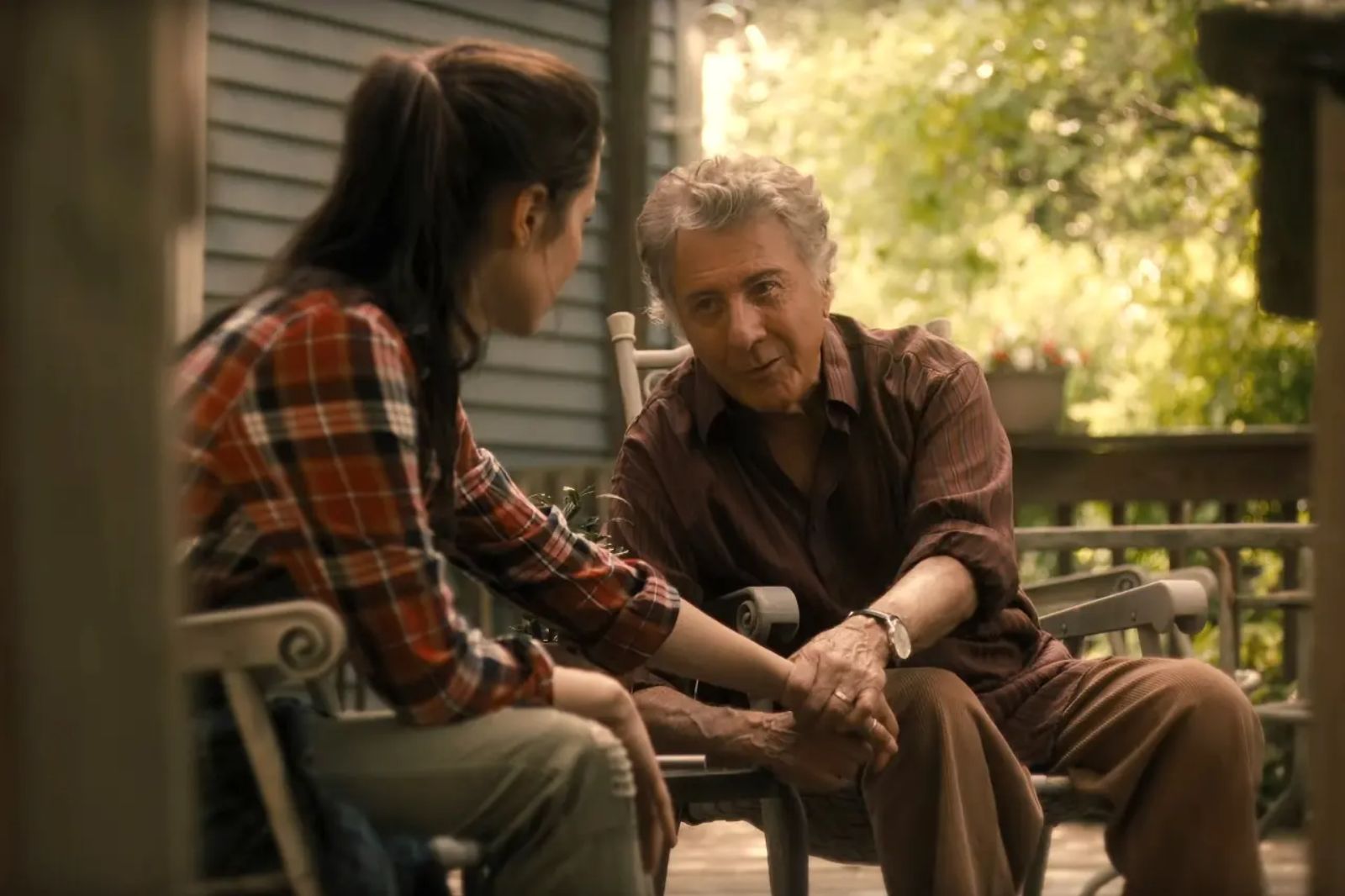 One of the best things about As They Made Us, written and directed by Mayim Bialik, is its pronounced lack of judgment. An indie dramedy heavy on the drama, Bialik’s story of a fractured family preparing for its patriarch’s death fully understands that every person has their reasons. Which doesn’t make all of their actions okay or the aftermath any more bearable. It’s the truth, no more and no less.

Dianna Agron stars as Abigail, a working writer forced to put her life on hold to manage the transition of her sickly father (Dustin Hoffman) into hospice care. To do this she must contend with her willful mother, played by the great Candice Bergen. In the shadows lurks Nathan (Simon Helberg), Abigail’s brother who separated himself from the family years prior.

Bergen steals every moment she’s in, continuing an impressive run of late-career performances (Book Club, Let Them All Talk), while Agron puts in quality work as the lead. She’s been on quite a run between this, The Laureate, and last year’s Shiva Baby. There’s immense pain that both Abigail and Nathan are harboring from their parents. In their father’s violent moments (glimpsed via strained flashbacks), their mother emerged as complicit: forgiving of his worst moments and critical of everybody else, her children included. Bialik is smart to allow more than a few pockets of brevity, mostly in the reactions of a cutting Bergen and an exasperated Agron.

Hoffman isn’t given a whole lot to do, though his crumbling present-day scenes give the somewhat forced flashbacks a parallel that is striking. Even assholes get old, after all. Bialik’s camera feels stilted at times, but her characters offer plenty to absorb. Helberg plays against Agron nicely, the duo embodying the strange, awkward remains of a sibling relationship scorched by decades of absence and countless diverging life decisions. The more dramatic peaks don’t quite hit as hard as they need to, but the overall rendering of this ultimately central conflict shines through.

Bialik has been in front of the camera her whole life, an experience that’s clearly made an impact on her as a filmmaker. One will notice the trust in her actors and the trust in her dialogue. And, at a 90-minute runtime, an apparent trust in her editor. While the brevity may prevent some B-plots from blossoming, it’s for the best. The anchor of the piece is Agron, Bergen, and Helberg under the umbrella of Hoffman. Veering from that nucleus rarely makes As They Made Us better.

This is ultimately a picture that offers no answers. No clean resolutions. No overtly happy endings. This is a strength. Bialik is more interested in the journey to an ending, rather than the ending itself. What do we do with our feelings for a loved one who maybe did not love us enough? What do we do with the complaints and the sins and the grievances that have fueled us for so long when time is up? There’s no easy solution, but As They Made Us does offer a relatable rendering of what moving forward can look like.

As They Made Us arrives on April 8 in theaters and on VOD.