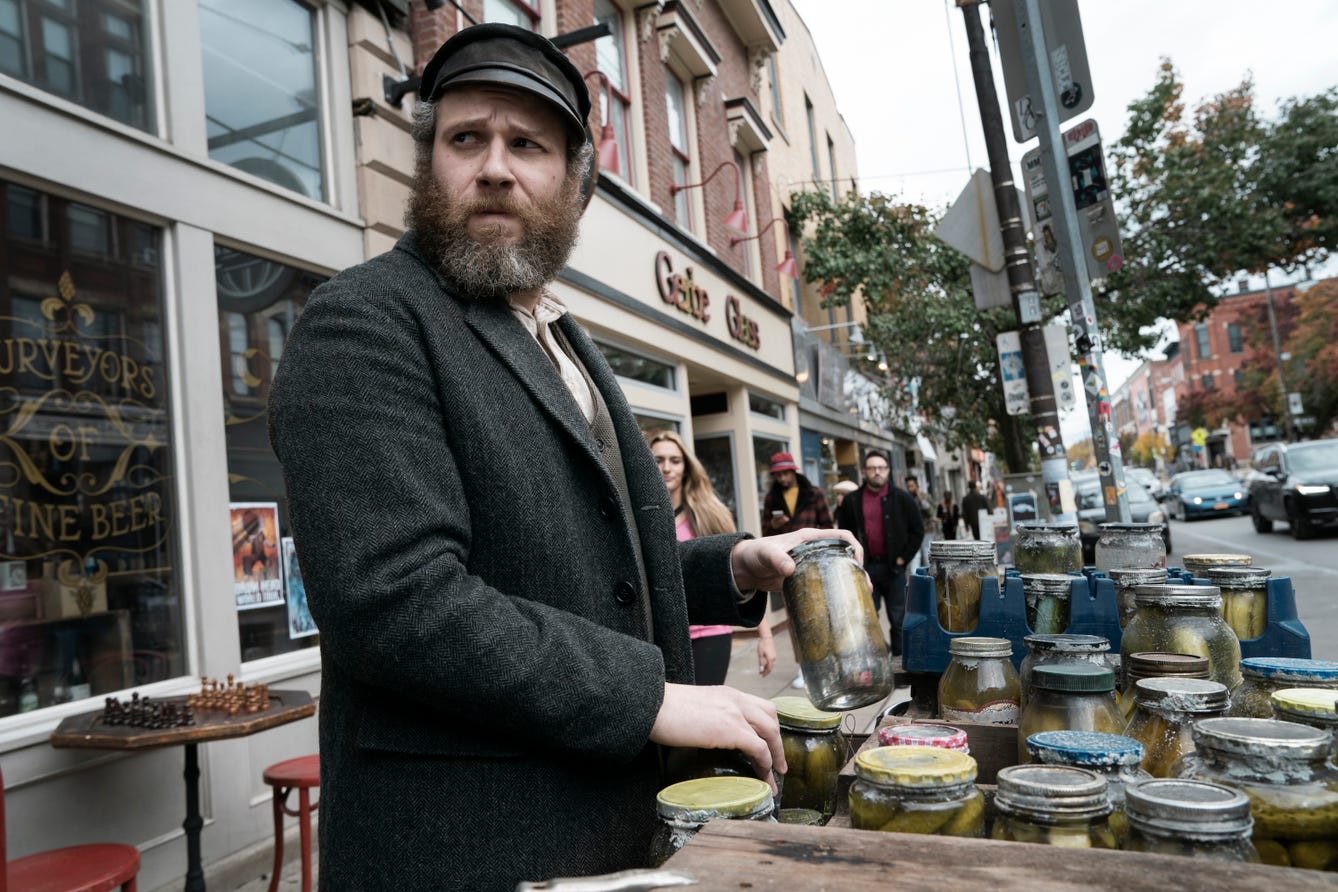 You are not seeing double. Seth Rogen plays dual roles in his latest comedy, American Pickle. Directed by Brandon Trost, the film follows Rogen both as Herschel Greenbaum, an immigrant who falls in a vat of pickled is brined for 100 years, and his great grandson Ben Greenbaum, who is a computer coder. After Herschel emerges into the world of 2020, he finds much has changed. Once set for a theatrical release via Sony Pictures, it’ll now land on HBO Max in August and the first trailer has arrived.

“There was a real sense from people I know that thought maybe it was a joke and not an actual movie that we were spending huge amounts of time and energy working on,” Rogen tells USA Today. “What’s funny is, I didn’t eat one pickle throughout the entire movie. Herschel doesn’t get high on his own supply. Those pickles are for selling.”

See the trailer below for the film also starring Sarah Snook and Jorma Taccone.

Herschel Greenbaum, a struggling laborer, immigrates to America in 1920 with dreams of building a better life for his beloved family. One day, while working at his factory job, he falls into a vat of pickles and is brined for 100 years. The brine preserves him perfectly and when he emerges in present day Brooklyn, he finds that he hasn’t aged a day. But when he seeks out his family, he is troubled to learn that his only surviving relative is his great grandson, Ben Greenbaum, a mild-mannered computer coder whom Herschel can’t even begin to understand.