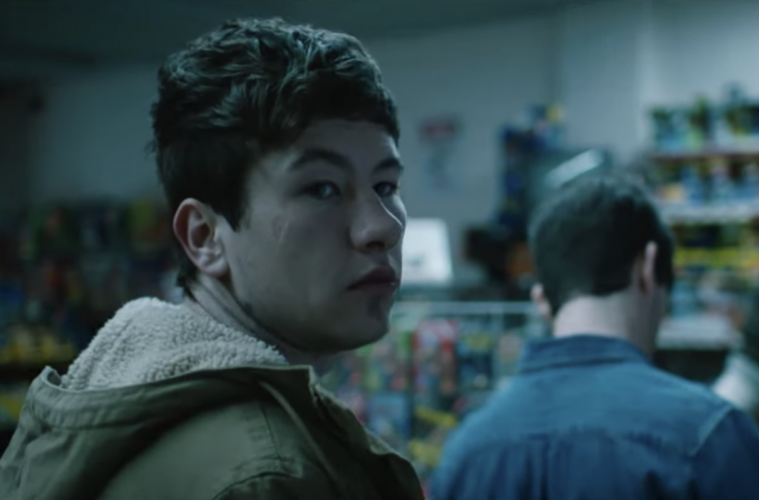 After directing one of the most acclaimed documentaries of the century thus far with The Imposter, Bart Layton is back with his follow-up, another feature the blurs the line between reality and narrative. American Animals, which premiered at Sundance Film Festival earlier this year, tells the story of four friends (Evan Peters, Barry Keoghan, Blake Jenner and Jared Abrahamson) who planned an art heist at their local college. Picked up by The Orchard, teaming with MoviePass for their first-ever release, the first trailer has now debuted.

“The rich genre of crime film in which dumbasses get themselves in way over their heads has a proud new entry with American Animals. Though premiering as part of Sundance’s U.S. Dramatic Competition, I’d strenuously argue that it is in fact a documentary that happens to be 90% reenactment,” Dan Schindel said in our review. “Hell, the movie itself even states in the opening chyron that it is a true story, not based on one. The real figures involved not only provide commentary but also shape the film itself, as conflicting testimonies will change a scene’s location or what a certain person is wearing. The conflict between differing points of view and retrospective perspective express the movie’s themes of shaping one’s reality by acting as though you’re in a different story than the one you think you’re living.”

The extraordinary and thrilling true story of four friends (Evan Peters, Barry Keoghan, Blake Jenner, and Jared Abrahamson) living an ordinary existence who brazenly attempt to execute one of the most audacious art heists in US history. But not everything is as it seems, and as the daring theft unfolds through each of their perspectives, each of them start to question whether their attempts to inject excitement and purpose into their lives is simply a misguided attempt at achieving the American Dream.