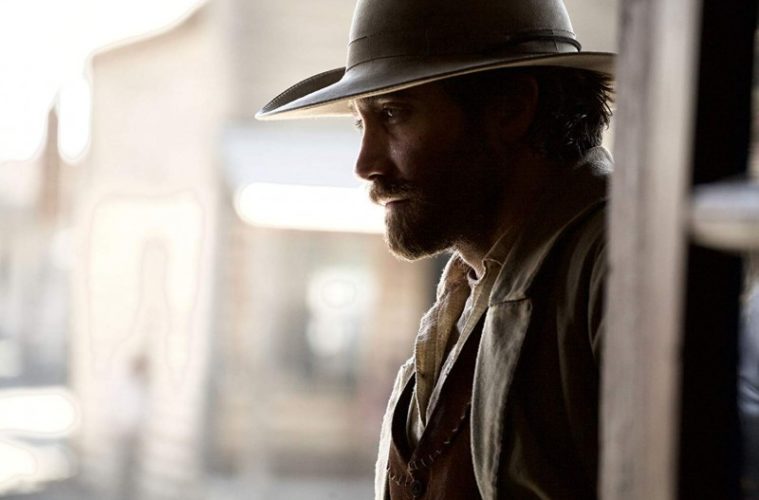 If you’ve already perused our massive fall preview, you’ll be familair with more than a handful of titles as we look deeper into this September’s film offerings. Alongside festival favorites from earlier this year (and beyond) all the way up to films just debuting at Telluride, Venice, and TIFF, it’s a strong start to a promising season for movie-going.

After his break-out film Güeros, Alonso Ruizpalacios premiered his latest film at Berlinale this year and now it finally arrives in theaters. Rory O’Connor said in his review, “It is the latest work of Alonso Ruizpalacios, an obliquely political filmmaker with an eye for cinematic homage. His latest is essentially a heist movie, but it’s one that utilizes those strengths in order to subvert the conventions of an overly familiar genre. In doing so, however, it forgoes a little bit of what provides that type of filmmaking with such narrative élan.”

In a fall festival dominated by westerns, from the Coens to Jacques Audiard, one of last year’s TIFF hits–which imagines the genre in South Africa–will be coming to theaters. Jared Mobarak said in his review, “Director Michael Matthews and writer Sean Drummond were drawn to the landscapes of South Africa’s Eastern Cape while traveling their homeland, especially the echoes of classic cinematic western environments. Learning about how its current towns arose — from the ashes of Apartheid-era cities mimicking European capitals by name — only cemented the comparison, each a product of the locals taking control once their oppressors left after their government changed hands and the train lines shutdown. This new frontier became the pair’s setting, their story gelling after seven years of research and development to do right by the inhabitants’ history and struggles. Sprinkle in a bit of legend and lore to create an antihero hidden beneath rage and Five Fingers for Marseilles was born.”

There aren’t many American directors working today with the patience and warmth of Hal Ashby (except perhaps one) and he’s now getting an appreciation in the form on a new documentary. The director behind Harold and Maude, The Last Detail, Shampoo, Being There, and more is the subject of Hal, which premiered at Sundance and arrives this month. Featuring the likes of Lee Grant, Jane Fonda, Jon Voight, Louis Gossett Jr, Jeff Bridges, Alexander Payne, Judd Apatow, Lisa Cholodenko, David O. Russell, Norman Jewison, Robert Towne, Haskell Wexler, and Pablo Ferro, the film takes an in-depth look at his approach to filmmaking and his enormous impact.

Following the true story of a woman who committed ax-wielding murders in Massachusetts in the late 1800s, Lizzie has got quite the hook. With Chloë Sevigny taking the lead role and Kristen Stewart playing her live-in maid, the response was divisive upon its Sundance premiere for the film’s tonal shifts, but we’re still curious about this drama-turned-shocker, which arrives next week.

Due to it underperforming at the box office, unfortunately, Shane Black isn’t just directing sequels to The Nice Guys for the rest of his career, Avatar-style. Rather, for his next project, he’s attempting to resuscitate a franchise with The Predator. Last appearing on screen in 2010 with Nimród Antal’s iteration, this film actually takes place prior to that, after Predator 2. Led by Boyd Holbrook, Trevante Rhodes, Jacob Tremblay, Keegan-Michael Key, Olivia Munn, Sterling K. Brown, Alfie Allen, Thomas Jane, Augusto Aguilera, Jake Busey, and Yvonne Strahovski, the film seems to be arriving with not quite as much buzz as we’d hope, but hopefully a distinct blockbuster is in store.

After an extensive festival tour since its premiere the previous spring, the acclaimed drama I Am Not a Witch will finally arrive in the U.S. this month. John Fink said in his review, “Recalling the polemics of Ousmane Sembène, Rungano Nyoni’s Zambian film I Am Not a Witch is an impressively crafted comedy of manners turned tragedy. The film centers around the accusation that an 8-year old girl, Shula (Maggie Mulubwa) is engaging in witchcraft solely because people in the town say so, and because the girl refuses to confirm or deny whether she’s a witch.”

Keira Knightley is back in her beloved genre, the period piece, for Colette, and it looks to be one of her strongest roles. The story of the famous French author finds her trying to balance her newfound success, her exploration of her sexuality, and a marriage to her dominating husband Willy (Dominic West). Coming from Still Alice co-director Wash Westmoreland, whose husband and co-director Richard Glatzer passed away in 2015, Colette arrives this month following acclaim from Sundance.

Kicking off New Directors/New Films with a bang this year after a Sundance premiere, the M.I.A. documentary lands this September. Leonardo Goi said in his review, “Long before “Galang” and “Paper Planes,” and prior to her Oscar nomination and universal fame, there was a time M.I.A. was Mathangi Arulpragasam, the daughter of Tamil refugees who fled conflict-stricken Sri Lanka to settle in 1980s England. More an account of her origins than a stylized tour documentary, Matangi/Maya/M.I.A. draws from over 700 hours of footage M.I.A. personally recorded at different stages of her career to offer an intimate pre- and-post-stardom bio-doc that feels just as magnetic as the artist it brings and dissects on screen.”

One of the most poetic, transportive documentaries of the year is RaMell Ross’ Hale County This Morning, This Evening, a portrait of life in Alabama told in fragments. Featuring Apichatpong Weerasethakul as a Creative Advisor, Dan Schindel said in his review, “The doc has a special interest in repetition, like a basketball team going through its drills or a toddler running back and forth across a room playing some game that makes sense only to them. Chronology and specific geography are purposefully difficult to discern (one woman goes through a pregnancy during the film, but its timeline is even longer than that), though the 2017 solar eclipse makes an appearance. Joys (childbirth) and tragedies (an infant succumbing to SIDS) are given equal quiet weight, and always filmed around rather than focused upon. The doc is more invested in mourners after a burial than in immediate reactions or big events. This is a story made of the in-between pieces of stories.”

Jacques Audiard’s Palme d’Or win for Dheepan has given him the clout to recruit his finest ensemble yet for The Sisters Brothers, his English-language debut that’s a neo-noir western, an adaptation of the novel by the same name from Patrick DeWitt. Starring Jake Gyllenhaal, Joaquin Phoenix, Riz Ahmed, and John C. Reilly, the story follows two brothers (Phoenix and Reilly) who hunt down a gold prospector (Gyllenhaal) in 1850s Oregon. Vikram Murthi said in our Venice review, “Though certain setpieces indicate Audiard’s skill as a stylist—an opening shootout lit only by gunfire, an extended digression at a brothel that ends in bloodshed, a fruitful search for gold stymied by greed and impatience—The Sisters Brothers really comes to life when he focuses on the details in the margins.”

A new film from Nicole Holofcener is always a cause for celebration, and following 2013’s Enough Said, she’s finally back with her latest film. Set to premiere at Toronto International Film Festival before arriving on Netflix, The Land of Steady Habits follows Anders Hill (the always-great Ben Mendelsohn) as a retired man who decides to quit his life of “steady habits” in Connecticut, leaving his wife Helene (Edie Falco) in the process.

Green Room and Blue Ruin director Jeremy Saulnier is stepping away from colors for his next film and getting bleak(er) and bloodier for Hold the Dark, starring Jeffrey Wright, Alexander Skarsgard, Riley Keough, and James Badge Dale. The adventure thriller is based on William Giraldi’s novel, which follows a wolf expert (Wright) who comes to Alaska to investigate disappearing children with the prime suspect being — you guessed it — wolves. Keough plays the mother of a son who died, while her husband (Skarsgard) goes wild when he returns from Iraq, and is being tracked by a detective (Dale). Promising to be another dark, brutal thriller, the Macon Blair-scripted film will hit Netflix and select theaters following a TIFF premiere.

A staple at on the independent film circuit for as much as his editing skills (Golden Exits, Listen Up Philip, Queen of Earth) as his astoundingly revelatory features (Kate Plays Christine, Actress), Robert Greene returned to Sundance this year with Bisbee ‘17. With a dual meaning, the title refers to the Bisbee Deportation of 1917–in which 1,200 miners on strike were forced out of their homes and left in the desert to perish–and a century later, in which the community of the Arizona town stage recreations of the strike. As conflicts arise amongst the townspeople, we expect another personal, meta portrait from the documentary-meets-narrative filmmaker, this time of past strife and present reconciliation. Read Dan Schindel’s full review from Sundance.

After the incredibly accomplished, varied trio of Ain’t Them Bodies Saints, Pete’s Dragon, and A Ghost Story, director David Lowery returns this month with his next feature, which also marks the final performance in the legendary career of Robert Redford. Based on David Grann’s New Yorker article about Forrest Tucker, a bank robber who begins another string of heists, the film premiered this weekend at Telluride to much acclaim and thankfully it won’t be long until it arrives in theaters.

In an era of dime-a-dozen Nicolas Cage movies, you may think you know what you’re getting when sitting down for his latest feature. Rest assured, nothing could prepare you for the experience of Mandy. I’m not even referring to the gory and gleeful shocks–of which the back half has many–but rather Panos Cosmatos’ intoxicating, singular version, which mixes beauty and batshit insanity for an LSD-fueled descent into darkness like no other. Read my full review.