The Toronto International Film Festival, like most other festivals this year, returns with a post-pandemic mindset: a primarily in-person event with an overall line-up closer to their numbers before 2020. Their Short Cuts programme remains smaller for the time being, with only 39 selections across its six line-ups (compared to 55 in 2019), but programmer Jason Anderson has put together a diverse series across multiple forms and genres.

Here are ten shorts that constitute some of the strongest works in a generally impressive lineup.

In Airhostess-737, flight attendant Vanina (Lena Papaligoura) finds herself stressed on what should be a routine flight, only to find her sense of reality slip away as she confronts what’s really making her so anxious. Director Thanasis Neofotistos opens his film by stating it was “conceived in a dream,” and part of the movie’s fun is how he piles on the surrealism as we get to know more about Vanina. POV shots, long takes, match cuts, and eventually a move into abstraction are some tricks Neofotistos deploys as Vanina begins to confront the cause of her emotional state, all of which effectively create a sense of playfulness and unease before an unexpectedly cathartic conclusion. Screening in TIFF Short Cuts Programme 1.

Nikita Diakur wants to do a backflip but finds the idea of it too scary, so he comes up with, in his mind, a better solution: create a digital avatar of himself and then rely on machine-learning so it can teach itself how to backflip. Feeding photos of himself and real-world locations into software—along with his voice so the narration itself is computer-generated—backflip is a hilarious exercise in futility, as Diakur’s avatar flails and contorts itself all over the place to try and perform one specific task. The deadpan narration, combined with the absurdity of this premise, brings to mind Nathan Fielder’s Nathan for You and The Rehearsal, although here Diakur takes technology to the breaking point for a great bit of slapstick comedy. Screening in TIFF Short Cuts Programme 6.

Something’s wrong with the neighborhood in Diaspora, which follows one resident of a predominantly Black suburb as she notices a series of small but increasingly disturbing changes. Black neighbors move without telling anyone, white families move in almost immediately to take their place, and new neighbors behave in strange, off-putting ways. Writer-director Tyler Mckenzie Evans is far from subtle in his allegory on gentrification, and the blunt approach is to this film’s benefit. By letting the horror take place around its central character in a sort of elliptical fashion, Evans portrays the changes as subtle then sudden, which feels true to life and all the more unsettling. It’s an effective little horror story that could double as an episode of The Twilight Zone. Screening in TIFF Short Cuts Programme 4

In 1917, two ships in Halifax, Nova Scotia crashed into each other, with one full of explosives that set off what would be the largest man-made blast in human history (it was beaten decades later by the atomic bomb). One story contained within that event involved a British sailor who was thrown over a mile from the blast and lived to tell the tale. Wendy Tilby and Amanda Forbis’ The Flying Sailor animates that story, starting with an upbeat, cheery style before the explosion brings their film to unexpected and spectacular highs. With no dialogue, a blending of different forms of animation, and plenty abstract imagery, The Flying Sailor is an experience that’s as exhilarating as it is entertaining.  Screening in TIFF Short Cuts Programme 1.

Lay Me by the Shore (David Findlay)

Lay Me by the Shore’s opening shot of rushing water serves as a symbol for the experience of its protagonist, Noah (Isla Pouliot), a high school senior who just lost his close friend in a tragic accident. It’s set at the end of the school year when life has to carry on, and Noah gets too swept up by his incoming graduation, work, and social life to even begin dealing with his grief. Shot on 35mm and 65mm by director of photography Evan Prosofsky, Lay Me by the Shore uses the warm colors of its summertime setting to evoke both the freedom and sensitivity of adolescence as Noah tries grappling with his inner turmoil at the most important point of his youth. Recalling Bas Devos’ Violet and Gus Van Sant’s Paranoid Park, Lay Me by the Shore is another impressive work by Findlay, whose prior short Found Me was a Short Cuts highlight in 2020. Screening in TIFF Short Cuts Programme 4.

No Ghost in the Morgue (Marilyn Cooke)

In desperate need for an internship to continue her studies in medical school, surgery student Keity (Schelby Jean-Baptiste) takes a position at a morgue in Marilyn Cooke’s assured character study. With a surprisingly light tone, given its grim setting, No Ghost in the Morgue resembles a quirky comedy on its surface until Keity’s first day on the job, where working with the cadavers throws her into a crisis about continuing the legacy of her late grandmother, who was well-respected in the medical field. Cooke’s film is just all-around good storytelling, elevated by her ability to convey a complex character arc over a short length of time without feeling too contrived. Screening in TIFF Short Cuts Programme 3.

Rita Ferrando’s Pleasure Garden sticks out from the rest of the films in Short Cuts with its sparseness. A woman (Daiva Foy) mulls about her apartment before going to pick up a prescription for pills that will terminate her pregnancy. She meets with her boyfriend (Ishan Mehta) who at one point asks if she wants to discuss it. “Not really,” she says, and that’s the last we hear about it; Ferrando observes her taking the pills, then cuts to a countryside trip the couple takes at a different point in time. As unassuming as Pleasure Garden may look at first glance, it showcases Ferrando’s directorial confidence in the way she slowly builds a space around her characters and story and lingers within it. It’s refreshing to see a film put more value in the questions it asks than in providing answers for them. Screening in TIFF Short Cuts Programme 3.

By far the highest-profile short in the programme, Le Pupille sees director Alice Rohrwacher working with Alfonso Cuarón (here as producer) and Disney to create a short Christmas movie. Rohrwacher being established as one of the more original voices in international cinema today, it’s no surprise Le Pupille is far from a traditional holiday story. Described in the opening credits as a film “clumsily and freely based on a letter” from writer Elsa Morante to her friend, it takes place over Christmas at a boarding school where young girls put up with a strict nun (Alba Rohrwacher, the director’s sister). A series of events, from the kids punished for dancing to a love song on the radio to a lavish cake gifted by a visitor (Valeria Bruni Tedeschi), culminate in a showdown between the nun and her pupils, and by extension between religious devotion and freedom. With a tone that is light on its feet and form quick to change styles at the drop of a hat, Rohrwacher and her playful direction make Le Pupille a fun, breezy experience. Screening in TIFF Short Cuts Programme 5.

While waiting for their parents to arrive, sisters Lola (Isabella Thompson) and Stella (Honor Swinton Byrne) pass the time with Stella’s new boyfriend Luke (Mercer Boffey), who’s about to meet the whole family for the first time. Stella teaches Luke how to play backgammon, and in the process director Hazel McKibbin explores power dynamics between the couple, which Lola recognizes and seizes upon. The most impressive part of She Always Wins is how effortlessly McKibbin lets character psychology bubble to the surface. Quick glances, silent stares, and curt dialogue do the heavy-lifting here; this is a story that exists between the lines, and McKibbin’s greatest strength is how quick and subtle she is at laying everything out with suggestion. It also helps to have a cast as strong as this one, with Swinton Byrne continuing to prove herself a major talent after her performances in Joanna Hogg’s Souvenir films. Screening in TIFF Short Cuts Programme 2.

Canadian filmmaker Daniel Warth’s latest work documents Toronto artist Alicia Nauta as she develops a project, though we don’t know what exactly it is. Warth follows her looking for materials at a thrift store, then in her basement workshop at home—toiling away with camera filters on her phone, mannequin heads, and even drinking a cocktail with a baby bottle. With almost no dialogue, Warth patiently observes his subject toiling away alongside a killer soundtrack (a combination of John Cage compositions and Nauta’s own playlist) before showing the end result. Without saying much, this reveal is disarming in the best of ways, one that seemingly undercuts everything that came before but deepens the film as a whole. What starts out as a somewhat mundane look at the labor in someone’s artistic process opens to much bigger ideas surrounding art, creation, and how one values both things, making Untold Hours one of the standouts in this year’s programme. Screening in TIFF Short Cuts Programme 3. 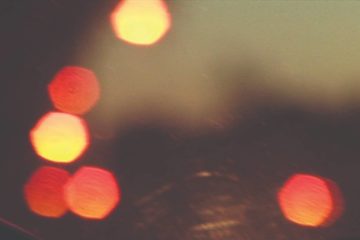