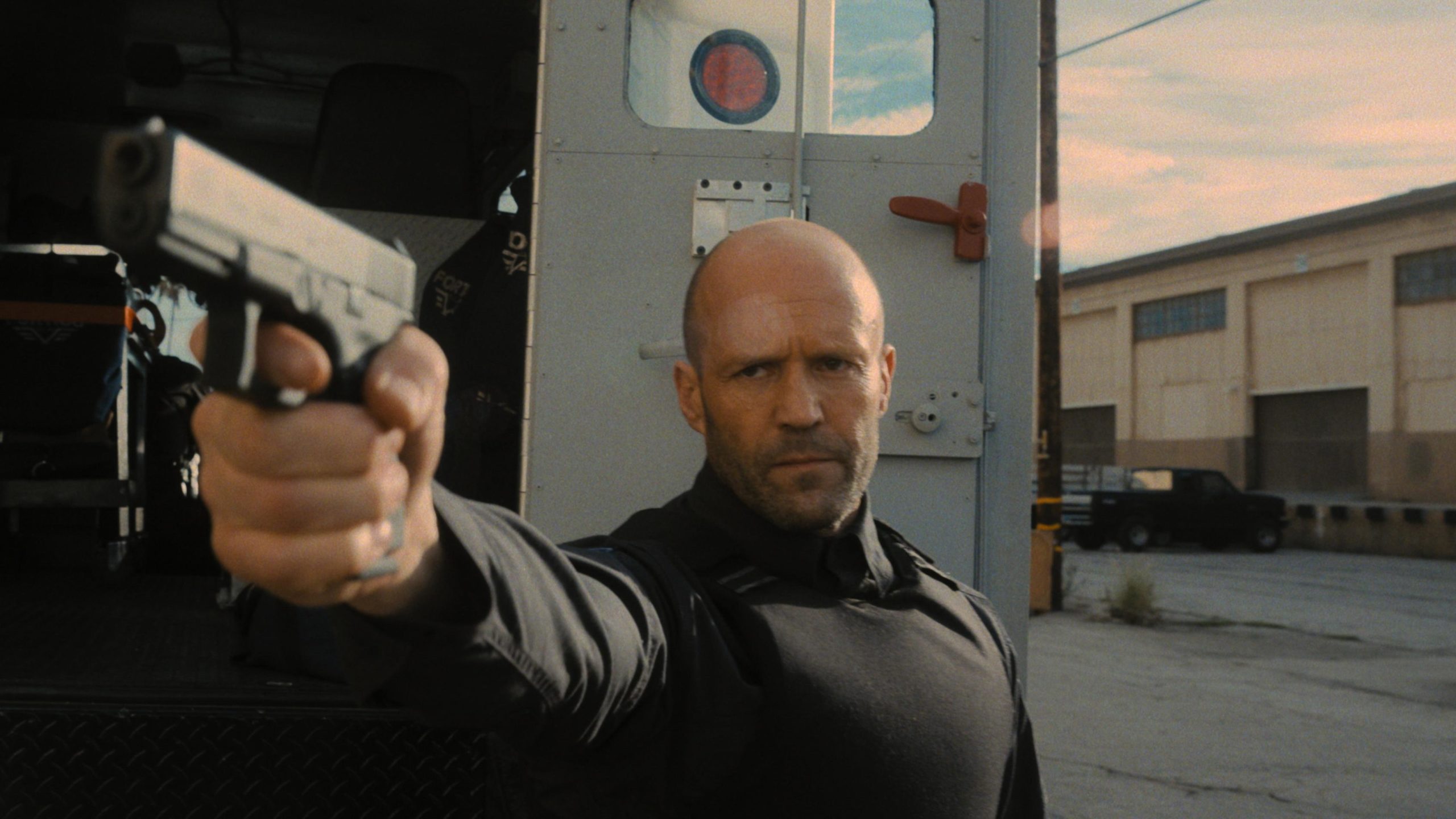 With his new picture, Guy Ritchie continues down a familiar, albeit entertaining, road. Following a decade-plus of big budget tentpoles (two Sherlock Holmes movies, The Man From U.N.C.L.E., a King Arthur, and an Aladdin), the gangster genre auteur settled back into the pocket with last year’s The Gentlemen. Wrath of Man brings back yet another element from Ritchie’s early success: Jason Statham.

Reuniting after Lock, Stock and Two Smoking Barrels, Snatch, and Revolver, Statham plays a man named “H.” He gets a job at a Los Angeles-based armored cash truck company, earning the trust of long-time employee Bullet (Holt McCallany) and the suspicious eye of Boy Sweat Dave (Josh Hartnett). The company is still recovering from a recent robbery gone way wrong. Two guards were killed, and one civilian. Early on we learn that that one civilian was H’s teenage son. Vengeance, as ever, ensues. Based on the 2004 French film Le Convoyeur with a screenplay credited to no less than five people (Nicolas Boukhrief and Éric Besnard get a “written by” while Ritchie, Marn Davies, and Ivan Atkinson get a “screenplay by”), the plot structure is labyrinthian, the dialogue is over-stylized, and the violence is a bit much.

Statham looks incredibly comfortable here, and his out-sized movie star persona fits the character well. He was never a fighting machine in Lock, Stock and Two Smoking Barrels or Snatch, but always calm, cool and collected. “H” barely looks like he’s trying most of the time. Similarly, it is lovely to watch McCallany in a hefty, substantial role that feels written specifically for him. This is one of our most reliable character actors delivering some brutal pragmatism throughout the picture. Hartnett also has fun, taking the piss out of the “reluctant hero” archetype in a big way.

One of the smartest things Ritchie does is introduce the armored truck robbers and build out their side of the narrative in the second act. The move injects energy into the film at the moment everything is getting a little stale. Jeffrey Donovan (another reliable character actor) chews scenery with his intense scowls and soft line reads, while his co-horts, including Scott Eastwood and Laz Alonso, try to keep up. There is only one misstep and it has to do with the ultimate villain. Suffice it to say, the final minutes of Wrath of Man leave a bit to be desired.

There is a nearly unforgivable plot hole (in which characters who have already seen Jason Statham during an essential moment apparently cannot place him later on?) and an Andy Garcia cameo that raises more questions than answers. One would also be remiss not to mention the complete and utter lack of a female character of any consequence, an unfortunate trait of most films of this genre stripe. At under two hours, however, the pulpy entertainment is welcome, including a bevy of twists that recall the recent (and slightly better) Den of Thieves. In a small way, the presence of a new Guy Ritchie caper re-introduces normalcy into the movie theaters. This alone makes it a solid recommendation.

Wrath of Man arrives in theaters on Friday, May 7.