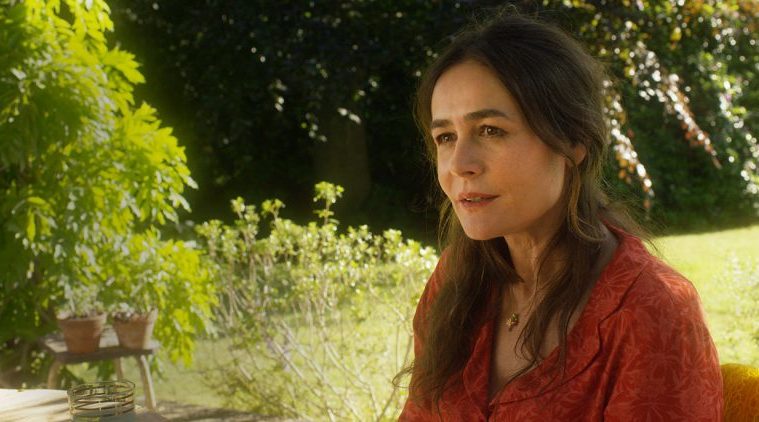 As he jumps between narrative and documentary over the last decade, Wim Wenders‘ contributions to the latter genre have proved more fruitful, with his gorgeous 3D work Pina and the haunting documentary The Salt of the Earth. He came to Venice and TIFF this year with a new film in the former category, The Beautiful Days of Aranjuez, which follows a man and woman’s conversation about love, freedom, and beauty — shot in 3D, of course.

We now have the first trailer and batch of clips, something we recommend watching alongside our informative interview with the director from Venice. As for the film, we said in our review, “The Beautiful Days of Aranjuez, the latest wistful, contemplative narrative effort from German director Wim Wenders, is the type of “European Film” you might have expected Homer to stumble upon in an arthouse cinema in an earlier season of The Simpsons.”

Long-time Wim Wenders collaborator Peter Handke, who teamed with the director on such films as The Goalie’s Anxiety at the Penalty Kick, Wrong Move, and their best-known work, Wings of Desire, provides the source for Wenders’ remarkable new film. First performed as a play in 2012 and greeted by ecstatic reviews, Handke’s Les Beaux Jours d’Aranjuez is a powerful dialogue between a man and a woman. In Wenders’ hands, the piece is re-imagined as a conversation mediated by a writer composing his new novel, thereby turning the two protagonists into the characters in Handke’s work.

Setting the film in a bucolic countryside with the towers of Paris barely visible in the far distance, Wenders again employs 3D to place his characters, and the audience, within a stunning summer landscape. The sounds of the breeze and rustling leaves provide their own interludes to the intense conversation taking place on a garden patio under a leafy bower. As the author muses alone in his study, looking out his window, his characters engage in conversations he is writing. Soledad (Sophie Semin), highly analytical and honest, traces the story of her many loves, from her first sexual experience to her later disillusionments, as her male companion (Reda Kateb) interjects and asks probing questions. He often moves the talk from intense self-examination to the subject of the more prosaic beauties that surround them, while the author finds relief in the magnificent Wurlitzer, from which songs by Nick Cave regularly play.

With Les Beaux Jours d’Aranjuez, Wenders ventures, ironically enough, into new cinematic territory by staying in one place: the master of the road movie isolates the action to a single setting. The wanderer has come home to rest. But appearances are deceptive, and the conversation between the characters travels as far intellectually as his other protagonists voyaged physically.

The Beautiful Days of Aranjuez is seeking U.S. distribution.