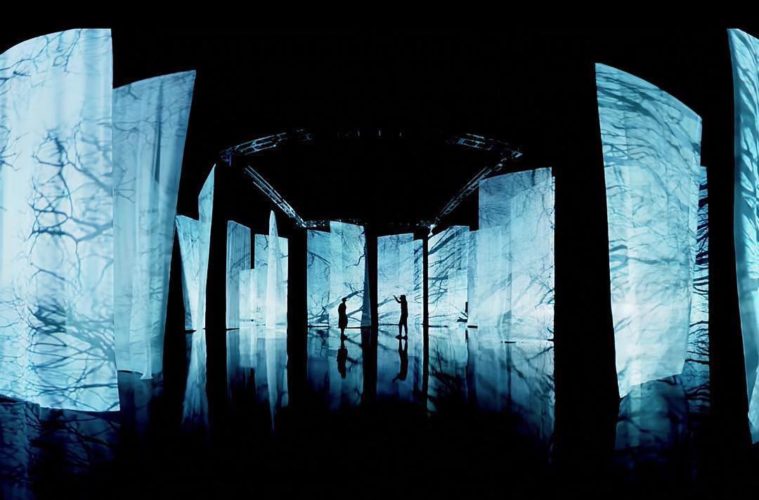 Following last year’s debut of Song to Song at South by Southwest Film Festival, a new project from Terrence Malick premiered at this year’s edition. The VR experience Together, which is directed by Malick and shot by cinematographer Rodrigo Prieto (Silence, The Wolf of Wall Street, Brokeback Mountain), is a movement piece that incorporates the visuals of the director. If you couldn’t make it to Austin (or Tribeca, where it’ll be shown next, and one can see a new synopsis from them below), a video walkthrough has now been posted by Framestore.

Together fuses storytelling, dance and technology, placing the viewer in the center of a stirring, emotional narrative that explores the power of human connection. Working with Movement Art Is co-founders Jon Boogz and Lil Buck, Palme d’Or winning director Terrence Malick has crafted an immersive experience about breaking down barriers that is brilliantly brought to life through choreography.

It wasn’t the only Malick-related project at the festival either. Along with the To the Wonder expansion of sorts, They Kingdom Come, Malick’s longtime collaborator A.J. Edwards premiered his follow-up to The Better Angels, Friday’s Child. Starring Tye Sheridan, Imogen Poots, Caleb Landry Jones, and Jeffrey Wright, the film follows a drifter who gets involved in crime and romance.

Check out the VR walkthrough (via One Big Soul) along with the Friday’s Child clip (via Deadline) below.

Update: Framestore has removed the video. We’ll update if they re-publish.

Together and Friday’s Child premiered at SXSW. Together will next be exhibited at Tribeca Film Festival.