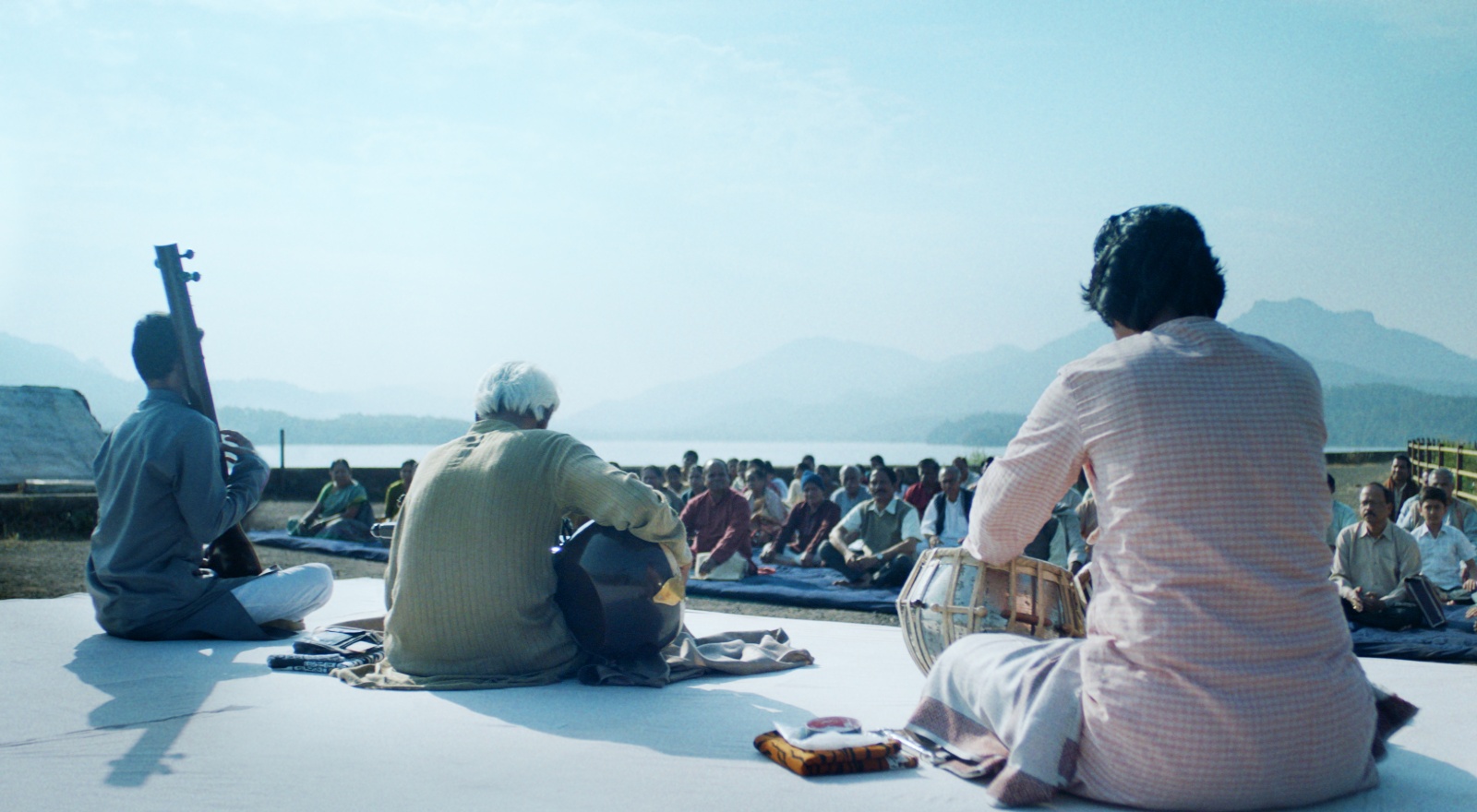 In The Disciple, a dedicated student of traditional North Indian music must grapple with the nagging feeling that he might not be quite good enough. The film is the latest from Chaitanya Tamhane, an Indian filmmaker who made a big splash in Venice in 2014 when his debut feature Court—a naturalistic film that quietly and comprehensively lampooned the Indian criminal justice system––won the Horizons award for best film. He was 27 at the time, still relatively young, yet some called it a masterpiece. Now at 33, Tamhane has followed it with a story about a person who hopes, perhaps in vain, to achieve such acclaim. We suggest approaching with a degree of caution if such doubts sound eerily familiar.

Stories of the also-ran are certainly not uncommon in the movies (Miloš Forman had Salieri, the Coens had Llewyn Davis). Tamhane’s disciple is named Sharad and he lives amidst a hustling bustling Mumbai (the role is played by the musician Aditya Modak, his first on-screen appearance). The film tracks the relationship between Shahad and his widely admired guru, who is played by Dr. Arun Dravid, a real-life proponent of a strict school of teaching whose traditions The Disciple obliquely both reveres and critiques. It is remarkably poised; comprehensive with its subject in the same way Court was with legal minutiae and just as frank about human inadequacy. The Disciple follows Shahad’s life around the 2000s and the present day, along with flashbacks to him as a boy––scenes in which his late father (played by the director Kiran Yadnyopavit), a somewhat famous musician, sows the seeds of his devotion. The man casts a long shadow indeed.

The sense of place is unmistakable. Alfonso Cuáron serves as executive producer and there is a lived-in feeling akin to the Mexico City of Roma here, especially during Tamhane’s nostalgic flashbacks to the Mumbai of his childhood. There is also a stunning, almost magical realist sequence in which the young Shahad takes a trip with his father to see a famous musician who only plays in a particular mountain region at dawn. Shot in glorious widescreen by the cinematographer Michal Sobociński, there is a beautifully uncomplicated consistency to the images that perhaps speaks to Tamhane’s abilities. It is not a flawless achievement, but The Disciple has that feel of a burgeoning master: the patience and sureness of touch; the controlled surrealist flourishes; the sheer ambition and scope.

There is also a welcome spirit of inclusivity. Where another film might bludgeon with didactic approbation, Tamhane holds open a door to this world while leaving enough space for the viewer to decide what they think. Its greatest strength and its grounding element, thus, is surely its humility. The film runs the gamut of gatekeeping purists; struggling musicians; abject beginners; internet trolls; and even a subplot in which a shy rural singer is catapulted to fame in a reality TV show. The musical performances are engrossing and lengthy enough to be hypnotic but unfortunately risk outstaying their welcome. In this regard, it is nothing if not indulgent.

Yet, in the end, Tamhane’s decision to focus on an unexceptional devotee seems profound––and when the singing eventually stops it is the complexity of this central character, with all his dogged sad idealism, that lingers most in the memory. The Disciple asks if it is correct to be so precious with our most sacred traditions. The director offers two excellent scenes to illustrate this: the first when one of Shahad’s students asks to leave to join a fusion band; the second when Shahad meets a brash Indian-American music critic. Room is given for both sides of the argument and we are left with no clear conclusion, except perhaps that life will stubbornly go on regardless. It is a fascinating film.

The Disciple premiered at the Venice Film Festival.