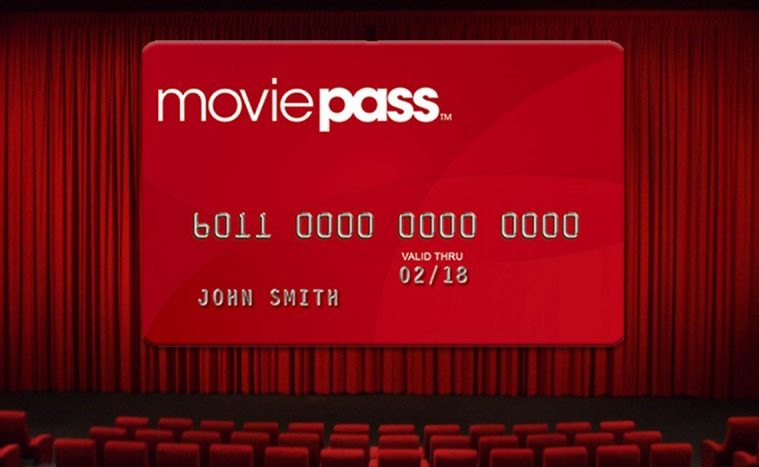 8.15.17 update: MoviePass has unveiled a new policy introducing a universal subscription plan for $9.95 per month. They will have one price point nationwide and it will be for standard 2D films only. See the original story below.

MoviePass, the innovative attempt at “interrupting” the model of traditional cinema exhibition, is finding itself in the line of attack from subscribers on social media due to a change to the how the service allocates tickets to subscribers and a subsequent system glitch. This morning, I spoke with CEO Mitch Lowe, a subscription service veteran who took the helm at MoviePass, a start-up with nine employees in New York City, in June of last year. The system built on providing customers with, on a basic level, access to a 2D film a day at supported theater chains has introduced new limits, denying availability to subscribers after an undisclosed allotment of tickets have been reached for the day, based upon a proprietary algorithm. Citing a nationwide blackout on Sunday matinee showtimes this weekend followed by limited availability on Saturday night, MoviePass users took to social media to express their outrage to the changes.

“I’d like to apologize for the inconvenience,” Lowe stated, announcing the company is continuing to experiment with price tiers to attract additional customers. “One way or another people will love this service,” he said, looking to the future and acknowledging the firm’s experiments with different price models and ticketing procedures has not alway been smooth, even if well-intended. Lowe is the first to admit that “it’s putting a lot of pain on those that have supported us for a long time.”

The New York-based start-up founded by Stacy Spikes and Hamet Watt hasn’t had an easy time of bringing its subscription cinema-going service to market. Its first beta, requiring subscribers to print vouchers in conjunction with Hollywood Movie Money, was rejected by exhibitors at first. MoviePass relaunched as a tech company in 2011, bypassing the box office in favor of an automated kiosk-friendly debit card activated via a smartphone app. While the service was in beta, bumps occasionally slowed the program’s momentum, notably the implementation of a 24-hour clock forcing subscribers to wait that period of time before checking into their next film. The movie-a-day service responded to this frustration, quietly dropping the clock, first in prime markets, and then across the entire user base last summer.

As their new CEO, the company welcomed MoviePass investor Lowe, a tech investor with years of experience in the subscription entertainment game, from brick-and-mortar video stores to being a founding member of Netflix and later a former president and CCO of Redbox. “My passion is trying to figure out the right pricing model and what the costs are to increase people’s consumption of film,” citing Netflix’s evolution from an à la carte DVD rental service (charging $4.99 per week for a DVD rental) to a subscription DVD rental service and later as a streaming video powerhouse. MoviePass, which Lowe claims has driven as much as $100,000 in ticket sales to a single, unnamed Manhattan multiplex last year, is currently negotiating deals with the goal of integrating e-ticketing and mobile concession ordering as competitors Atom Tickets and Dealflicks have.

According to The Hollywood Reporter, as of last month, MoviePass has approximately 20,000 subscribers and $10 million in annual revenue, but is still a few years away from profitability. In data released along with the press release announcing Studio Movie Grill’s investment in the firm, Mather Economics found an incremental attendance lift dubbed “the MoviePass effect” at AMC locations in Boston and Denver in conjunction with the exhibitors Stub’s program, finding average patron activity in these test markets rose from 1.56-1.58 to 3.12-3.54 visits per month. Lowe (pictured right) affirmed MoviePass’ core revenue stream is the subscription services and that the firm has is no longer pursuing ancillary revenues that Spikes once touted, including advertising data and allowing users to pre-order Blu-rays and DVDs of films they had just seen using the service.

In an effort to increase its subscriber base and thus carry favor with exhibitors, the firm began offering some new accounts a capped two-movie a month plan while experimenting with higher tier plans. In addition to rate hikes for some customers, MoviePass sent a test group of users what would become known on social media as the “email of doom,” offering three options: a capped 6-2D film per a month plan for $49.99; an unlimited plan for $99.99 (including 2D and specialty formats including IMAX, 3D and private label large formats like Dolby Cinema and Regal Cinemas’ RPX); or an account termination. For some users that didn’t get this e-mail, they experienced price hikes, including $34.99 to $49.99 in metropolitan areas. Additionally, for some users, a December 2016 update to the app added — without warning or communication to the user base — a stub verification procedure requiring users to take a photo of their ticket.

The firm’s recent ticket allocation affects all subscribers, including those on the $99.99 plan. Once advertised as an unlimited plan comes not so much as a change to its terms and conditions as it does in the form of limited usage in theaters MoviePass has been unable to form a partnership with. While MoviePass’ terms of service have always disclosed they were not responsible for limited inventory (such as sold out shows) the service has implemented an preparatory algorithmic cap blocking out certain showtimes at theaters chains that have not offered favorable terms to MoviePass. Lowe’s goal is to drive consumers to theaters where MoviePass has partnerships versus shutting customers out of whole markets. When the allocation is working properly he states that “theaters where we have partnerships will be available all of the time; theaters where we don’t will be available most of the time.” While MoviePass’ initial communication with subscribers remained vague, a screenshot posted by Twitter user Jared Dailey reveals MoviePass’ customer service group has disclosed the firm has partnerships with recent equity investor Studio Movie Grill, national chain B & B Theaters, as well as Michigan-based regional chains Goodrich Quality Theaters and MJR. None have locations in New York, while Studio Movie Grill has a small foothold in suburban Los Angeles, Chicago, Dallas, and Houston.

Lowe states the firm has additional partnership agreements in the works and will make a formal announcement to users once they have been formalized. MoviePass’ customer service tweeted last October that they were in negotiations with Austin-based Alamo Drafthouse Cinemas, and until an agreement is reached, their new downtown Brooklyn location would not be added to the system. Lowe confirmed with us that talks are still ongoing with the chain, which has a cult-like following, a rarity amongst exhibitors, operating corporately-owned theaters in New York, San Francisco, and Austin while franchising outposts in other markets. While MoviePass has perhaps understandably stopped supporting higher-priced AMC luxury theaters, including LA’s Universal Cinema and New York’s AMC 84th Street, there was an user outcry when they removed Cinepolis’ Chelsea Theatre, which offers an adult 2D ticket price equal to that of the nearby Regal Cinemas Union Square. Cinepolis, an exhibitor with a global footprint in twelve countries, is currently undertaking an ambitious national expansion in the United States.

An independent exhibitor who declined to be identified tells us MoviePass has not reached out to them beyond implementing the service years ago. Lowe states the firm’s door is always open to independent exhibitors and that the partnership process is straightforward and eTicketing can be integrated with the most popular point-of-sale box office platforms. “My hope is we’ll get all movie theaters on board,” said Lowe. Citing Mather’s research in conjunction with the AMC trial in Boston and Denver, MoviePass subscribers tend to take more chances on smaller films. Lowe states, “What’s exciting is the increase of consumption of the low box office films, under ten million dollar films, is huge. It’s like a 250% [difference, when compared to films above that range]. People go 2.5 times more to small films.”

While the terms of MoviePass partnerships are not public, according to a December 2016 press release, Studio Movie Grill — an independent Dallas-based dine-in exhibitor with 24 locations across 10 states — recently invested in MoviePass and is testing an option to order food and beverages and settle your bill in the app. MoviePass’ AMC Theaters in Denver and Boston where e-ticketing has been implemented has also not been subject to ticket availability restrictions.

MoviePass’ latest ticket allocation development — with many of this past weekend’s blackouts attributed to a formula and algorithm that was incorrectly implemented, but was corrected late on Sunday, according to Lowe — has left customers taking to social media to express frustration and anger, yet the CEO remains committed to growing the subscriber base beyond its current 20,000. What remains to be seen is if exhibitors, who sold over 17 million tickets last weekend, will accommodate the start-up that aims to increase traffic to their locations, and if frequent, loyal customers will continue to support MoviePass through it struggles to partner with an industry that has seen very little disruption to its revenue model since the break-up of the old Hollywood studio with the 1948 Paramount decree.