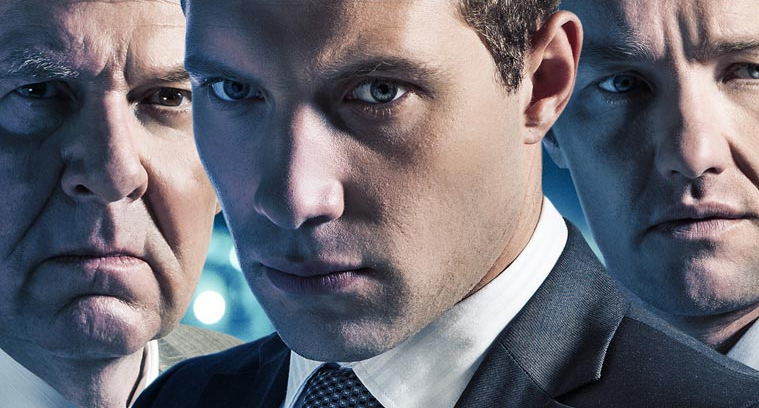 Although Felony has already hit Australian cinemas and premiered at TIFF last year, we have a new trailer for the drama in lieu of its U.S. release this fall. Written by and starring Joel Edgerton, Felony is a Matthew Saville-helmed thriller about three detectives caught in the psychological warfare of a case. Malcom Toohey (Edgerton) finds himself part of a tragic accident, which Carl Summer (Tom Wilkinson) helps to cover up (Jim Melic (Jai Courtney) works to unveil.

With brief clips of an accident, crime scene and child in a hospital bed, Felony seems to include what one desires in a thriller, also highlighting the complexity of being both a hero and a villain at once, as Toohey (Edgerton) suffers from guilt in the aftermath of his crime. Ahead of the October 17th release of Felony (and September 16th VOD bow), the director has also secured funding from Screen Australia for his next film, Screen Daily reports. Titled A Month of Sundays, it will be a comedy with Anthony LaPaglia playing a real estate agent who gets a call from his dead mother.

As we await more details on that project, check out the trailer and poster for Felony, also starring Melissa George, below: Malcolm Toohey is a committed husband, father and a dedicated detective who’s not afraid to put his body on the line. After surviving a shot through his bullet proof vest during a major drug bust, his Drugs Squad rowdily celebrates their success and Malcolm’s courage at the local pub. Although Malcolm has been drinking, he gets in his car to drive home – and a tragic accident occurs. Shortly after, Jim Melic and his veteran partner Carl Summer are assigned to the case. Jim narrows his focus onto Malcolm as Carl does everything he can to cover up the truth for a fellow cop, putting his own distinguished career on the line. As these three detectives become embroiled in a tense psychological struggle, every idea they’ve ever had about the meaning of justice, guilt, and innocence will be questioned. How far will each man go?