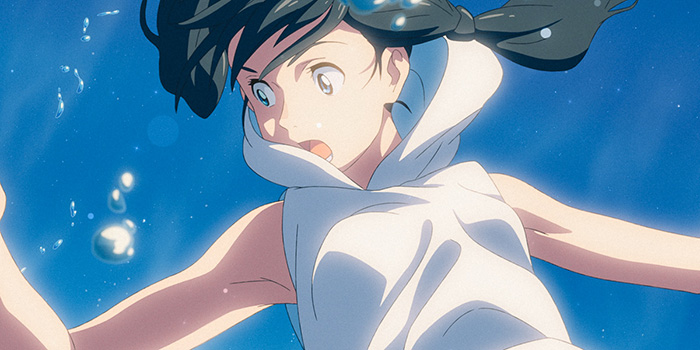 U.S. Teaser for ‘Weathering with You,’ from ‘Your Name’ Director Makoto Shinkai

After Makoto Shinkai’s Your Name. became one of the highest-grossing films in Japan’s history, the director is returning with his follow-up Weathering with You. With voice work from Kotaro Daigo and Nana Mori, the story follows a lonely high school student who moves to Tokyo where he encounters dreary days and meets a girl who, due to strange circumstances, can control the weather. Set for a U.S. release early next year, a new teaser has now arrived for Japan’s Oscar entry.

Jared Mobarak said in his review from TIFF 2019, “This theme of stepping up and embracing responsibility for one’s actions permeates the entire film. Hodaka will inevitably have to face his past before figuring out what’s next. Mr. Suga will need to reconcile the pain of loss with the possibility of love. And Natsumi strives to find a place in this world as more than an afterthought. They each thought they had to do these things alone until finding one another to be rocks they can rely on without reservation. Hina can be reckless because she knows Nagi has people who care about him and Hodaka can think about sacrificing himself to save her while the rest run interference and give him time. The world might have finally stopped dismissing their dreams as deficient to long-standing tradition.”

GKIDS proudly presents the highly-anticipated new film from director Makoto Shinkai and producer Genki Kawamura, the creative team behind the critically-acclaimed, global smash hit Your Name. The summer of his high school freshman year, Hodaka runs away from his remote island home to Tokyo, and quickly finds himself pushed to his financial and personal limits. The weather is unusually gloomy and rainy every day, as if to suggest his future. He lives his days in isolation, but finally finds work as a writer for a mysterious occult magazine. Then one day, Hodaka meets Hina on a busy street corner. This bright and strong-willed girl possesses a strange and wonderful ability: the power to stop the rain and clear the sky…