Tribeca Review: The Black Phone Exists in an Uncanny Valley Between Realism and the Supernatural 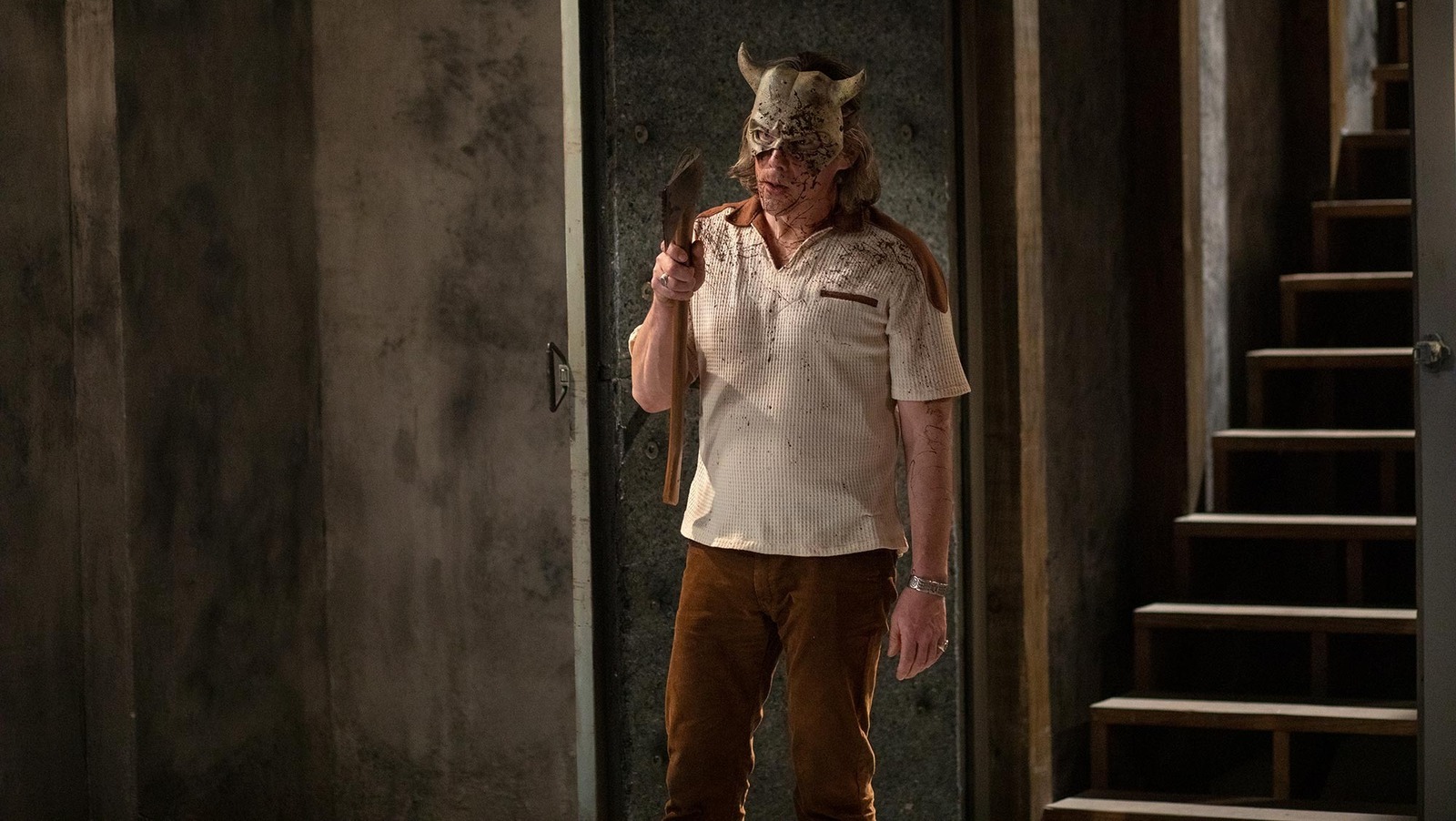 Despite the rich texture of its late-1970s setting—the beginning of the latch-key kid era—Scott Derrickson’s The Black Phone fails to transcend its central premise. At its heart it is a contained thriller with only a few new ideas. In this adaptation of the fairly straightforward short story by Joe Hill, the specter of disappearing children haunts a North Denver suburb where children seem to grow up too quickly, getting into real fights that in the current day might lead to lawsuits and therapy. Rather than grabbing for ice and calling the lawyers, kids are told to walk it off.

Family violence is a theme running through this film, which focuses squarely on the Shaw family—8-year-old Finney (Mason Thames), 9-year-old clairvoyant Gwen (Madeleine McGraw), and their abusive alcoholic father Terrence (Jeremy Davies). Gwen has visions of the local snatcher that has stolen a few neighborhood children, leading to an intervention at school. She is of course defensive when questioned by the police, asking her where she would have learned of certain facts that have not been yet made public.

When Finney is snatched by the “the grabber” (played by Ethan Hawke) and confined to a creepy basement, she springs into action, praying to Jesus for a vision. Her father seems to carry on without any emotion or spectacle––for him, his children are an inconvenience that gets in the way of drinking.

Melding psychological textures with realism, Derrickson and co-writer C. Robert Cargill have crafted a film that gets much of the atmosphere right, shifting into a grainy aesthetic that mirrors 8mm home videos when occupying Gwen’s mental space. It’s a shame the remainder is rather by-the-book—standard jump scares, some supernatural elements. There is little doubt about what may happen, even if Black Phone explicitly explores the real effects of child abuse and violence within this community where kids seem to be beaten within an inch of their lives in a standard playground dust-up.

Walking a fine line between realism and not, The Black Phone loses its way as Finney is tormented by the Grabber. He’s locked in basement with a seemingly non-working phone and cheap mattress with stained bedding. Derrickson never quite settles on what he wants to do: explore the more realistic elements that create monsters like “The Grabber” or simply scare viewers with cerebral tones.

The Black Phone is not without entertaining passages and a rich aesthetic, here brought to life by cinematographer Brett Jutkiewicz and production designer Patti Podesta. It is more interesting “above ground” and outside the domain of Hawke’s Grabber, a one-dimensional serial killer of children abducting them in his shady van with black balloons and chloroform. Despite all working elements for a thriller being present, something feels lacking throughout.

Perhaps The Black Phone should have pushed its premise a bit more, building real stakes and real thrills in a deeper analysis of its archetypes. If performances by Thames, McGraw, and Hawke are strong, there could stand to be a few more twists and a bit more character development to transcend what is a middle-of-the-road psychological thriller. The Black Phone lands in uncanny valley—somewhere between an intelligent thriller that stays with you and a disposable summer entertainment built around jump scares.

The Black Phone played at Tribeca Festival and opens on June 24.