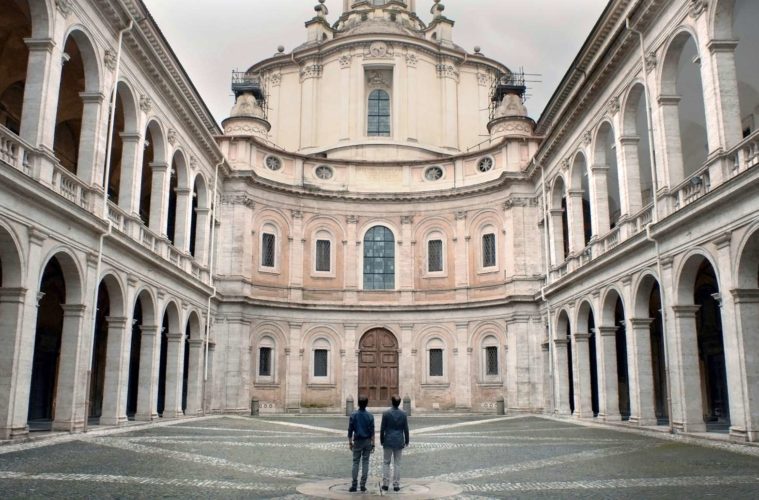 We said in our review, “the 67-year-old American-born filmmaker is waking from a dormancy of five years with La Sapienza, so it’s appropriate that this startling architectural juxtaposition feels like a wake-up call. Green is more than capable of deploying these precisely when he needs to, for he establishes a distinct editing pattern early, one nonetheless broken rather liberally. Following a handful of establishing shots, conversations take place in an immaculate shot-reverse-shot fashion, each line originating from the on-screen figure without exception, who looks directly into the camera. As tension mounts or the conversation grows more intimate, the close-ups will cut a little bit quicker, as if ceding the reverberations of the last few syllables that follow the end of a sentence, and the camera gets a little closer, leaving less and less headroom. As a viewer, the effect is hypnotizing, all but forcing one to search for motives and other character intricacies: it appears that these people are looking you directly in the eyes, and breaking eye contact is difficult, although a flustered or uncertain character will occasionally grant you mercy by turning away for just a moment. It’s a brilliant way to bring these characters to life.”

Named for the famous seventeenth-century Roman church Sant’Ivo alla Sapienza, which was designed by the legendary architect (and Bernini rival) Francesco Borromini, La Sapienza echoes Rossellini’s Viaggio in Italia in its tale of Alexandre Schmid (Fabrizio Rongione), a brilliant architect who, plagued by doubts and loss of inspiration, embarks on a quest of artistic and spiritual renewal guided by his study of Borromini. His wife Aliénor (Christelle Prot), similarly troubled by the crassness of contemporary society — as well as the couple’s lack of communication and passion — decides to accompany him. In Stresa, a chance encounter with adolescent siblings Goffredo (who is about to commence his own architectural studies) and his fragile sister Lavinia upends the couple’s plans. As Borromini’s spirit and the vertiginous splendour of his structures spin a mysterious web among them, within the course of a few days the foursome experiences a series of life-altering revelations.