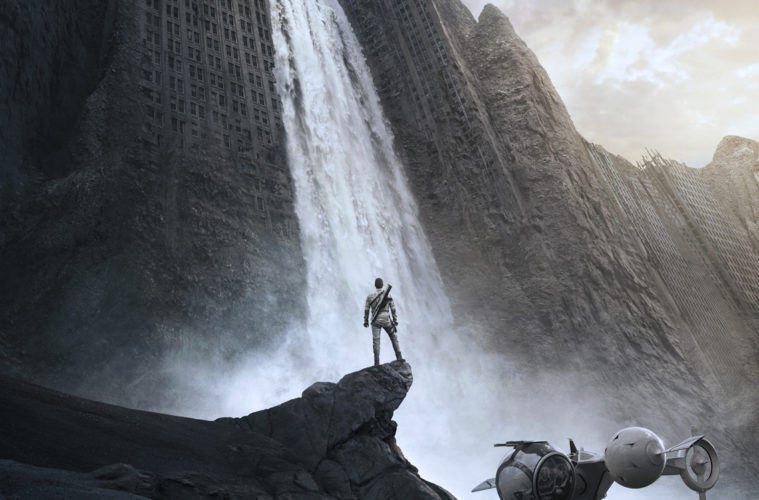 While his last few blockbuster features have seen him strictly in action mode, Tom Cruise is about to enter a whole new world with the sci-fi film Oblivion. Director Joseph Kosinski‘s Tron: Legacy follow-up sees Cruise on a dystopian Earth as he gathers vital resources from the war-torn planet.

While a trailer is set to debut this Sunday, the first impressive poster has arrived via IGN and it sees our star look up at a very different New York City. Although the helmer’s last effort was severely lacking in story, hopefully this one makes up for it, as he clearly has an excellent visual eye. Check out the poster below for the film featuring a score from M83 and also starring Morgan Freeman, Olga Kurylenko, Andrea Riseborough, Nikolaj Coster-Waldau and Melissa Leo.