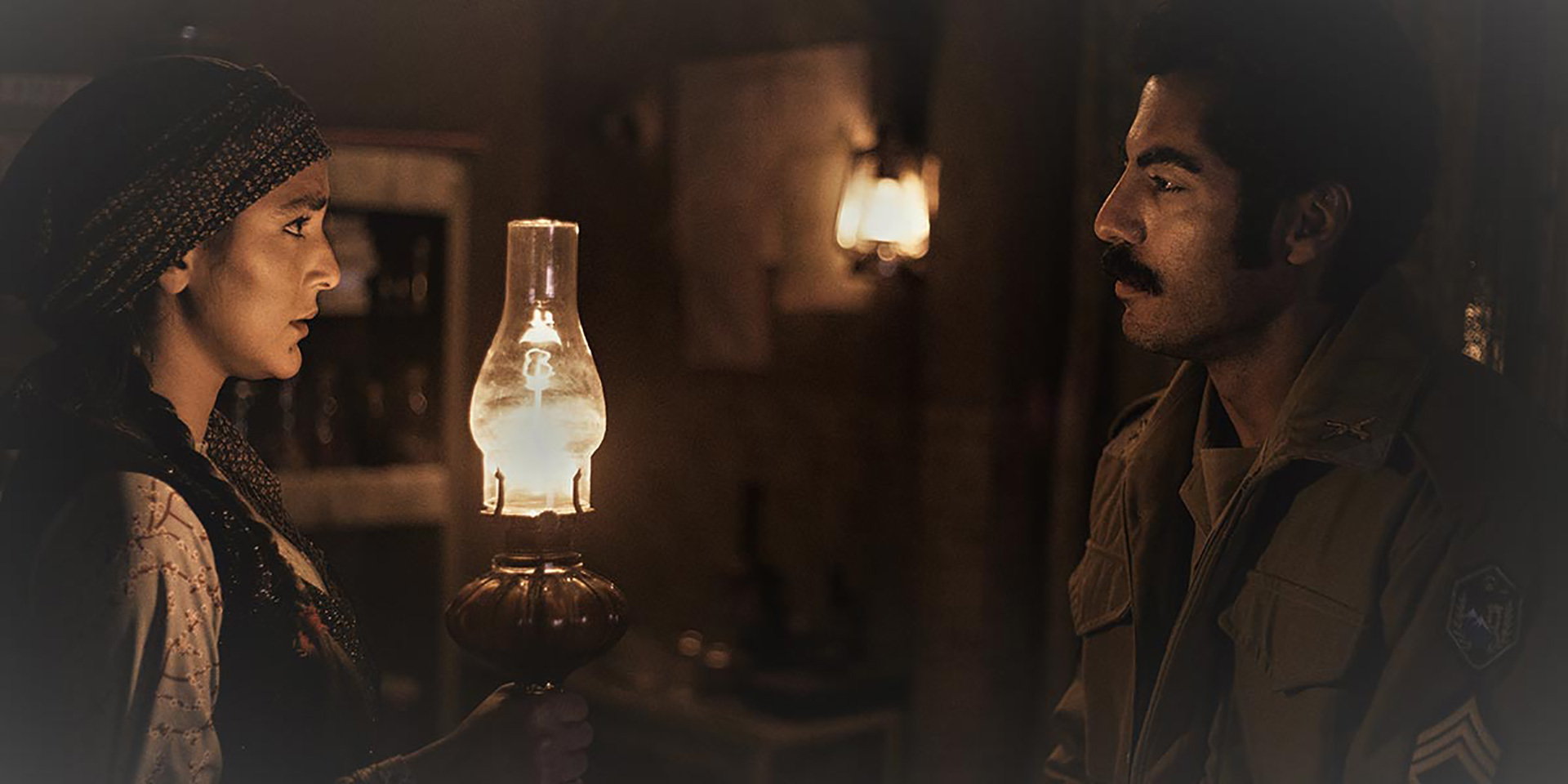 ­­The inhabitants of Zalava were never meant to stay in one place. Their ancestors were nomads and now they’ve become farmers. So where did the demons come from? Were they always here, waiting for settlers? Did their relatives bring the evil with them? Or has the restlessness in their bones from staying in one place for so long simply made them stir crazy to the point of needing those spirits to provide context for their anxieties? They admit to the sergeant (Navid Pourfaraj’s Massoud) from the town down the road that demons only come once a year. That’s their excuse for why it’s not a big deal. It’s possible, then, that harvest-season stress is too much to bear. Either way, something must be done.

Their solution is tried and true. First they single out the person who is possessed. Then they enlist an exorcist to come and remove it, trapping it in a jar before expunging it for good (you know it’s in there if the glass doesn’t break upon landing after being thrown high into the air). And lastly, when all else fails, you shoot the person so blood spurts out, expelling the demon with it (just aim for a leg so you aren’t also burying a body). Massoud knows this is what they’ve always done, but he hit his breaking point after a boy lost his leg to these ancient traditions. He therefore goes to Zalava, confiscates their rifles, and forces them to confront reality. They let the latest victim die instead.

Director Arsalan Amiri and his co-writers Tahmineh Bahramalian & Ida Panahandeh are putting superstition on trial. And whether a supernatural jinn is present has no bearing beyond belief; there’s no real means of proving it, anyway. While it would probably behoove Massoud to just let the villagers be and mitigate the risk by letting them shoot one person each year, he has experienced similar mindsets before and must reckon with the reality that the damage wrought goes much further. He knows they aren’t harming just one person. They’re setting a precedent to blanketly harm whomever they choose for whatever act they deem to be demonic. Letting them continue to pass down this cultural barbarism ensures the price paid will escalate with each new generation.

Massoud will stand his ground, even if it costs him his job. The woman he loves (Hoda Zeinolabedin’s Dr. Maliheh) currently residing as their neighbor to take fluid samples for the government helps this decision, though, since he doesn’t want her to accidentally get caught in the crossfire. Respected exorcist Amardan (Pouria Rahimi Sam) is thus chosen to be his scapegoat. Massoud will once and for all open these people’s eyes by exposing him as a fraud. Except, of course, that fear-based beliefs like this don’t handle contrarian ideas peacefully. They have contingency upon contingency to reformat the facts however they see fit. Even if Massoud gets Amardan to admit he’s a charlatan, odds are they’ll blame it on a demon and open fire out of pure instinct.

So don’t expect anything too crazy here. Zalava is a satirical take on mob mentality and the circles those caught under its spell will run to prove to themselves that the most insane explanation for any given event is really the sanest. They’ll wear safety pins to ward off spirits with the metal, keep guns at the ready, and even willingly burn people alive if it means ensuring the rest of them won’t have to be hurt as well. And the reality that you can never provide evidence to change their minds (demons would have to exist to prove they aren’t present) only ensures the staunchest non-believer will inevitably discover their own sliver of doubt. What harm is keeping the jar shut if it placates the masses anyway?

Amiri and company don’t shy from the inherent humor of this absurd conundrum. They let Massoud be so serious that he flirts with self-parody, the villagers so frightened that they must talk themselves out of acting against their own best interests. Not wanting to die, the younger residents try cajoling their elders into finding a different way to rid them of evil; meanwhile those old stalwarts are becoming unpredictable, both in their refusal to bend and the tragedy of age causing them to lose their ability to think straight or aim properly. Throw any wrinkle into the equation and prepare yourself for an epic stand-off exactly like the one that fills the final 20-or-so minutes with electrifyingly volatile suspense.

Things ultimately transform into a thought experiment wherein Massoud becomes the last line of defense for sanity. Pitting Pourfaraj against anyone guarantees fireworks, since none are willing to give an inch. Nor should they. As Amardan (Rahimi Sam shines brightest) proves, his reasoning is sound, even if its foundation is built upon delusion. We watch him perform his rituals in spaces where no one else can see—he’s tricking himself if he’s tricking anyone. The inherent danger isn’t discovering he’s lying, but that he might not be able to lie even if he tried. These people are so lost that they’ll put themselves in harm’s way with earnestness. So even if they somehow convert Massoud to accept irrationality, saving everyone may no longer be possible.