TIFF Review: The Tsugua Diaries Insightfully Explores the Perception of Time During the Pandemic 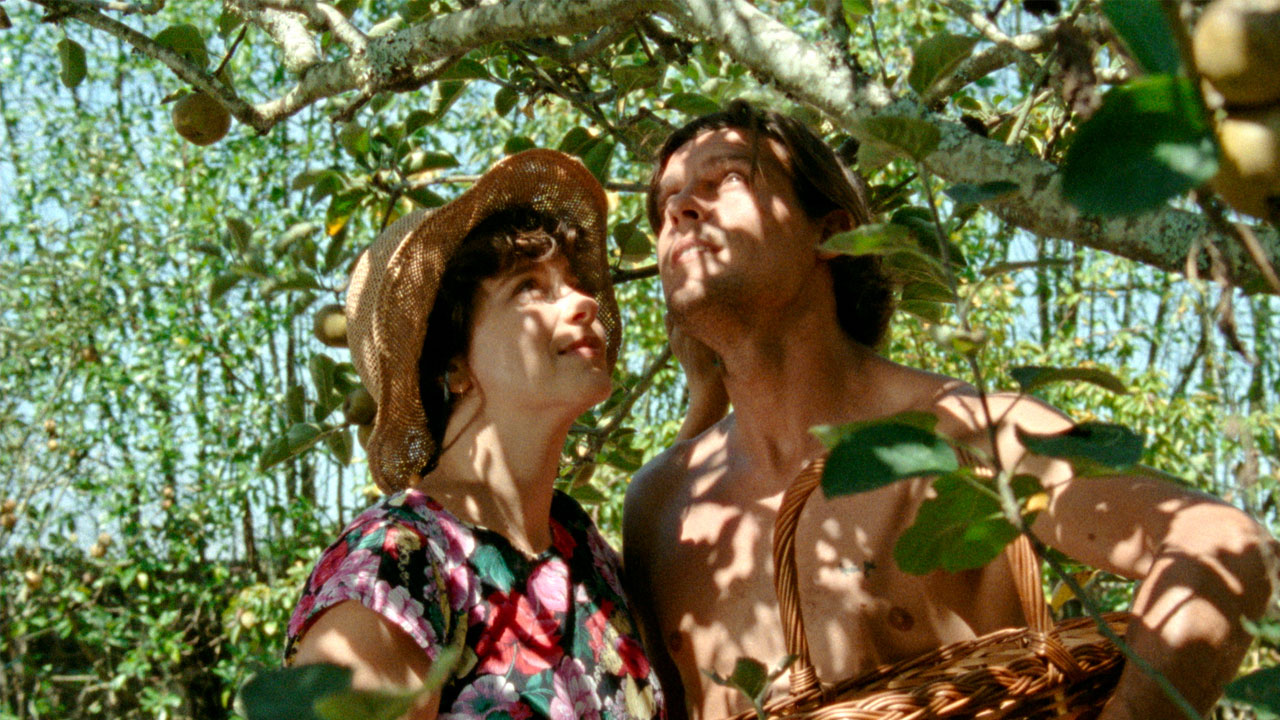 When the idea of “pandemic movies” becoming a sort of subgenre was formed and necessitated by global conditions, there was a groan that could be heard around the world. We know how this goes. Artists will jump on gimmicky opportunities to shallowly explore interior space and entrapment. It became a cliché before any movie was even made. Yet some great artists found a way to make unique, memorable studies of the current moment. Mati Diop’s In My Room used interior space and feelings of inability to escape to explore monotonous life. Rob Savage’s clever Host turned entrapment into a nightmare of computer-aided terror. The latest film from Portugal’s Maureen Fazandeiro and Miguel Gomes is an exercise in how art itself––and, by virtue, the people involved in making it––has been changed by the pandemic.

The Tsugua Diaries are essentially a recounting of both the narrative arc of three characters secluded in a house with a garden and the movie’s actual crew discussing different aspects of filming––from character interpretations, improvisations, food and lodging, and of course COVID safety precautions required by the government film division funding this movie. Tsugua starts with Crista (Crista Alfaiate), Carloto (Carloto Cotta), and João (João Nunes Monteiro) having a small dance party among themselves jamming, then the previous day discussing their shyness and reluctance to have many people invited for a party.

Despite the reverse chronology, several scenes are tailored to seem ambiguously connected to both the future and past. After João witnesses Crista and Carloto share a passionate moment, Fazandeiro and Gomes cut to what is supposed to be the previous day, where Joao says he couldn’t sleep the night before, but that response could easily relate to the conclusion of the day after. This double-defining of time is also realized in the movie’s blurring of fiction and documentary. It eases itself into the reveal, where we get bits and pieces of the veneer of fiction breaking. Actors begin repeating lines they’ve said before with different intonations––possibly as part of rehearsal––and the direction gets more restrained as the neon lighting and radically composed shots become simple establishing and head-on close-ups. Towards the exact middle a long sequence of the main cast and directors having a full discussion about the concept of the project plays out and, from then on, it takes a completely different form.

The reverse chronological structure of The Tsugua Diaries––made explicit by title cards counting the number of days backward––could’ve become a gimmick in the hands of filmmakers not attuned to time’s inextricable relationship to cinema. The name itself is sort of a corny gimmick––Tsugua is August spelled backward. Fazandeiro and Gomes, however, have spent their careers creating a cinema of hybrid synergy, excavating the ways structure changes perception and how reality, fantasy, and history collide in a single project. The immediate reality of the pandemic and ensuing isolation changed our perception of time more than anything else—not only in the sense that we lost track of it, but that we became enamored with the past in savoring moments and looking back at our lives inexplicably changed.

Throughout The Tsugua Diaries we see a still shot of two fruit that change color, initially rotting, then in the ripe stage, and then un-ripened. Finally, we see how it was actually picked from the tree. This contextualizes the film in a way its characters and creators are self-aware of their project and choose to use the fruit as a means of documenting and reminding themselves of the passing of days. This is perhaps the most relatable depiction and examination of life under COVID cinema’s seen thus far––where the contrast between our sense of time and our lives tethered to it have been completely upended, but nature continues its march undeterred and unaffected.

The Tsugua Diaries screened at the Toronto International Film Festival.