TIFF Review: The Kid Detective Finds Adam Brody On the Beat and Past His Prime 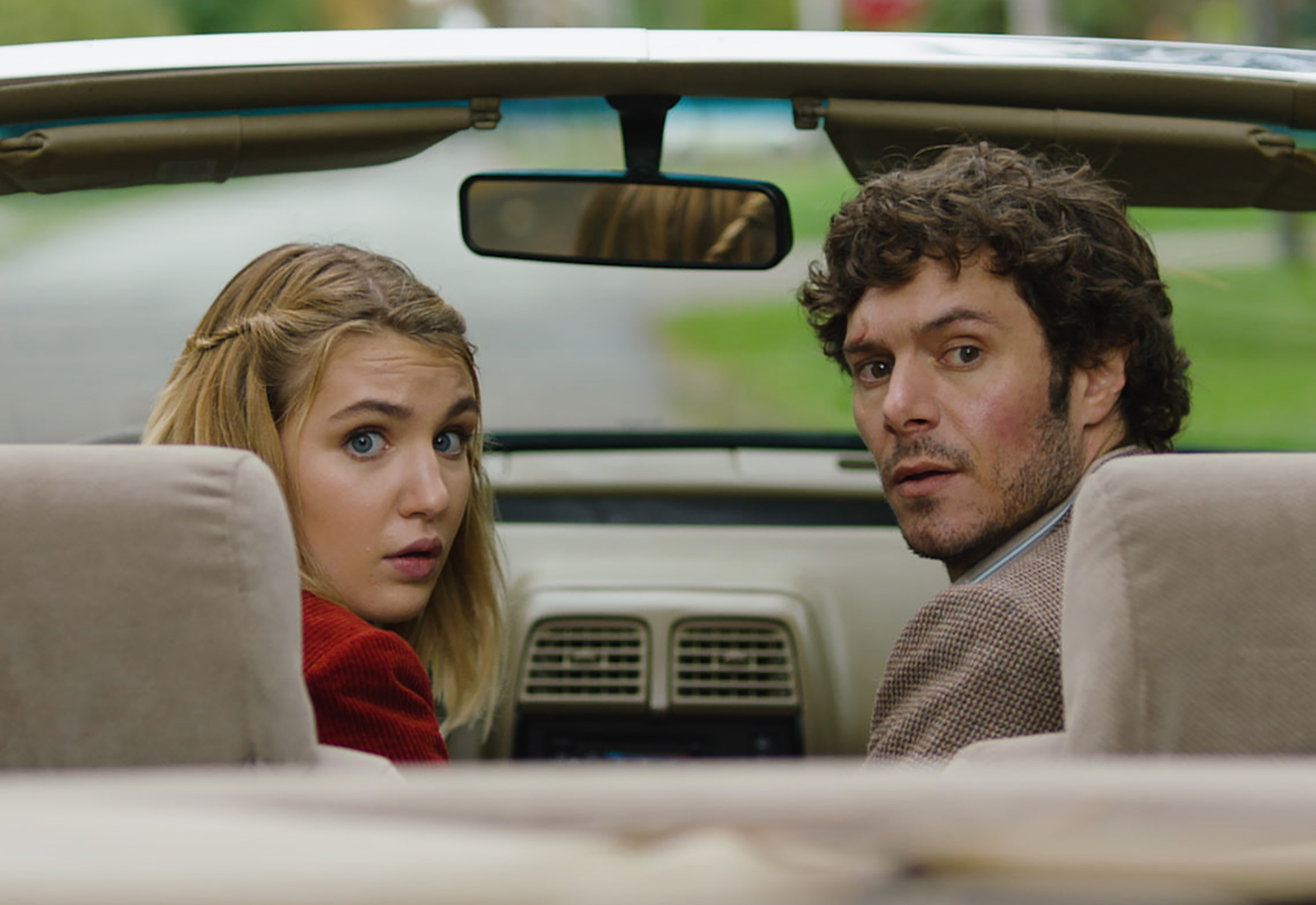 The premise behind Evan Morgan’s The Kid Detective definitely hit upon my nostalgia as a big fan of the HBO Encyclopedia Brown series when I was a kid. You do wonder what might happen to someone like that as they grow older. Do they become cynical? Depressed? Do they become actual private detectives or go into the police force? A real-world Encyclopedia Brown would have to face the reality that what they thought they were doing was never actually what it was. Being the cute kid to whom the mayor gives a key to the city and the town pitches in to rent office space isn’t the same as being a qualified law enforcement official citizens can rely on. Public celebrity doesn’t garner public trust.

That’s a long, sobering fall to take on its own let alone with the baggage still haunting Abe Applebaum (Adam Brody) two decades after his photo was regularly shown on the local newspaper’s front page as a lark. He used to help kids find missing homework. He assisted Principal Erwin (Peter MacNeill) in discovering who stole the school’s fundraiser money. Constable Cleary (Maurice Dean Wint) took him under his wing, he had moles planted inside the notorious “Red Shoe Gang,” and he even had Mayor Gulliver’s daughter Gracie (Kaitlyn Chalmers-Rizzato) answering phones for the low, low price of grape soda. But then everything changed. Gracie disappeared and he had no clue how to find her. The first case that truly mattered had arrived and he failed.

So here he is waking up every morning with a hangover before being perpetually late to work at that same tiny office with an apathetic secretary (Sarah Sutherland’s Lucy) who can’t be bothered with professionalism when their best client is Mrs. Gulliver and her lost cat. His parents (Wendy Crewson and Jonathan Whittaker) don’t know how to tell their thirty-year-old son he needs to give up on a dream he still delusionally thinks turned into a career and a once vibrant town of smiling faces reveals itself to be a shell of its former self covered in graffiti. It’s as though Gracie’s kidnapping stole the hopeful innocence of the entire community. As they moved on to face facts with newfound cynicism, Abe kept going through the motions.

How could he therefore refuse a teenager (Sophie Nélisse’s Caroline) when she shows up at his door with a case big enough to rekindle the magic and reform his deadbeat reputation? Her boyfriend was murdered a couple weeks prior and the police were no closer to finding a motive let alone a killer than the day they found his body. Caroline is a satisfied customer (Abe figured out who stole her birthday money) and desperate for answers. So they drive around to collect statements—a process that proves he’s out of his depth and she’s too naïve to notice. Abe pushes forward anyway, falling into old habits of breaking into houses and hiding in closets. What was wholesomely endearing at twelve, however, is criminal at thirty.

Morgan leans on this juxtaposition for the film’s duration as a way to punctuate a narrative that he’s dialed way down pace-wise to approach hard-boiled noir. It works to a point thanks to Brody’s own apathetic malaise rising to the occasion to conjure laughter, but anyone who isn’t one hundred percent on-board with that specific tone will surely find it a struggle to endure. You can’t fault Morgan for this approach, though, since he never confuses the audience into thinking The Kid Detective is a laugh-out-loud comedy. He wants to engage with the psychology of Abe as a character with real regrets and crippling depression. He writes this case as an avenue with on Abe can finally look back at who he was with pure objectivity.

The picture isn’t pretty. Whether it’s acknowledging the reality that he’s gone from heroic to pathetic or revealing his many fallibilities, you won’t be surprised to learn Abe hits the bottle (and drugs) pretty hard about halfway through. If not for Caroline’s earnest belief in his capabilities, things might have fallen apart completely. That she comes back to fight for justice despite Abe’s own naiveté when following leads lights a fire beneath him to at least keep going. Does he actually think he’ll solve the murder? Not a chance. As we later find out, though, he’s nothing if not tenacious. When he says he won’t rest until there’s closure, he means it. The unfortunate truth, however, is that those words usual provide an inability to rest. Nothing more.

It’s a good role for Brody by simultaneously feeding on the typecast nature of him being neurotic Seth Cohen from The O.C. and rejecting it by toning down the sarcasm and replacing it with fatigue. Abe is beat down and defeated—making Nélisse the perfect foil to remind him about the preciousness of life. We laugh at his glimpses into the past via narration because they’re written with as much wit as sorrow. We laugh at his seeming ignorance towards just how far his goodwill has fallen and how his determination often exposes his myriad shortcomings for the world to see. And yet he does have his moments of clarity. He does know what he’s doing when his confidence can match his intent. He just needs a spark.

When it finally arrives, however, know the revelations he uncovers are extremely dark. There was a good chunk of time where I wondered if Morgan would have been better off making this PG since Abe is mostly dealing with teenage children throughout, but that notion went right out the window when the horrors connecting past and present become visible. Where it ultimately heads is the off-putting border of Jody Hill territory as it starts getting difficult to discern whether we should be entertained or aghast. This is no truer than the final scene’s heavy emotional release. As a response to everything that’s been building since the first frame, it’s devastating. As an isolated incident in tonal context to the whole, it’s discomfortingly funny. That contradiction makes everything worthwhile.

The Kid Detective screened as part of TIFF Selects at the Toronto International Film Festival.