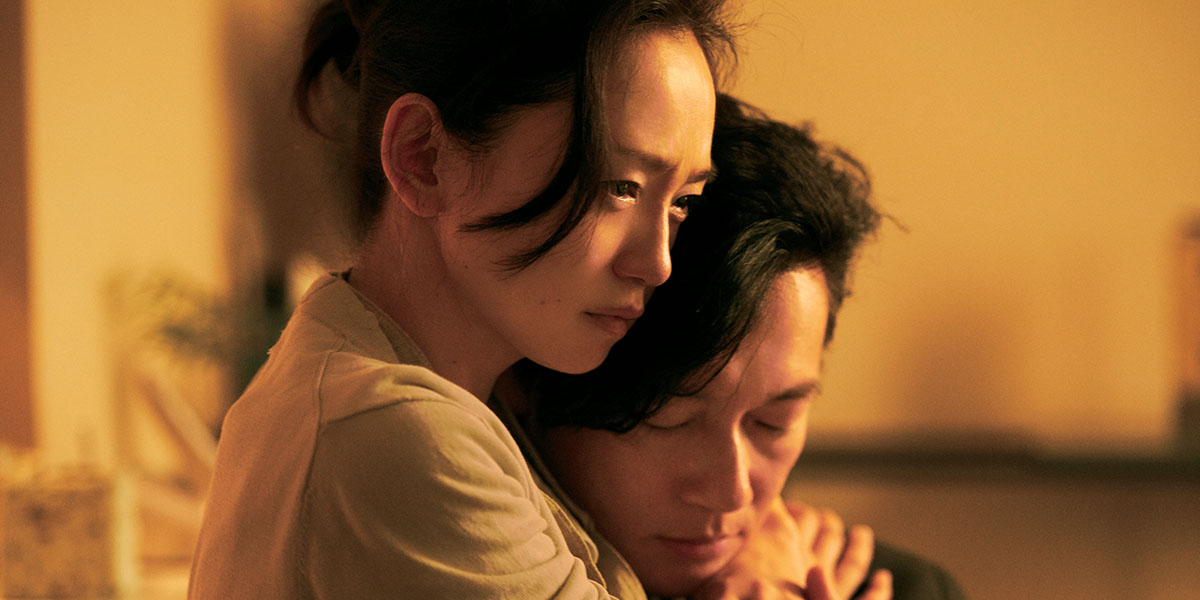 Naomi Kawase is a divisive name on the festival circuit, though you might be surprised that’s the case when actually watching her work. A mainstay at the Cannes Film Festival for over two decades, Kawase boasts fluidity in form and feeling. She blends documentary and fiction while putting her stories within a context that reveres the natural world, an approach that has inspired admiration for some and annoyance for others. But whatever one accepts or rejects from Kawase’s films is irrelevant to the fact that she has a distinctive voice, and the way her vision adapts to or clashes against cinematic conventions can be a rewarding experience in itself.

True Mothers, Kawase’s adaptation of a novel by Mizuki Tsujimura, might be her most plot-heavy work to date. Structured as a mystery of sorts, it hinges itself on a central moment to tell two different stories. The first concerns couple Kiyokazu (Arata Iura) and Satoko (Hiromi Nagasaku) along with their adopted toddler Asato (Reio Sato). The film flashes back to show their struggles with natural childbirth before discovering a service called Baby Baton, where mothers unable to raise children offer them to parents willing to adopt. The second story follows Asato’s birth mother Hikari (Aju Makita), a pregnant pre-teen who’s put into the Baby Baton program by her parents. Hikari finds the whereabouts of Kiyokazu and Satoko years after giving away her son, leading to a meeting between the two mothers that throws a wrench in both their lives.

This thematic territory can reek of sentimentality and mawkishness, and to some degree the film indulges with a heavy score, even a theme song that closes things out. But these moments don’t land in the way one might expect because of how Kawase deals with her subject matter. For one, there’s no drama surrounding Asato. He’s aware of his adoption and has no issues comprehending the fact that he has two moms. An early storyline wherein Asato gets accused of hurting a classmate at school shows Satoko worrying if she might not know who her son is; it’s resolved quickly, as if Kawase wanted to establish what she’s not interested in. Kawase prefers to focus on how her characters deal with the situation rather than mulling ambiguities over whether one side is right or wrong. The closest we get to something like that is how the two storylines highlight Kiyokazu and Satoko’s choice to adopt from a mother who has no choice in the situation.

It’s these kinds of choices that pull True Mothers back from becoming too manipulative or cloying. There’s a strong emotional core, powered by Kawase’s sincerity that lets things unfurl itself in unexpected ways. In Hikari’s story, she finds herself shipped off to a secluded house in Hiroshima where the founder of Baby Baton (Miyoko Asada) houses expecting mothers until they give birth. It’s the first time Hikari experiences a supportive environment since her pregnancy, and as she experiences this change the film suddenly assumes the form of a documentary: characters become interview subjects, and there’s no sense of how much in the sequence is real or staged. It’s a bold move that’s somehow seamless, lasting several minutes before switching back to a narrative mode.

Unfortunately, the multi-narrative structure and its contrivances tend to work against stronger elements, which tend to happen when the plot takes a backseat. But Kawase remains a fascinating artist, and for as much of a struggle True Mothers can be it’s offset by its subdued uniqueness. From the title and story, Kawase presents a situation bound to inspire questions of which parent is the “real” one and which side to pick. Rather than answer these questions or provide something decisive, she proposes an entirely different outcome, one striving for acceptance and harmony. There’s value in exploring that idea, even if the journey might be a rocky one.