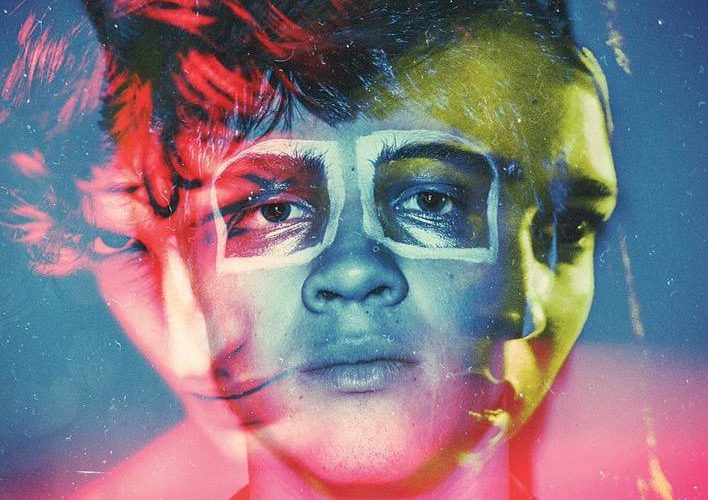 Writer/director Stephen Dunn’s feature debut Closet Monster cares little about convention to tell the story of Oscar Madly (Connor Jessup) growing up with a psychological revulsion to his sexual urges, all thanks to an extremely disturbing event witnessed as a child. This prologue glimpse at his youth (played by Jack Fulton) is a mash-up of tough coming-of-age-dramatics and a dark-edged imaginative whimsy that intrigues to draw you closer. It will be divisive with an idyllic world’s caring father (Aaron Abrams‘ Peter) “pushing” dreams into his son’s head via a balloon, a talking hamster named Buffy (voiced by Isabella Rossellini), and the horrific teenage assault of a homosexual with a piece of rebar in a cemetery. But this tumultuous roller coaster is worth you sticking around.

The tone takes some getting used to because the fairy tale sheen has you wondering about the film’s goals. To my mind they merely help illuminate tough subject matter with anarchic genre tilts so we’re never bored or beholden to generic preconceptions. How could you be when Oscar’s talking pet as a child remains his best friend and confidant as a senior in high school? The same goes for the depiction of Peter moving quickly from devoted Dad to domineering husband and back until Oscar becomes the target of his immature temper after Mom (Joanne Kelly‘s Brin) is gone. Suddenly you understand everything is filtered by the lead’s mind—dreamy as a child and cold as a teen. Striving to be hopeful is harder than it looks.

That coldness is helped by his father’s insensitive remarks about that young boy found paralyzed. Oscar asks why anyone would do such a thing and the response is matter-of-fact: “He was gay.” It’s no wonder the feelings he gets a decade later meeting newcomer Wilder (Aliocha Schneider) at work spark gruesome, visceral pain in the pit of his stomach. Oscar knows he isn’t attracted to women—although Peter smiles at the notion his son’s friend Gemma (Sofia Banzhaf) is more—but the indelible memory of what was done long ago and his dad’s cavalier voice practically condoning the action isn’t easy to shake. The major obstacle to living the life he covets is the man he lives with and that’s a devastating reality.

This means Oscar must carefully traverse the outside world and his family life while hoping beyond hope his amateur movie make-up portfolio lands him a spot at a NYC college come fall. The prospect of escape and the introduction of Wilder cause him to no longer be able to hide his emotions. Where he could generally ignore his father’s cries for attention, embarrassment carries greater stakes now that he’s moving forward. The truth about what Peter is and why Brin left find focus, the former’s petty nature almost begs for the confrontation of his son’s coming out, and missteps in love by Gemma with Oscar and Oscar with Wilder allow the messiness of life to finally breakthrough the manufactured fantasy Oscar’s trapped himself behind.

Dunn’s maneuvering from light touches to blinding violence is bold and necessary to really dig deeper into Oscar’s psyche. Jessup plays the frustration and insecurity perfectly, his expressions nuanced yet easily discernable from optimistic joy when creating art and aggressive uncertainty when faced with reconciling his needs with his fears. Schneider also stands out as the uninhibited, unbigoted, and genuine soul able to walk into this town with the confidence and panache to stir something in Oscar. His affection, attention, and compassion—the scene where he helps find Buffy in the electronics of his car while Oscar freaks out is sweetly profound—are things Oscar never opened himself up to experience. They become the things he now understands he deserves.

The aesthetic switching from a childlike sense of wonder with young Oscar’s darkened room lit by a mobile projector’s yellow circles to Buffy the Vampire Slayer homage with wooden stake in hand following older kids into the cemetery is especially jarring with its conclusion steeped in guilt, regret, and shame. Even the later years moving between the inventive tunnels and contraptions that help Buffy the hamster (a great, fun manifestation of her owner’s conscience) get around the house and adjoining tree house to the body horror of Oscar’s ingrained terror towards admitting his sexuality shown via something ripping through his belly keep us off-balance. His trajectory might be obvious and on a well-tread path, but the way it unfolds is wholly unique in its theatrical language.

Oscar’s emotional and psychological pain is literally shown by this impossible imagery—the internal made external to fully understand the fight within. The fear of being out is made real by his manifestations and his stumbles with Gemma and Wilder are risky propositions that could push him further away from the truth. Only when the life he has lived for a decade blows up with death, destruction, and clarity can this warped fantasy finally dissolve to expose a brighter future he can walk towards with pride. Without the looming anger of Peter or the normalcy of Brin’s new life and family hanging making him a pariah inside his own family, he just might be able to let his identity free.

Closet Monster premiered at TIFF and opens on September 23.