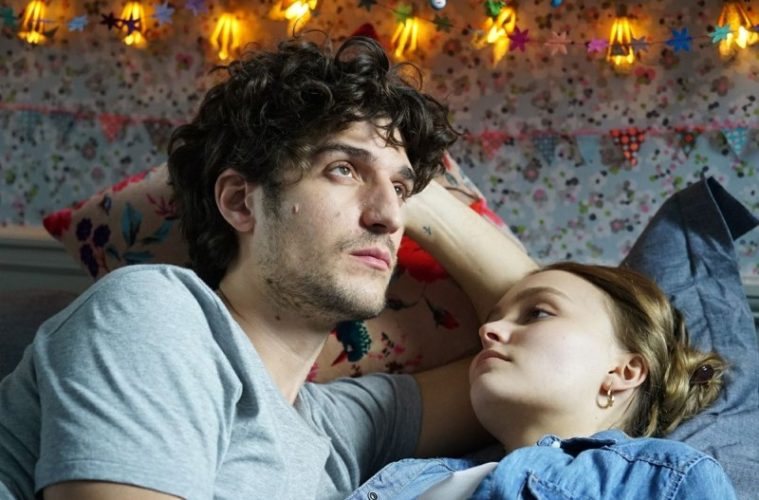 Beginning on a shot of the Paris cityscape–yes, the Eiffel Tower plainly in view and everything that surrounds it–Louis Garrel’s A Faithful Man self-awarely announces itself in the tradition of decades of French cinema; say the kind that the average movie-goer assumes every single film from the country is like. With long conversations, wistful romances, and a deadly earnest piano score, one won’t be unable to see of influence of Garrel’s father on the picture. Yet if not as recognizably personal and hear-ached as those magnificent pictures, the son still shows heavy promise in his second feature.

Short, light-hearted, and easy to follow, A Faithful Man is almost by default the definition of a likable film. Again, an accomplishment for a drama that returns often to the image of a graveyard. And packing a surprising amount in 75 minutes–both a love triangle and a murder mystery–Garrel never oversteps his boundaries too much, deftly bouncing from one character and plot point to another.

The main figure in our ensemble is Abel (Garrel), a journalist in his mid-30s who it’s actually difficult to imagine ever working and not just being a walking, talking romantic idol constantly pouting and tussling his own hair (despite a few scene of him on the job). While Garrel is certainly aware of his own star quality (a monologue about his lovely features from another character is equal parts joke and narcissism), that doesn’t stop him from affording perspective to the two other players in the love triangle that will come to consume Abel for the runtime.

One being Marianne (Garrel’s real-life wife, Laetitia Casta), seen in the opening scene of the film announcing to Abel that not only did she cheat on him with his best friend Paul, but was also pregnant with his child. The film far from misogynistic screed, she’s treated with utter sympathy throughout. The third player, Eve (Lily Rose-Depp, of Yoga Hosers fame), is the younger sister of Paul, who harbored a crush on Abel since childhood. She’s undeniably depicted as a little naive, but also taken for granted by those surrounding her; her romantic desire not meaning anything less than the older members.

There’s even somewhat of a fourth member, Marianne’s son Joseph (Paul Engel), a budding young detective fixated on solving the mysterious death of his father (not as winsome as it sounds), who resents Abel for diverting his mother’s attention away from him. The image of Abel, Marianne, and Joseph on a trip to the cinema instantly makes one think that we might be watching outtakes from Garrel Senior’s 2013 picture Jealousy.

This kindness afforded to a range of characters may not appeal to all; some may ask for higher stakes or a little more edge. Yet it can’t be overstated the simple pleasures of something that’s genuine but never cringe-inducing, and light but never sugary. Here’s hoping that Garrel’s follow-up literally opens with a shot of a coffee shop.

A Faithful Man premiered at the Toronto International Film Festival and opens on July 19.