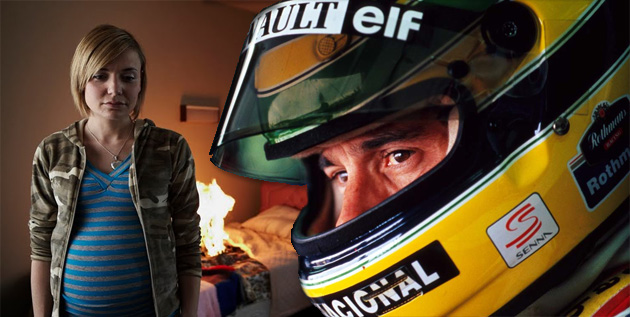 2011 has been a fantastic year for documentaries. In fact, you might see more than one on our best films of 2011 list. But in order to give the genre the recognition it deserves, we wanted to highlight all those that missed the cut. These films often provide more engaging drama with their veracity and technique than most narrative features and it killed us to skip over some we loved.

Just to mention a few that didn’t make the cut in no particular order: Tabloid, Beats Rhymes & Life: The Travels of a Tribe Called Quest, Public Speaking, George Harrison: Living In The Material World, Self Made, Project Nim, The Swell Season, Conan O’Brien Can’t Stop, Page One: Inside the New York Times and Cave of Forgotten Dreams. But we’ve narrowed it down to just ten with write-ups from our own John Fink, unless otherwise noted. Check them out below and let us know your favorites.

Constance Marks’ loving portrait of Kevin Clash, a Baltimore boy who built his own muppets for public access TV in his teens and made it to New York and Jim Henson’s inner circle. After turning the disregarded Elmo into a sensation, he struggles to keep up with the demand for his talents, allowing his marriage (and relationship with his daughter) to suffer in an honest look at the rise and life of an artist.

A crowd-sourced project incorporating submitted footage from YouTube (all filmed throughout the world on July 24, 2010), Life in a Day is a documentary film about the complexities of humanity – fear and love being amongst its strongest themes. Co-directed by Kevin MacDonald, with essentially the entire world, he has the task of assembling a complex puzzle into a memorizing document of life.

Armadillo pulses with the intensity of a Bourne film. Following a group of Danish soldiers at war in Afghanistan, the film’s professional style (and use of filters/effects) has been considered controversial amongst doc purists, but doesn’t dissuade it from being one of the most powerful in the genre.

7. How to Die in Oregon (Peter Richardson)

An alarmingly personal documentary examining the ethics and politics of killing oneself through what some call “physician-assisted suicide” – in Oregon it is called “Death with Dignity Law.” Director Peter Richardson strikes a delicate balance in creating a compassionate documentary that respects both sides of a complicated debate.

A warm portrait of New York Times photographer Bill Cunningham, who bikes around the city snapping photos of what’s currently in within the fashion world. An intimate and fascinating film by Richard Press, Cunningham (despite some push backs) allows the filmmaker into his rather monk-like life.

Concluding a trilogy that goes places even Mike Rowe of Dirty Jobs could never go (not on a basic cable anyway), Michael Glawogger’s Whore’s Glory is lucid, exotic and heartbreaking, tracking the world’s oldest profession in three segments from Thailand, Bangladesh and Mexico. And while, from the outside, these lives look harsh, this is an experience that aims to draw us in, sharing the joy, hardship and glory.

Documentaries can take several paths on their way to portraying what the filmmaker perceives as the relevant truth, a good majority of them fitting into a comfortable, perfectly acceptable mold. The Arbor, however, is unlike any I’ve seen before, mixing the form with portions of theater and covering it all with a narrative sheen. It would be satisfactory to simply sit through such an experiment, but the thing has got to go and break your damn heart over and over, right up to the point where reality is almost too much to take. – Nick Newman

As epic a documentary as can be, Steve James and Alex Kotlowitz‘s film examines gang violence in Chicago and the group Ceasefire, an initiative determined to put an end to it. The group itself is made up of mostly ex-gangbangers, who use their own personal loss and regret as ammunition in pleading those still active in the gang world to leave it alone and move on. This doc is 2-and-a-half hours long and provides no precise answer on how to solve the problem, making it a difficult experience to swallow. Yet it’s this kind of honest documentation that makes all of the small victories that occur here all the more meaningful. – Dan Mecca

I’ve never been to a Formula 1 race, have never seen one for more than three consecutive minutes, and could not name one current driver, yet Senna was more thrilling than at least 90% of films, documentary or not, that I saw in 2011. The archive footage compiled by director Asif Kapadia and editors Chris King & Gregers Sall is presented like an action scene whose stakes are the career and image of a man we’re sympathetic to in no time. Anyone going in probably knows that Ayrton Senna didn’t live to an old age – and it could, like some other choices on this list, be a bit of a downer. But it’s ultimately a story about conquering the world that’s lying right in front of you. I’d call that uplifting. – Nick Newman

1. Into the Abyss (Werner Herzog)

A mesmerizing Herzogian journey. It is not journalism, as the facts of the triple homicide at the core of the film are known, but Werner Herzog instead creates a travelogue peering deep into into humanity and breaking the boundaries of any documentary this year.