The Spine of Night Review: A Bone-Shattering, Fractured Animated Epic 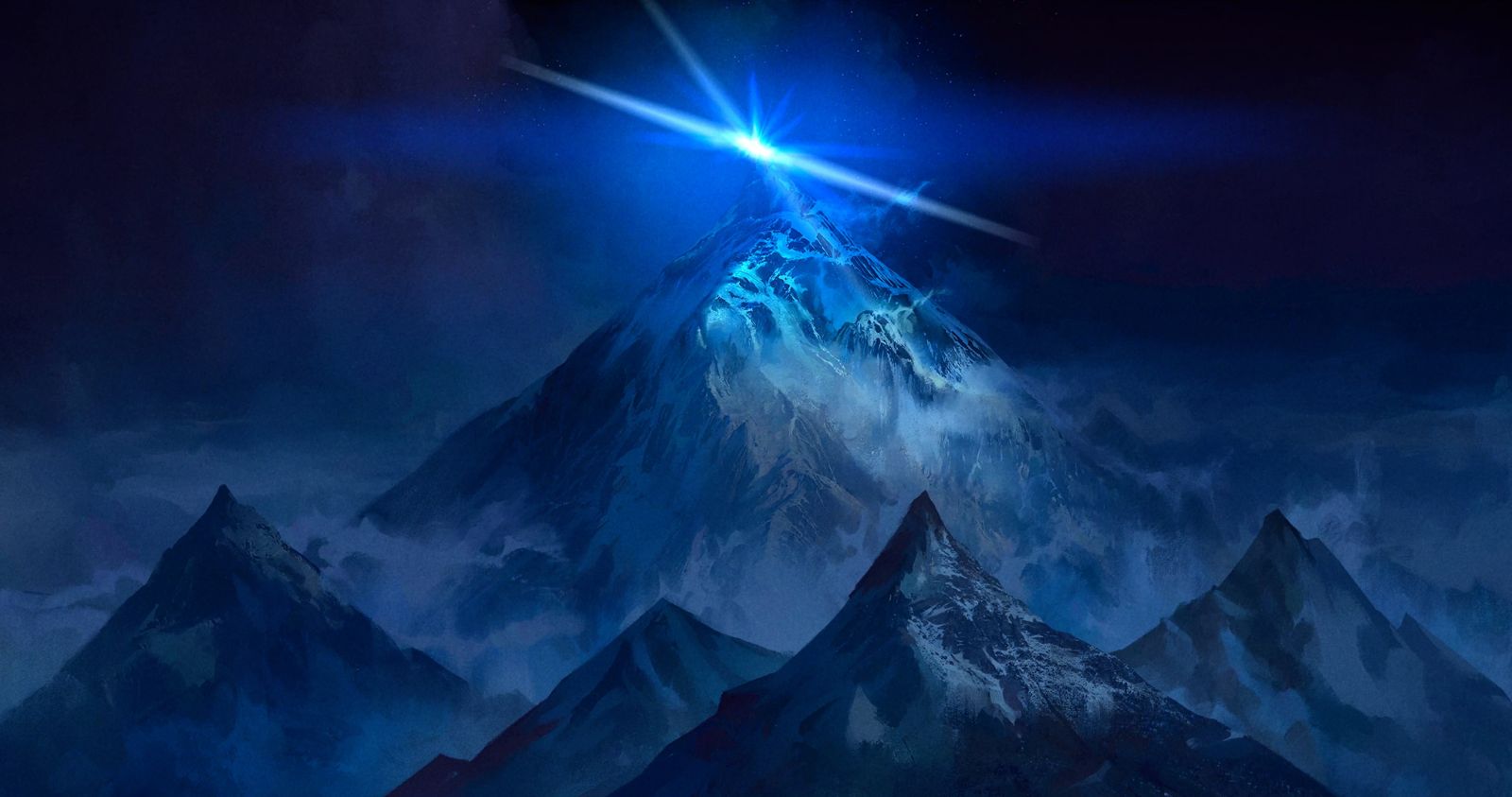 One thing is certain about The Spine of Night: this is a labor of bone-shattered, triptacular love. The new rotoscope-animated feature—a clearly adoring homage to Ralph Bakshi, Heavy Metal, and 1980s dark fantasy—was created over a span of seven years by a minuscule team of animators digitally painting frame-by-frame with the oversight of directors Philip Gelatt and Morgan Galen King. It’s a deathly earnest film––like George Lucas-caliber earnest––guts-filled with capital-L lore, grim violence, artful nudity, and portentous monologues––not-always-convincingly delivered by a vocal cast that includes Lucy Lawless and Patton Oswalt––that never dare consciously wink at the intrinsic camp of its culty-retro throwback venue. (The dead-serious opening scene of Lawless’s bare-naked shamaness trudging through an alpine blizzard acts as a solid indicator of tone.)

Maybe it’s a little too stuffed. In a slender 93 minutes Spine attempts to relay an epic saga of power and corruption spanning multiple historical eras, civilizations, and barely overlapping casts of shamans, nobles, warriors, and mages while delving deep into the spiritualism, magic, and Nietzschean mythology of its vaguely medieval fantasy world––then making time for regular scenes of viscera-spilling ultraviolence. Unsurprisingly, its onslaught of RPG-like world-building and flashbacks-within-framing-devices on top of gory action leaves little room for fleshed-out characters or emotional arcs, nor dialogue beyond breathless exposition and stoned philosophizing. It can all get just a tad convoluted. Imagine, dear nerds, if Bakshi’s infamously truncated Lord of the Rings tried to cover the entire Silmarillion and you’re halfway there.

The conflict between Spine’s sprawling narrative and tight running time isn’t the only way grandiose ambitions clash with limited means. The animation itself, meticulous as its production process may have been, opts for flat, untextured colors and lines in exchange for fluidity of motion, and in so doing sacrifices the immersive depth of the Frank Frazetta tableaus and psychedelic animations that so clearly inspired it. More fine-grained detail in texture and movement is relegated to human guts than human faces, which, combined with the glossy digital palette atop realistically proportioned figures, can result in images that feel less like otherworldly hallucinations than meme-ready MS Paint doodles or self-consciously crude Adult Swim cartoons––particularly unfortunate during the characters’ many, many very serious speeches. Spine‘s most visually satisfying portion reduces action to a twilit shadow play, silhouettes dancing against pastel neon glows. It’s the cleanest hit of what awe the film so obviously wants us to feel.

The Spine of Night seems all but designed for an appreciative audience, and I do hope it finds one. More than the respective fields for American independent feature-length animation and original fantasy epics being dangerously sparse; as Gen X metalhead throwback cinema goes, I’d sooner rewatch this than 2018’s spiritually similar, finer-polished, but more irony-poisoned Mandy. I hope a savvy producer takes note of Gelatt and King’s obvious passion for their material and gives them a chance to pursue their symphonic vision with the resources they deserve. But The Spine of Night is a tantalizing failure, the occasional breakthrough mythological or visual concept notwithstanding—too fractured and alienating to connect with any audience but the one most starved for its peculiar niche.

The Spine of Night is now in theaters and on VOD.