SXSW Review: Alien On Stage Explores the Heartwarming Story Behind an Unexpected Adaptation 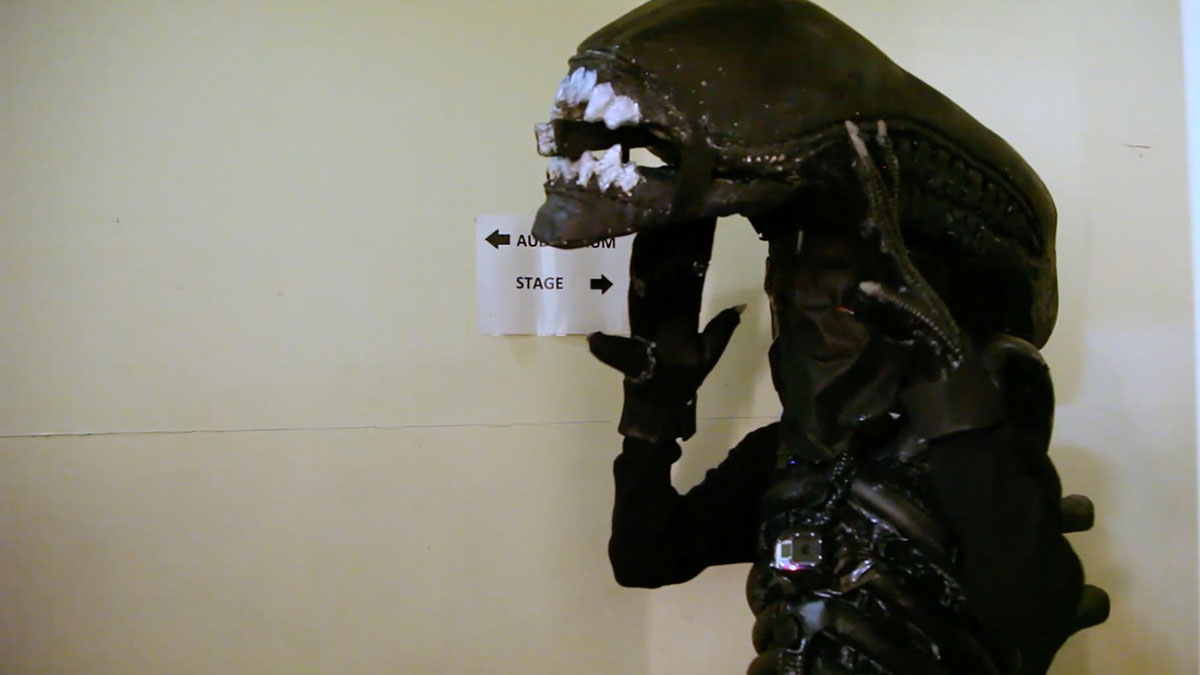 There was a time, in the 1990s and early 2000s, in which Miramax and Fox Searchlight pumped out feel-good, British comedy-dramas on a yearly basis. Films like The Full Monty, Brassed Off, and Billy Elliott had the format down to a science. These days are not over; the production companies have changed, but 2019’s Military Wives and Fisherman’s Friends had the same combination of crowd-pleasing warmth, kitchen-sink drama, and ultimate triumph––not to mention real-life source material. The documentary Alien On Stage checks almost every one of those boxes, so it is likely only a matter of time before the doc earns a fictional retelling.

Mind you, that is not a criticism. Alien On Stage, which is screening at the 2021 South by Southwest Festival, is a modest pleasure. Directed by Lucy Harvey, it is the rather delightful story of a group of bus drivers and crew in Dorset, England, who stage an amateur performance for charity each year. Most years, that meant family-friendly pantomimes around Christmastime. But those days are over. Recently, the Dorset thespians brought Ridley Scott’s Alien to the Allendale Community Center Stage. (Alien beat out Kill Bill, Pulp Fiction, Tombstone, and The Hills Have Eyes.)

“I’ve never come across anything like this,” says one doubting employee. “I can’t imagine how you convert this to a stage drama.” Budding playwright Luc begs to differ. With “very few changes in set,” as he puts it, he judged Alien to be a perfect film to adapt. He has a point. You have a small crew of colorful characters in a defined space, a relatively simple story, and, err, plenty of elaborate creature effects. OK, so it will not be easy. But the cast is affable, the designer up for a challenge (his guiding principle is pondering what Ridley Scott would’ve done, “but in a more basic format”), and the director just the right mix of calm and firm.

“So what has being the director of an amateur dramatics group brought to your life?” Harvey asks military vet David Mitchell. He responds with a knowing chuckle and dry wit: “A lot more work.” If there is a main character in Alien On Stage, it is Dave. His exasperation as the cast trudges through rehearsal is palpable, but so is his pride in their work. After the workday and on weekends, the team memorizes lines, makes giant eggs, and prepares. That is why the first real performance on the Allendale stage is such a letdown: “We thought we’d sell out. We didn’t. The first night we had about 20 people in the audience.”

Something did happen soon after, though. Director Lucy Harvey and producer Danielle Kummer came down from London and were smitten. The duo’s mini fan-club even starts crowdfunding, and achieves something pretty momentous: rental of the Leicester Square Theatre in London’s West End for a one-night-only performance. Indeed, as one member of the cast puts it, “It’s all gone a bit … mental.”

The film’s second half is centered around the preparation for the West End performance; a Nostromo consul-screen-style graphic menacingly tells that there are just 21 days to go. Rehearsals are… choppy. As Dave puts it after one particularly brutal Sunday afternoon of practice, “There’s room for improvement, let’s put it that way.” When the group finally departs Dorset––by bus, of course—and arrives in London, there is real, palpable joy (and fear) in the air. Soon, the sold-out West End debut is just three hours or, as one member of the cast trepidatiously points out, “2 hours, 55 minutes”—away. A group of castmates nervously smoke outside, while Dave mutters to himself, “I’m not here now, I’m somewhere else.”

But then the show starts, and the applause and laughter begin. And while it’s impossible not to feel stressed for this group of amataur thespians, it is clear that unlike in Dorset, this is the right crowd for a tongue-in-cheek performance. Perhaps it had to happen in London, a mammoth city of ever-ambitious entertainment options. Once the facehugger leaps onto Kane’s mask, it is clear that things are going well, and the crowd positively erupts when the chestburster shoots out of Kane’s chest.

At 90 minutes, Alien On Stage feels surprisingly overlong; the sequences depicting the days before the London trip drag. And there are moments that undeniably seem to verge on mockery. (That is not necessarily Harvey’s fault—more the theater audience’s, really.) Yet it is impossible to find a great deal to criticize here. Harvey succeeds at making the audience get to know and care about the Dorset players while also building genuine suspense as the West End debut draws near. She knows that onscreen, the Alien performance will only pack the joyful punch of the stage if viewers have legitimately bonded with its actors and crew. And indeed, we do. That makes Alien On Stage a sweet treat for Alien fans, cinephiles, and anyone who gets goosebumps at the sight of let’s-put-on-a-show enthusiasm.