Sundance Review: Wander Darkly Gets Lost in a Labyrinth of Trauma 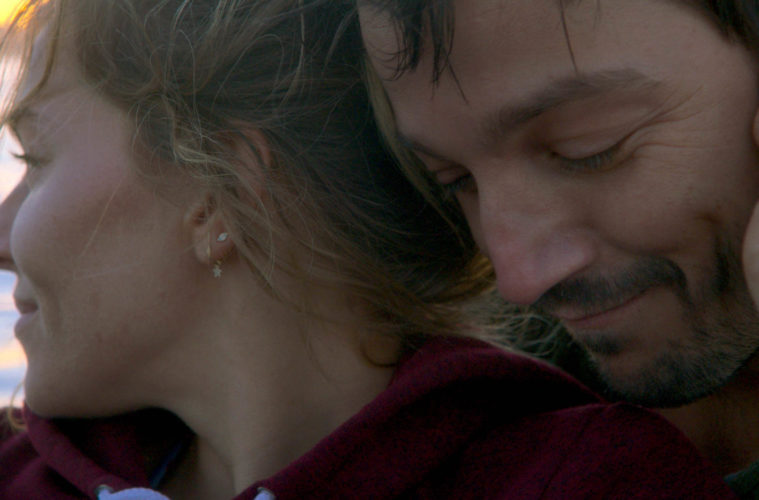 There is a wonderful idea that fuels Wander Darkly, written and directed by Tara Miele. How do we reckon with tragedy? What goes on in our head while we process a life-altering event? This Sundance premiere attempts to convey this visually, relying heavily on the actors on hand to carry the weight. Unfortunately, Miele’s reach exceeds her grasp in trying to examine these elements, resulting in a muddled thriller that gets confusing before it becomes obvious.

Sienna Miller stars as Adrienne, a new mother in the middle of a rough patch with her partner Matteo (Diego Luna), a handyman-of-sorts who is bothered by his mother-in-law (the great Beth Grant) and frustrated by the new responsibilities of fatherhood. A car accident early in the first act changes everything, sending Adrienne into a spiral of mental gymnastics, purgatorial guilt and much, much more. Convinced she is dead, Adrienne tries to find answers to a slew of questions left unanswered before the accident.

Miele and cinematographer Carolina Costa build an engaging semi-netherworld here, allowing Miller to stretch her acting chops all the way out and back. It’s an impressive lead performance, once again confirming that Sienna Miller is an actress we should be giving much more credit. Luna does not quite hold his own playing against the actress, but one can credit some of these limitations to the narrative turns. There is a specific subplot involving Aimee Carrero that feels a bit undercooked. This is, after all, Adrienne’s journey. Semi-red herrings don’t do much more than aggravate.

Ultimately, the biggest problem with Wander Darkly is the mystery that emerges. Constantly jostling between genres (one moment a marital drama, the next a haunted thriller), the film settles on a question of life or death. Initially provocative, it eventually becomes laborious. What’s worse, the third act gives way to a twist that betrays what we’ve been shown earlier in the picture.

Running a bit long, too many lines of dialogue fall flat, too many scenes convey the same bits of information over and over again. By the time we get the answers Adrienne’s been searching for, viewers will feel like they’ve known for a quite a while. Wander Darkly starts well enough, but stumbles down a wobbly path.