Sundance Review: Utama Asks for Death with Dignity in the Bolivian Highlands 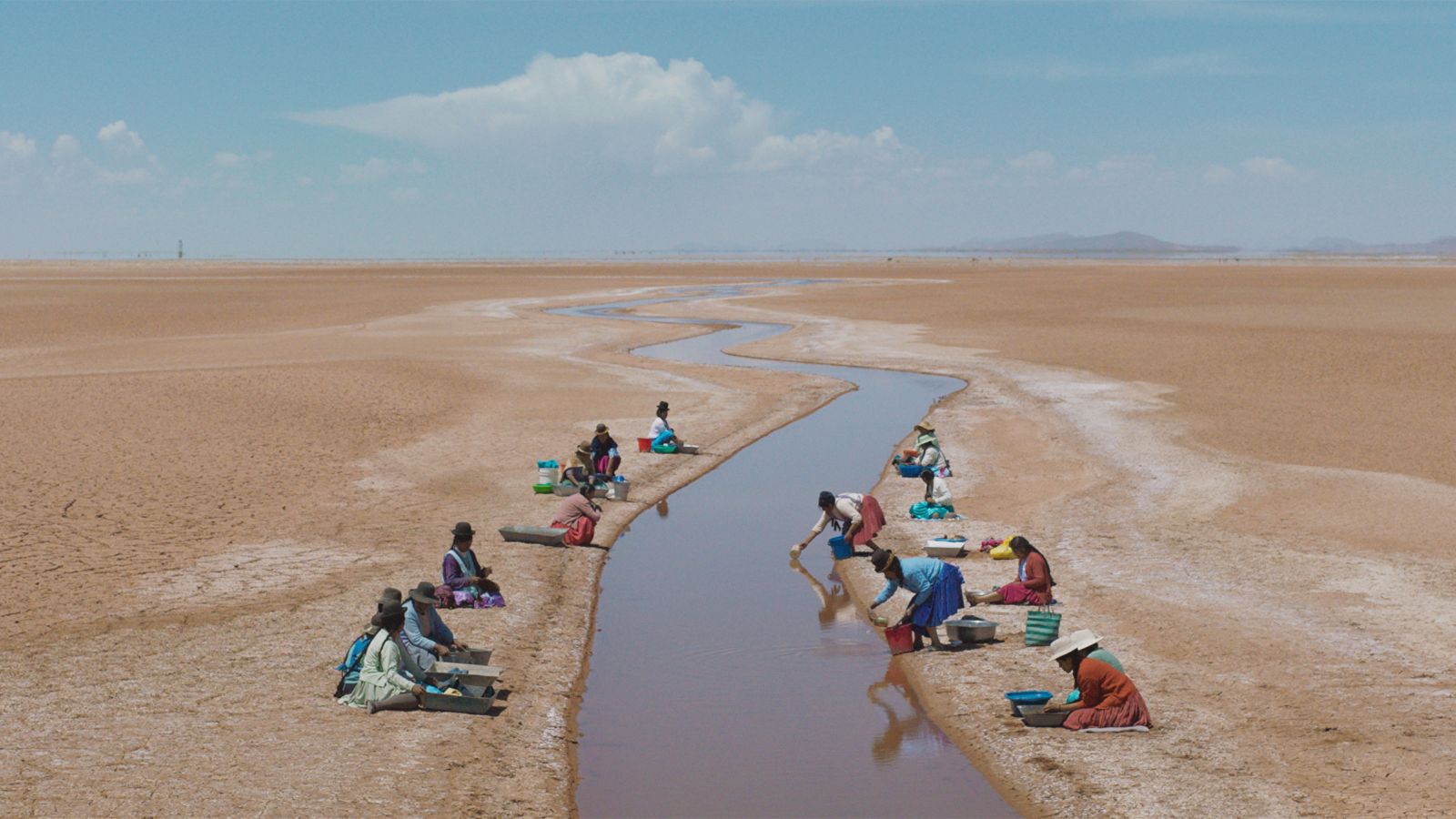 Utama is about the effects of climate change and its particular impact on South America’s indigenous communities, no doubt, but its other urgent subject depicts the challenges of a really ornery grandpa. The grandfatherly traits of having your tea brewed to a certain temperature, the non-negotiability of a spot on a particular armchair, and an absolute insistence on daily routine are all in evidence, and in a film that aims to be a universal story––where its lessons can be applied in any locale––this is still the element that rings truest. It’s quite a shock of recognition, as grandson Clever (Santos Choque, a nonprofessional like the entire cast) visits their home, to be branded a “brat” by gramps Virginio (Santos Choque); then he is calmly invited to the table for dinner with a reassuring pat from nana Sisa (Luisa Quispe).

In a Clash track not considered their absolute finest, Joe Strummer wondered “should I stay or should I go.” Which is what animates Utama, from first-time Bolivian director Alejandro Loayza Grisi, to its very core. For the gravity of its subject and potential disquiet it could cause in an audience, it’s quite an inoffensive film, alternating between poles of self-consciously “epic” landscape photography, and then family bickering meant to stand in for the zero-sum decisions imposed on us by environmental collapse. While it has integrity in standing up for indigenous rights and feels authentic to the threat posed to the Aymara people in their mountainous land of the Altiplano, Loayza Grisi can’t avoid a sentimental streak, and for a film alerting us to action as the Earth’s weather patterns are disrupted by global heating, it should be far scarier.

Utama’s narrative cards are already on the table when, after evocative shallow-focus wides showing the herd of llamas he tends, Virginio starts heavily coughing, with an intensity that starts impeding his already haggard walking. For all it leaves to be desired, Loayza Grisi shows a skill with structure and observation, and though some particulars will be unknown to us in what he describes in a statement as “one of the most underrepresented places on Earth,” we can intuit the way of life—one with many of the same duties and rituals of 100 years previously. And the traditional gendered separate spheres are important: Virginio can still evidently breed an enviable pack of llamas while Sisa is responsible for the water, taken by the bucketful from a spring, where local gossip can be shared. Learning more about these characters, as their grandson re-enters the picture, we see the disquiet this way of life must have caused succeeding generations––there are indeed no young people visible, while other contemporaries of this family just take the bitter pill and move away.

Clever can’t convince his grandparents to return with him to the city––he is accused, with some substance, of being a “messenger boy” for his own father, with whom Virginio fell out decades before these events. Virginio, wearing a grimace that reminded me of Clint Eastwood in his recent work, is obstinate about succumbing to his illness, viewing it as the final stage in a life’s quest to honor his heritage: “we have to cross the path of the soul,” he says. You get the impression Sisa would leave if it were up to her, but she’s rendered dumbstruck by her loyalty to her husband. Utama is a slow-motion look at how communities can falter, how rich heritage can be lost—to indifference from governments as well as a climate crisis that will decimate their way of life. If only it weren’t so gentle in its reminder.