Sundance Review: The Killing of Two Lovers is a Haunting, Psychological Wake for a Marriage 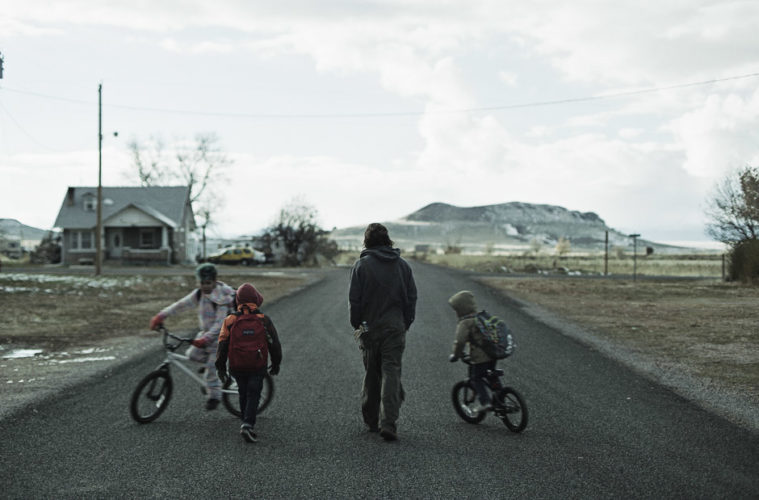 Opening with a jarring, heart-stopping scene in which David (Clayne Crawford) points a gun at his sleeping wife, Robert Machoian’s The Killing of Two Lovers is a riveting and restrained autopsy of a marriage in free fall. David and Nikki (Sepideh Moafi) have already separated, with David returning to his parent’s home. Their teenage daughter Jessica (Avery Pizzuto) takes it out on both parents, telling them to be the adults and work it out. The problem with that notion is that David and Nikki never had the chance to grow. Having Jessica young and four boys immediately afterward, they’ve stayed in the same small Utah town and moved only a few doors away from David’s childhood home.

Directed by Robert Machoian, who is known for working with frequent collaborator Rodrigo Ojeda-Beck on naturalistic portraits of parents and children–including When She Runs and absentee parents in God Bless The Child–The Killing of Two Lovers is an evocative character study with notes of vintage Terrence Malick. Arriving in the Sundance Next category, the picture also recalls the festival’s glory days as it feels dated but, then again, David and Nikki have also peaked in high school.

The Killing of Two Lovers observantly watches as David breaks down, though Nikki admits he’s always been a good provider and they do have the nicest house on the block. Meanwhile she finds herself interested in Daniel (Chris Coy), a new boyfriend who represents perhaps the kind of rebellion Nikki simply didn’t have time to consider in her early twenties. Like in Marriage Story, the reasons for the break-up are never clear but rather a collection of reasons they grow apart. Nikki has a promising job that may require her to complete some college-level law classes while David labors away in town with not much of a desire to leave.

The film is often captivating, especially in its first act in which it’s unclear what exactly has happened in the bedroom. The emotions of grief and remorse masterfully expressed by Clayne Crawford could easily signal that an unthinkable crime had been committed and David is waiting to get caught as he goes about his daily routines in town, keeping up appearances. While the narrative may seem to some frustratingly sparse, The Killing of Two Lovers represents a leap forward for Machoian who somewhat scales up, creating a hauntingly personal portrait of a couple at a crossroads struggling in more ways that one to get by. Perhaps the only false beat the film struck is in its third act, although the picture provides the audience with a certain space to consider that rather than taking the plot literally. It is largely a psychological study of David processing a significant life change, one that feels like a violent death.

The Killing of Two Lovers premiered at Sundance Film Festival.