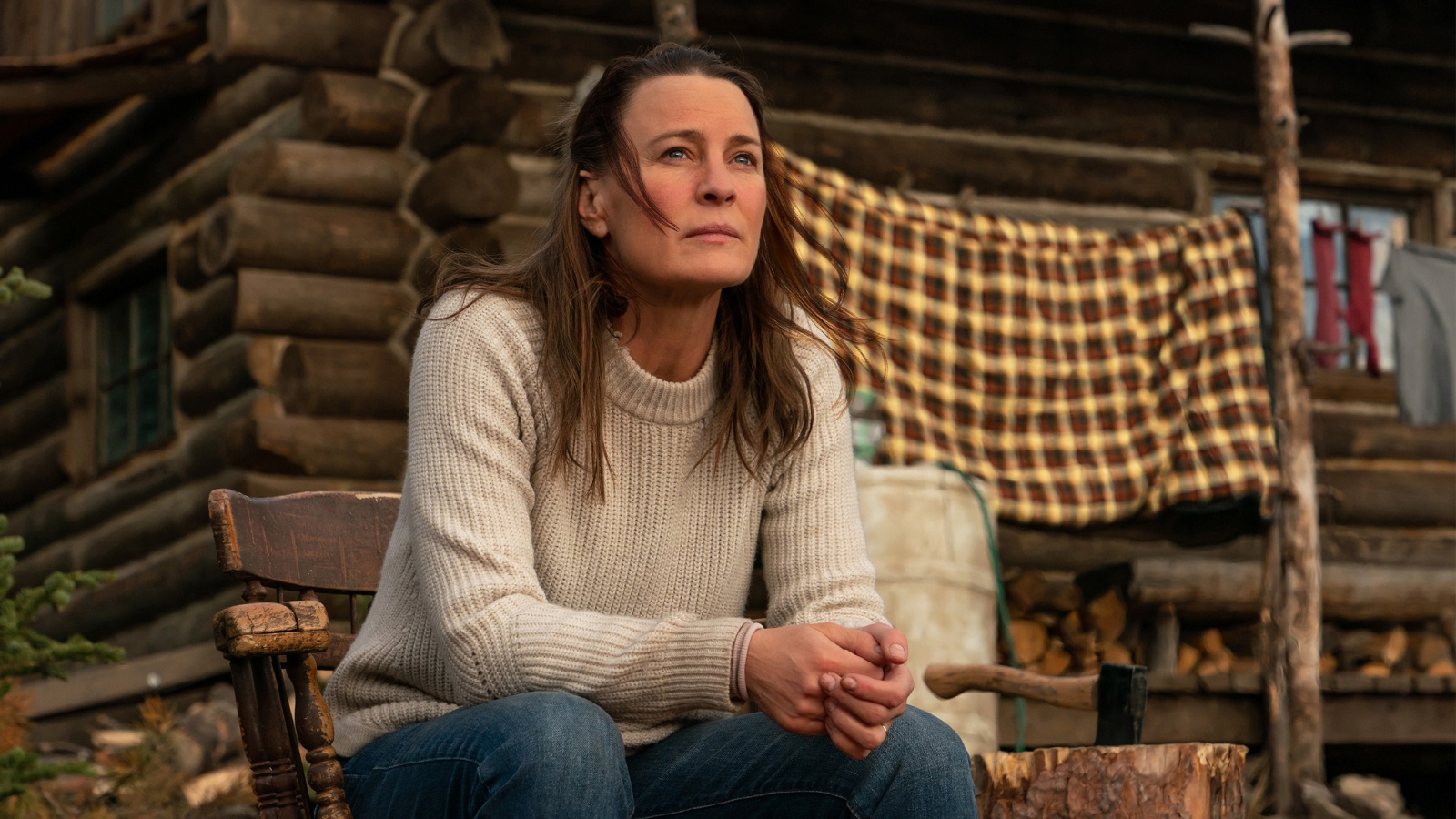 There is a scene about halfway through Land, directed and starring Robin Wright, in which Miguel (Demián Bichir) reveals a tragedy in his past. Edee (Wright), also grieving, reacts silently and subtlety, though we see so much happening on her face. Nothing said, only felt. It is, truly, a perfect moment captured on film. The kind of thing one will not easily forget. Often actors who step behind the camera will admit that they focused less on their own on-screen performances while directing, sometimes to the detriment of the picture they were making. This cannot be the case here, as Wright the filmmaker wrings out one of Wright the actor’s career-best performances.

Working off a script from Jesse Chatham and Erin Dignam, the director tells the story of Edee, a woman determined to escape people altogether. Naively, she stows away in a cabin in the Wyoming wilderness. She quickly learns how ill-prepared she was for this endeavor. Death seems imminent. But then, perhaps that was the plan all along. Miguel, an especially kind local hunter, and a nurse named Alawa Crow (Sarah Dawn Pledge), save Edee from nearly freezing to death. Initially refusing any additional help, Edee finally agrees to let Miguel teach her a few things so she may survive a little longer. Soon enough, the two become friends, albeit cautiously.

It is hard to believe there will be a more beautiful movie premiering at Sundance this year. Lensed by Bobby Bukowski and filmed on location in Alberta, Canada, every fifth shot in Land will take your breath away. Add composer Ben Sollee’s affecting score to the mix and you’ve got something quite astonishing. Wright dishes out Edee’s trauma in predictably sparse flashbacks (including an underused Kim Dickens), often leaning on Bichir for the pathos. It’s not a bad idea, given how strong of a performer Bichir is. The bittersweet kindness Miguel emanates demands that he be in the picture a bit more. When he’s absent, Edee’s loneliness is underlined. Though intentional and effective, it can be aggravating in spots. Once their connection established, to lose it feels almost cruel.

Wright relies on wide shots and little dialogue, a choice that allows for its deliberate pace. A brisk running time of 89 minutes––not to mention a powerful lead performance from Wright––prevents any one “slow” scene from becoming a hindrance. The study of grief-in-process is nothing new, but that does not make Land any less affecting. In the film’s opening scene, Edee answers a therapist’s question of how she is feeling with an admission that it’s hard to be around people because they just want her to be better. Who among us cannot relate to that truth? Ultimately, in her solitude and one crucial friendship, maybe there is something resembling peace. Wright smartly avoids many of the specifics, because they are far less important than the journey itself.

Land premiered at Sundance Film Festival and opens on February 12.