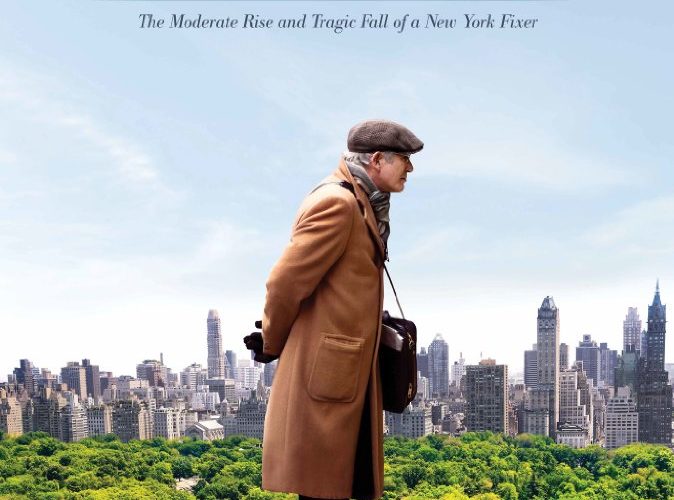 Together, writer/director Joseph Cedar and lead actor Richard Gere craft a singularly memorable character in Norman Oppenheimer, a lonely New York “businessman” with loose connections and an insatiable drive for success. Cedar builds his film Norman: The Moderate Rise and Tragic Fall of a New York Fixer as a modern adaptation of the “Court Jew” archetype, in which a Jewish figure befriends a man of power, only to be betrayed in the end.

It’s not really a spoiler if it’s all in the title. There’s to be only sadness at the end of this funny, bittersweet story. Norman sports white Apple headphones hanging from his ears as he makes phone call after phone call, bending the truths of his friendships and influences to whoever will listen. He’s got a nephew (Michael Sheen) who appeases him and a slew of Jewish men who wield power and wealth that he wish he actually knew.

Structured like a fable, our hero has a fateful encounter with Israeli politician-on-the-up Michael Eshel (a superb Lior Ashkenazi). In gifting Eshel an expensive pair of shoes, the two men become entangled for the foreseeable future, for better or worse. Every false promise made over the years becomes somewhat validated years later, when Eshel is donned prime minister. Suddenly, Norman is a man with friends (or one friend) in high places. Before long, it will all come crashing down.

A modern Shylock of sorts, part-consultant and part-pest, Gere plays the part with a magnetic mix of annoying bother and lovable loser. For the entirety of the picture, he is quite literally always on the move. The leading man’s classic good looks are well-shielded under big glasses and a newsboy hat. And though he is always dressed to impressed, his clothes never seem to change and he does not appear to have a home to return to. Investigator Charlotte Gainsbourg finally asks the question halfway through the film: “What is it that you do, Norman?”

Cedar presents Norman as a relic of sorts trapped in a new, metropolitan world. He’s doing his best, but it will not be enough. That much is clear. The “rise and fall” of it all is the entirety of the plot, the exhausting character interactions the entertainment. There are laughs to be had in every bumbling interruption Norman makes, every desperate pitch he dishes out and every brief success he achieves. And in the moments where it begins to grate, Norman’s inherent goodness comes back into focus.

Gere has built the back-half of his career on big swings in different roles. Recently, he hit a home run in Owen Moverman’s under-seen character study Time Out Of Mind (Moverman’s also a producer on Norman), as well as shining in indies Arbitrage and The Benefactor. Director and star make for a good pair here, constructing a very specific kind of tale with a certain amount of universal appeal.

In one specific scene, Norman briefly stands still in the narrow back room of a synagogue. He eats some canned fish fast, determined to push on. There is every kind of emotion in this small moment. We know this man and understand him. Judge and sympathize with him. And then, in an instant, he’s back at it.

Norman: The Moderate Rise and Tragic Fall of a New York Fixer is now in limited release.