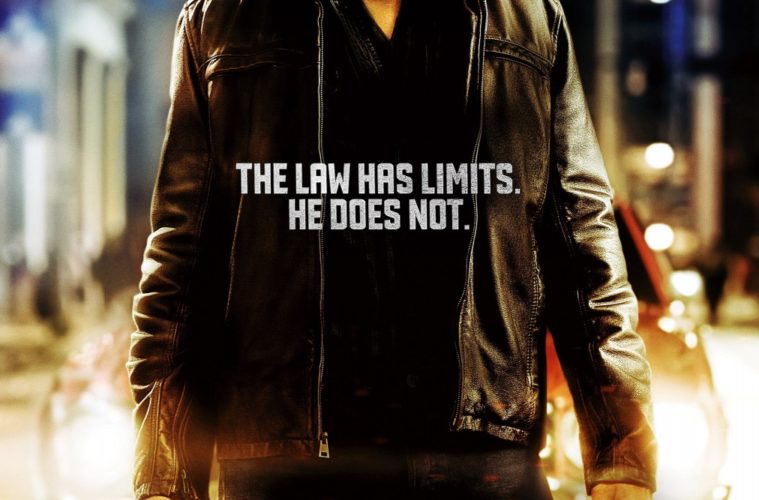 It appears it was only a matter of time before author Lee Child — or Jim Grant to his parents — saw the sole protagonist of his life’s work on the big screen. Jack Reacher is the type of character audiences adore; one easily catered towards the sequel model paved by Tom Clancy‘s Jack Ryan if and when Tom Cruise finally gives up action flicks. An ex-Army Military Police Major who spent his childhood abroad before a stint at West Point led to thirteen years in the service, he now lives as a drifter wandering the States to find people in need or monsters to kill. He isn’t the cuddliest of men as a result, but that prickly stoicism endears him to folks wanting back alley justice doled out by someone heroically standing up for the innocent and amorally doing so without remorse or consequence. Written in 2005 as the series’ ninth book, the reasons why One Shot appealed to Christopher McQuarrie as the choice for Hollywood’s introduction is quickly understood. A taut thriller from beginning to end, it is as much procedural drama as pulpy, vigilante actioner. Commencing with the central crime unfolding through a panning rifle scope, our early, unobstructed view of the sniper picking off five innocents across a Pittsburgh river makes watching someone else get arrested on irrefutable evidence all the more intriguing. A frame job has been meticulously set and only the man who knows firsthand that the accused is capable of such a random murder spree has the ability to uncover the truth. Second-guessing his preconceptions, Reacher’s quest for justice remains completely objective as he digs where no one else cares to look.

A lot goes on as every character is intertwined so our inference of facts can ultimately be subverted before the end. It’s a necessary convolution to retain some mystery as the pieces begin to fall into place. The accused, James Barr (Joseph Sikora), has a history with Reacher; his lawyer, Helen Rodin (Rosamund Pike), is the daughter of the District Attorney (Richard Jenkins) looking to give him the needle; and the lead detective on the case, Emerson (David Oyelowo), seems keen to do whatever the eldest Rodin wants. Trust therefore becomes a commodity Reacher can’t—and probably never does—rely upon after entering the fray to put a wrench in the plans of the evil puppeteer pulling strings, The Zec (acclaimed director Werner Herzog doing his best Die Hard baddie impression). What we get is a very regimented delineation of duties as Pike’s Rodin provides the emotional attachment through her idealistic need to give every client a fair trial and Cruise’s Reacher the clinical, fact-finder who could care less about the truth as long as he discovers what it is. Dust-ups with local punks, malevolent stalkers tailing him, and a couple wild cards supposedly on the side of the law despite unknown affiliations keep our two heroes on their toes as they also become caught up in the collateral damage Zec and his lead henchman Charlie (Jai Courtney) find no problem creating. This means a few nicely choreographed fight scenes, a rather exhilarating car chase with brilliant comedic finish, and a final sniper shootout that earns its suspense.

McQuarrie is the intellectual mind behind The Usual Suspects‘ script so he knows how to spin a good yarn. To that end I believe he’s adapted Child’s vision as well as anyone could hope, complete with trademark baseball player aliases and laconically calm demeanor in the face of danger. Where the trouble lies is his inexperience behind the camera since only The Way of the Gun twelve years previously provided him practice. Jack Reacher‘s first half is effective and the action sequences are fun thanks to reactionary humor on behalf of Cruise, but the steady stream of revelations we know are coming hits us like a ton of bricks. It happens a couple times with Oyelowo looking like he was overdue for a director’s “cut” but Pike unfortunately fairs the worst. It’s a scene that tells us the grand reveal of what really happened the day Barr allegedly snapped and I can’t stop smiling thinking about how bad it plays out. Cruise writes his assumption on a Post-It note, folds it, and hands it to Pike before she can receive a phone call with the Rosetta Stone of clues that can prove he’s correct. Cue faux suspenseful music, zoom in on Pike’s eyes, and get ready to feel as though we’re inside a Hitchcock thriller with over-the-top, wide-eyed recognition she has the paper in her fist. In fact, the discovered motive ends up a MacGuffin doing nothing but propelling the story forward so Robert Duvall can chew scenery and Cruise can finally be in same room as Herzog. It’s old school, pulpy mystery at its finest doing whatever’s necessary to hit the key notes.

As a result, the success of the film rests in your ability to forgive its broad strokes — the same ones I’m sure make Child’s novels so appealing to mainstream masses. Clunky, redundant dialogue like, “It’s a cancer. A cell that won’t stop growing” abounds; performances sometimes pause a beat as though the score is readying for a “dun dun duuuuun;” and others hold perpetual scowls so we can’t decide whether they’re good or evil. Courtney and Cruise help alleviate things by going full-bore into the emotion-less realm enjoyably seen on television with Person of Interest and Herzog’s villainous turn is a treat for cinephiles alone. I’m sure it’ll do well as counter-programming against award season darlings, but I can’t help think more success would have come during the summer popcorn months.