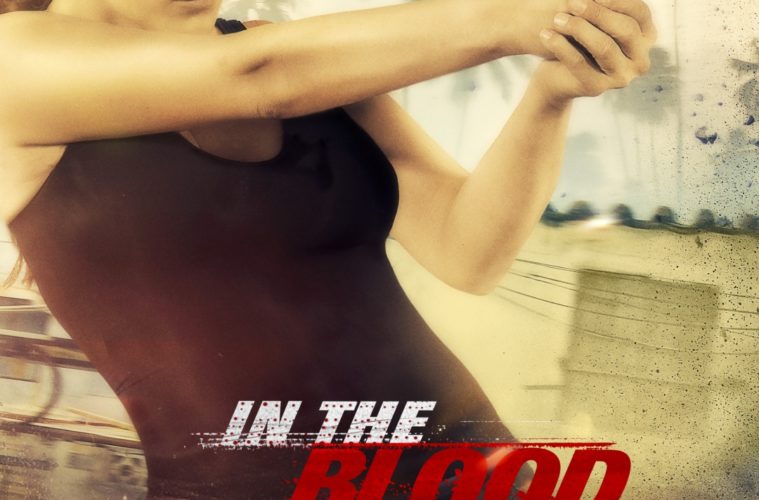 [Review] In the Blood

The road to action movie stardom is paved with as many missteps as successes. For every Rambo: First Blood, there’s a Cobra. For every Terminator, there’s a Commando. For every Bloodsport, there’s a Double Team. Gina Carano may have started her career off right with the knock down, drag out hit Haywire, but film history dictates that a few concessions are required in becoming one of the genre‘s top talents. Considering the quality of her latest outing, she can at least cross one milestone off her list.

For the crime thriller In the Blood, she teamed with actor-turned-filmmaker John Stockwell, who, based on his credentials, could be considered a woman’s director, just not a very good one (recently, he worked with Halle Berry in the notorious flop Dark Tide). His handiwork looks unpromising from the get-go, as the film opens on a violent flashback that features Carano’s character Ava as a young girl. Through voice-over, she explains how her outlaw father (Avatar’s Stephen Lang) trained her to fight without mercy, an ability she demonstrates by killing him. It’s a background story that reveals little actual background – what her father does, or why he seems so intent on conditioning her is never explained, and, frankly, it’s not important.

Cut to present day, and suddenly the production values resemble bad TV. Adult Ava walks down the aisle with her groom Derek (Cam Gigandet) during a wedding sequence that’s shot like a true crime dramatization. They then embark on a Caribbean honeymoon that looks like a montage straight out of a Sandals resort commercial. In these scenes, the two leads appear as though they’re having a good time – especially Gigandet, who seems happy to play second fiddle as long as it means a trip to Puerto Rico – but for the viewer, it’s a rough 15 minutes. From there, the newlyweds are befriended by Manny (Ismael Cruz Cordova), a charming islander who lures them out to a remote zip-line for a day of risky thrills. It’s all fun and games until Derek falls, suffers a serious injury, and then disappears in a mysterious ambulance. Realizing that her beloved was kidnapped, Ava must once again use her deadly skills in order to find him. But first, she must contend with a slew of character actors, including Treat Williams as her suspicious wealthy father-in-law, Luis Guzman as a corrupt police chief, and the always delightful Danny Trejo in a brief throwaway role – or is it?

Stockwell takes a page from Carano’s patron Steven Soderbergh by using natural lighting and hand-held cameras to depict Ava’s desperate search through the city’s criminal underground. But unlike Soderbergh, who sidestepped Carano’s limited acting range by showcasing her MMA prowess, Stockwell injects little fight choreography into the action. Save for the final showdown between Ava and Derek’s captor, which involves a riveting chase through a ramshackle barrio, much of the physical violence fails to impress due to poor editing and an emphasis on gore instead of actual combat (at one point, Ava decapitates a bad cop with a shovel). The choice is a shame, especially since Carano is no delicate flower – unlike many starved and pampered actresses in actioners, she actually looks like she can deliver a beating.

Unfortunately, the rich on-location setting and seasoned cast are wasted on a clumsily plotted film with a twist ending worthy of an urban legend. But In the Blood does fulfill one rite of passage for Carano, who had yet to make her own terrible, B-level movie. This is her Cobra, her Commando, her Double Team — now she is truly an action star.

In the Blood is now in theaters and available on VOD.