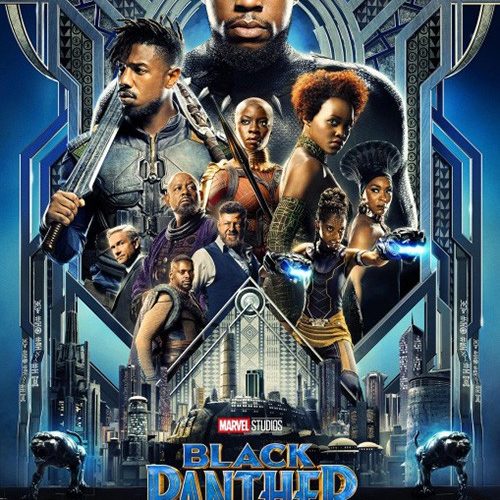 Review: ‘Black Panther’ is a Grandiose Fantasy That Raises the Bar for Marvel

There’s a sentiment expressed early on in Black Panther that just because something works doesn’t mean it can’t be improved. It’s a fitting ethos for the 18th film in Marvel Studios’ ten-year assembly line of blockbusters. However same-ish or fatigued some of the cinematic universe might feel, on the balance sheet, they work. While Ryan Coogler’s deep dive into the titular character’s Wakandan homeworld keeps the assembly line working, it heralds not only an improvement on the MCU, but a striking and grandiose fantasy in its own right.

Like Kenneth Branagh’s Thor before it, Black Panther rides Shakespeare on training wheels against a lush mythological backdrop, albeit with more nuance and assured showmanship than that film (or a host of other superhero outings). There are old kings, new kings, usurpers, royal secrets, and palatial power struggles, all adding the kind of gravitas that Iron Man sneered at a decade ago. Coogler breathes life into it with a visual and emotional flair that feels like actual substance rather than pomp and circumstance. Though technically not Marvel’s first standalone film, it feels like the first to boldly embrace such freedom.

Despite familiar faces in Andy Serkis and Martin Freeman, there is not a single Avenger, Guardian of the Galaxy or other outside influence from the franchise at large. The importance of that cannot be overstated. Chadwick Boseman’s first leading appearance as T’Challa is given room to make this tale entirely his own. His humbly confident heroics are even more impressive when he cedes the screen to the rest of the cast rather than completely commanding it. Michael B. Jordan, Danai Gurira, Lupita Nyong’o, Letitia Wright, Daniel Kaluuya, and more round out an ensemble that seem so fully developed, it’s a wonder the film doesn’t clock in at over three hours. It’s efficient storytelling that results from isolation–free from the distracting task of introducing future films or laborious tie-ins. That’s not to say there aren’t casualties. Establishing a fully-formed culture of James Cameron proportions without an exhaustive run time gives way to the occasional bit of clunky exposition, or paving over plot holes with throwaway lines.

Still, what remains is a more than solid adventure film with a sturdy backbone. In between the pat structural beats lies enough complexity most other spectacles in this league are starved of. The animalistic precision of Michael B. Jordan’s Erik Killmonger is supplemented with sympathetic yet misplaced ambitions. In exploring a worldview at once radical and cynically appealing, Coogler rightly leans on his Fruitvale Station and Creed star to deliver the more murky propositions that elevate the film’s heart and head. The results aren’t subtle, but the spirit of it all is remarkable refreshment.

Outside of the largely stellar cast, much of Black Panther’s success results directly from how rich the textures within the world of Wakanda feel. Any film is the culmination of efforts onscreen and off, but every corner of the frame, and the characters that inhabit it, boast such a complete realization that it’s clear Coogler has impeccable taste in the talent that surrounds him. Cinematographer Rachel Morrison is a champion behind the lens, crafting vistas you could bask in for hours, while every piece of furniture, armor or architecture are their own little wonders of an idyllic African world.

It’s fairly easy (and deserved) to laud Black Panther for its already significant place within the current social moment–one it shouldn’t be removed from. Ryan Coogler clearly knows the context matters, but gives us the added pleasure of rising beyond the occasion to deliver a wonderful spectacle that’s more than worthy of it.