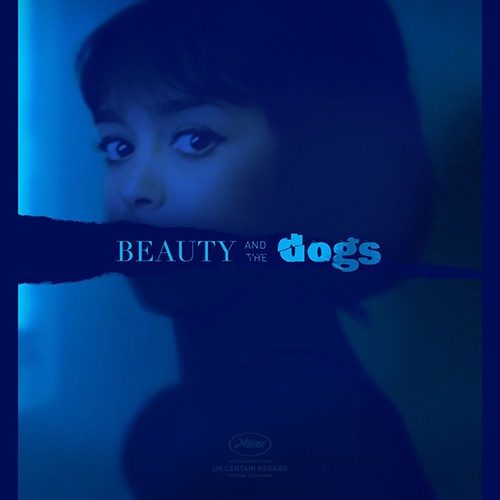 Review: ‘Beauty and the Dogs’ Depicts a Rape Victim’s Fight for Justice

Fear should never be underestimated as a means for oppression or motivation because there are few emotions more potent. This is why totalitarian regimes use it as a weapon to silence those who dare find the courage to stand up for their rights. They sow fear into the masses, using it to gather support for new laws pretending to protect citizens that actually just insulate those in the position to make them. And if a rebellion somehow proves successful, adjustment isn’t instantaneous. Those who believed they were above the law are backed into a wall in which they must band together for self-preservation. Add conservative religious customs to the equation and those who become free realize the lie. Freedom as an ideal ensures one thing: someone else remains in chains.

This notion is central to Kaouther Ben Hania’s Beauty and the Dogs. It presents a post-Ben Ali dictatorship Tunisia where the new guard holds their hard fought rights as sacred while the old looks to infringe upon them to preserve the unchecked lifestyle of which they had grown accustomed. To say the latter can happen because the country is 99% Muslim and therefore ingrained in patriarchal laws built to condone it, however, is reductive. Is today’s Catholic-majority America any different? Is there not a school shooting weekly? Did an unarmed black man not get shot twenty times by police in his own backyard days ago? Do women’s, minorities’, and LGBTQ rights not get infringed upon with support from our government’s ruling party? Someone is always being silenced. And it happens in an instant. One second you’re enjoying yourself in a way that harms nobody and the next you’re running for your life. This is what Mariam (Mariam Al Ferjani) endures and what we watch occur in real-time. Hania presents her film as a series of one-take chapters to keep her audience invested without an escape and her lead in frame to understand her impossible position. The format makes it so we know only what Mariam does, each new confrontation as easily a deceitful ploy as an example of empathy. We start to assume what’s coming next only to discover the truth is even worse. Hania wields suspense as a means to disarm. She prepares us for the potential that this nightmare might never end.

She also leans into our penchant to victim blame as much as sympathize. The film begins in a bathroom with Mariam wearing a torn dress, desperate for her friend to supply a replacement. What she receives may jokingly be dismissed as “old fashioned,” but it also exposes more skin than her previous outfit did. Hania wants us to presume this will get her in trouble. She wants to call us out. This is what the man standing at the door (Ghanem Zrelli’s Youssef) is staring at when he gazes upon her bubbly co-ed. We’ve seen this dance before: young woman flirts while the man receiving that flirtation oversteps his boundaries. And it appears this is exactly what’s going on upon seeing her running for her life with him close behind.

Each chapter begins or ends with just such a cliffhanger. We’re left with brains in overdrive to hypothesize what happened during the time between vignettes and what’s about to transpire. We begin to hate Youssef only to discover he’s (maybe) the one person in this city willing to protect her against an unseen foe. We rally behind Mariam, disgusted by the atrocity committed upon her. But we also grow worried by the reality that she has no good options in its aftermath. Either she pretends it didn’t happen to retain her “dignity” or she risks being marked a whore by fighting back against attackers that will most likely escape unscathed. She must document her rape to hold her assailants responsible, but doing so could also destroy her. This isn’t just her story or just a Muslim woman’s tale in a nation of men who see her “crimes” as an invitation to punish with their own. It isn’t that because we receive similar accounts here in America too. It’s always, “Why should we ruin this young man’s potential to be a leader utilizing the same hypocrisy that renders him untouchable now when all he did was make a mistake?” It’s never: “Let’s throw the book at him in order to expose rape culture’s prevalence as the systemic norm it’s become.” A woman with sexual desire is equated to a prostitute while men with the same are hailed as MEN. To be a victim is to face the question: what did you do to allow it?

Mariam is inundated with this question as well as: what will you do about it? Beauty and the Dogs depicts a single evening in her life and yet it feels like a week. The hoops she must jump through to accuse her attackers add up to a war of attrition with voices screaming at her to do this or that — “We’re trying to help.” Her experience becomes an incendiary account of bureaucracy built to overwhelm, a complex commentary on political capital and how justice for one can be justice for all (or depressingly how justice for all is worth sacrificing the innocence of one), and an indictment on religious piety’s power throughout the world regardless of its penchant to overtly harm humanity in its unshakable righteousness.

Who are Mariam’s allies? Whose interests does Youssef have in mind? Will a female cop (Anissa Daoud’s Faiza) be a champion or another entrenched cog within a machine rewarding those who turn a blind eye with self-preservation? There’s a nurse who judges Mariam while trying to help; an officer doing what he’s told while secretly coaching Mariam about what’s right; and a slew of others with duplicitous intentions (a journalist, police detective, and more). Each stage presents a new character, his/her respective noise compounding the unnecessary chaos drowning out the reason why Mariam is here in the first place: rape. She’s pushed and pulled to the brink of sanity, frightened to stay quiet until inevitable defeat exposes how they’re the ones who should be scared. So while you may think each new chapter will be redundant, they aren’t. The wall Mariam faces may grow taller, but each new brick buckles to reveal how thin it’s always been. The people in authoritative positions are wielding tactics they used under the dictatorship, but it’s all bluster without a regime that has their backs when they go too far. The trick becomes knowing this truth. It’s harder than you may think because a decade isn’t very long. The fear you possessed back then remains intact because it’s now a part of you. And those who wrested control to feed off that fear still know exactly how to do so. They’re still proficient in bending the law in ways that transform their victims into the enemy.

There’s no better way to show these power dynamics than via long takes. By letting the events play out, Hania refuses to let her lead off the hook emotionally. Al Ferjani is therefore thrown into the fire, her Mariam an exposed nerve reacting on impulse to everything that occurs. We watch her weigh her myriad adversaries: her rapists, the police, her father, and herself. Some scenes present one as worse than the other, the next sees their positions reversed. You must know what your rights are to fight for them and to hope to receive them is often an act of faith when they’re only as good as those tasked with protecting them. Sadly today’s society has seemingly made martyrdom easier than being a surviving voice for change.