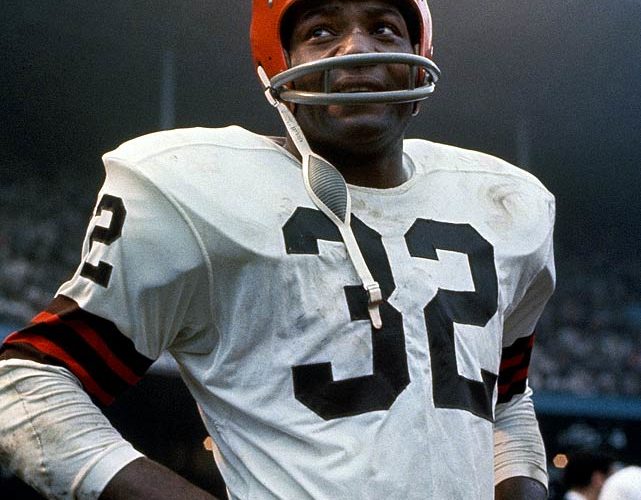 NFL Legend/Actor Jim Brown Getting His Own Biopic Jim Brown is widely considered one of the greatest, if not the greatest, NFL players of all-time. In his nine seasons as a Cleveland Brown, he made the Pro Bowl every single year and never missed one game due to injury. When he retired in 1965 at the age of only 29, he held the all-time record in Rushing Yards, a record that stood for 19 years (he has since moved to 9th all-time) as well as led the league in everything a running back could possibly lead in.

From there Brown went into acting and became one of Hollywood’s first African American action stars, appearing in everything from the blaxploitation movies of the 70’s to Tim Burton‘s Mars Attacks! in 1995, and continues to act sparingly while also advocating for inner city youth. Jim Brown has pretty much lived the life movies are made of. And he’s apparently realized that too, as Brown has pledged the rights to his life story to producer Hal Lieberman for a biopic. [Deadline].

Bob Eisele has been recruited to write the screenplay and Documentarian Jonathan Hock has signed on to direct. With this pieces in place, Lieberman’s next goal is to sell this package to a production company or major studio to get this movie made. Given that both the football world and a good chunk of Hollywood revere Brown, it should be an easy sell.

Brown has accomplished many feats with his time on Earth, and they are definitely worth being immortalized in a movie but since most biopics are fluff pieces I wouldn’t be surprised if they gloss over some of the more negative aspects of his life (jail time for domestic violence being the big one). My only hope is that they devote a significant amount of time on his role as Fireball in 1987’s The Running Man. Or mention it. I’ll settle for that too.

Do you think the life of Jim Brown is worthy of a biopic?