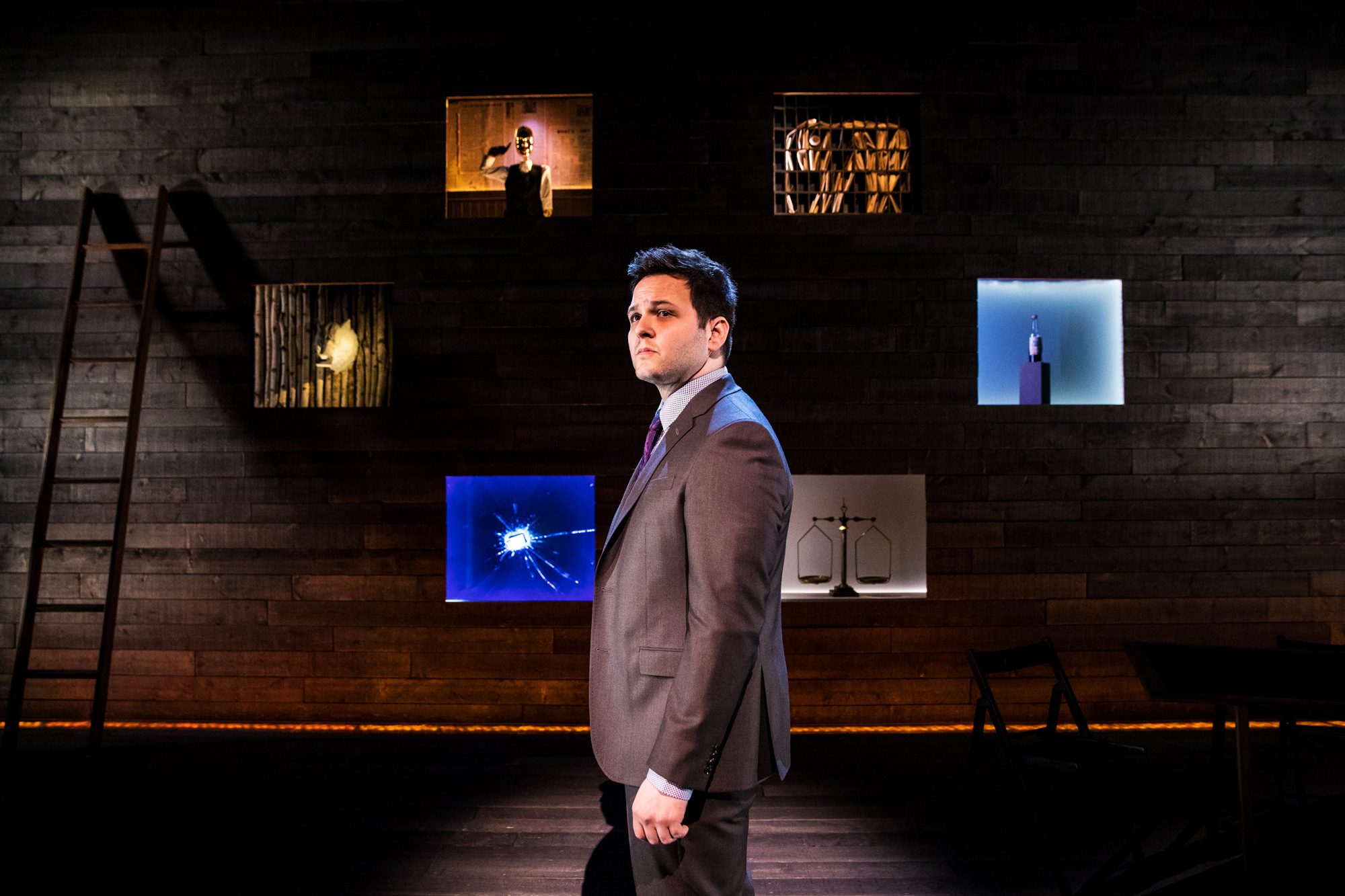 It’s a tough act for a critic to try and explain the joys and pleasures of Derek DelGaudio’s In & of Itself. In short, it’s an evocative exploration of narrative and identity through magic and trickery, starting with a thesis statement: we are all our own unreliable narrators. While this premise could also be a trigger warning at the beginning of Rashômon, Shutter Island, and a few Fincher films, In & of Itself takes a fascinating turn, steeped in the kind of narrative that’s required at the heart of every magic show. Objects are given meaning, including a gold brick that appears on stage and around the city of New York, symbolizing a brick thrown into the window of his childhood home after his mom came out.

Frank Oz, with his own extensive resume as a kind of magician, brings the hit one-man off-Broadway show to screens, filming DelGaudio as he performs his act, which includes a good deal of audience participation. In one passage he asks for a volunteer to return tomorrow with an extensive log of the show, a journal that past participants have contributed to. They leave before it’s over and imagine an ending which is read to the audience the next night. It’s a circle of trust that seemingly is unbroken as each audience member imagines a widely different path for the same show, allowing the show to continue. It’s like leaving a film before the end credits and imagining the story will continue in a number of ways.

Introduced to the one-man show by the “Ruleitista”––a Russian roulette player who never fails, according to a legend told to DelGaudio in a bar by someone who believes him to be just like the legend––the show diverges into an inquiry about identity. Identity proves to be akin to a card trick while also being as fragile as a house of cards as we bring our own narratives to the folks we meet along the way.

A difficult experience to describe, DelGaudio pulls off a feat without attempting to “heal” an audience like a cult leader or Tony Robbins might, but rather offers a personal realization and reflection on the narratives we create and what we give significance to along the way. Oz directs the film in an intimate way, blending some cinematic techniques including archival home videos and animation while still retaining the atmosphere of being present in the theater experiencing the show with an audience night after night. Audience participation begins at the door as each patron takes a card reading “I Am” with a profession or idea attached to it, a theme revisited throughout the show as DelGaudio often calls upon them as the captain of a ship.

Never fitting into a single box, In & of Itself offers a wide range of emotions especially as one audience member is called to give meaning to a handwritten letter from a loved one. The results prove to be rather moving as we, the audience, observe the transformation take place. Ultimately, the film is a transcendent experience that largely lets the one-man show speak for itself without veering into the detachment of a concert film that simply documents the night of. Rather than operate as a straight biography, it captures what so many of DelGaudio’s fans (including the film’s executive producer Stephen Colbert) adored about the film: it challenges the audience to make their own meaning from DelGaudio’s meditation on life, narrative, and magic. While one audience member is forced to leave early to imagine their own ending, the finale proves to not be as important as the performance itself, and the personal yet timeless ideas presented throughout.

Derek DelGaudio’s In & of Itself screened as the documentary centerpiece of the Montclair Film Festival and will be available on Hulu beginning January 22.