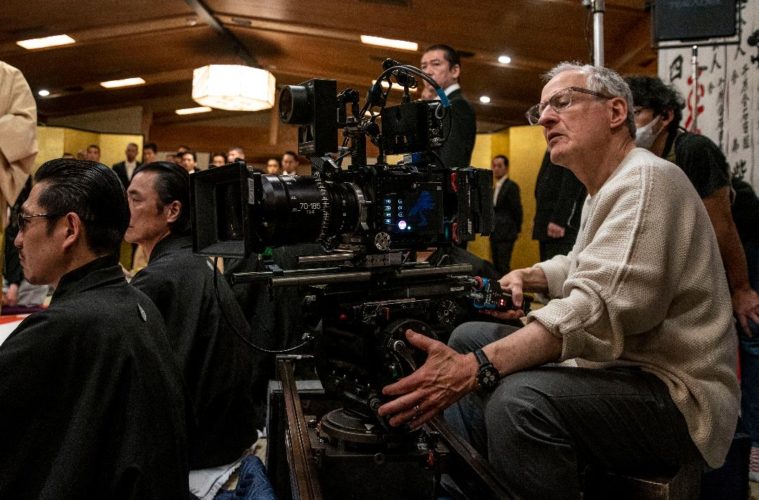 Considering the more than muted reception of (the great) Blackhat, we thought Michael Mann may not get another crack behind the camera for some time, but thankfully his Ferrari film starring Hugh Jackman is now eyeing a shoot next year and he has been able to resume production on his latest project, the pilot for the HBO Max series Tokyo Vice.

After a Tokyo shoot was stalled due to the pandemic after six of 18 days had been shot, Mann, cast, and crew are now back on set, Deadline reports. The Japanese premium pay-TV broadcaster Wowow has also come on board as co-producer of the project, which stars Ansel Elgort and Ken Watanabe, with Rachel Keller replacing Odessa Young after scheduling issues. The J.T. Rogers-scripted series is based on Jake Adelstein’s 2010 memoir Tokyo Vice: An American Reporter on the Police Beat in Japan. See a synopsis of the novel below.

A riveting true-life tale of newspaper noir and Japanese organized crime from an American investigative journalist. Jake Adelstein is the only American journalist ever to have been admitted to the insular Tokyo Metropolitan Police Press Club, where for twelve years he covered the dark side of Japan: extortion, murder, human trafficking, fiscal corruption, and of course, the yakuza. But when his final scoop exposed a scandal that reverberated all the way from the neon soaked streets of Tokyo to the polished Halls of the FBI and resulted in a death threat for him and his family, Adelstein decided to step down. Then, he fought back. In Tokyo Vice he delivers an unprecedented look at Japanese culture and searing memoir about his rise from cub reporter to seasoned journalist with a price on his head.

“His character’s determination is to become a reporter in a very different culture…and at the same time, he’s got an American impetuosity that he has a difficulty restraining,” Mann said of his lead. “That native impulse both services and disservices him. The locals in his neighborhood know him. He’s embedded there. Everywhere else, he’s a gaijin, he’s an outsider, in a society that’s not necessarily tolerant. I’m thrilled with what I’m seeing. It’s a very immersive piece of work he’s doing. That’s what I wanted from him, and it’s certainly what he’s done.”