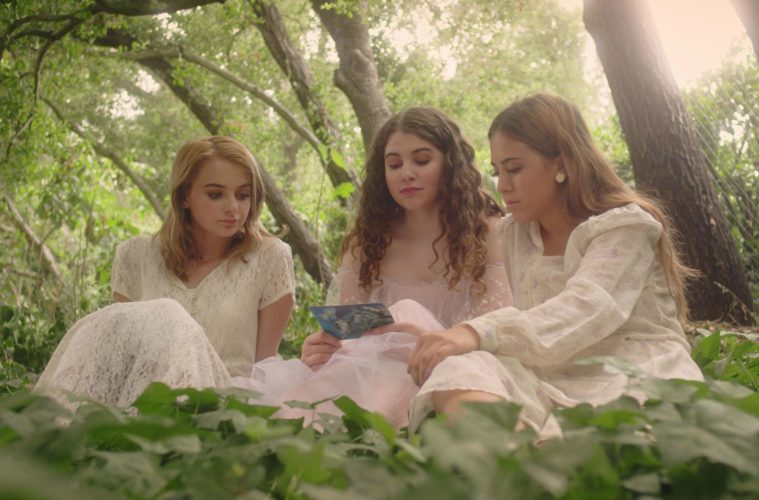 It’s fair to say that one of the most common genres dominating the American independent film realm is the coming-of-age film. From present-set, relentlessly up-to-the-date affairs to more nostalgic evocations, they have formed a considerable contingent, manifesting themselves even in some of the most heralded films of the past decade. With that saturation, however, tends to come a feeling of weary familiarity, as the same base concerns seem to recur over and over, reducing the complex masses of hormones and neuroses that are teenagers into walking stereotypes.

A stark contrast to this state is Tyler Taormina’s feature debut Ham on Rye, which both leans into and defiantly avoids many of the generic pitfalls. Broadly speaking, the film takes place in two parts, set over the course of what appears to be two days and a night in a nondescript suburban area; the foliage, houses, and light quality seem to suggest Long Island–where Taormina hails from–though the film was mostly shot in the San Fernando Valley. The first part follows an ensemble of young adults as they make their way in groups to an almost sacramental deli called Monty’s, where their cliques intermingle and separate in ritualistic fashion. From there, the film moves into evermore strange pathways as night finally begins to fall.

This vague description traces out some of the strange outlines of the movie, but it only becomes stranger in the way in which Taormina has crafted the film; not for nothing was Ham on Rye’s most visible festival screening at the typically ardently experimental Filmmakers of the Present section at the Locarno Film Festival. Perhaps the most notable is the use of young actors that appear to be ranging in age from pre-teen to high school senior; the relative lack of narrative explanation initially conceals the shared destination of the discrete groups–three high school girls, a few middle-school boys, and so on and so forth–but they are all treated as if they were the same age. Furthermore, little details abound: the unstated time period, which seems to hover around the late-‘90s and early 2000s; a ludicrously bland postcard read aloud multiple times which extols the “goodness” of adulthood; an alarm clock that clearly shows 9 PM amid shining daylight. Coupled with the often-stilted dialogue and acting, it creates an inherent sense of distance, something which only becomes more pronounced in the open surreality of the second half, which trades in the sun-dappled, close-up cinematography with quiet long takes amid deserted strip malls, alleys, and bonfires.

Taormina is ultimately going for something far grander than the summation of one character’s coming of age, although a single person emerges as the connecting figure between the two halves. Instead, he provides is both a nostalgic look at a dreamy past and what may or may not be their present-day counterparts, or an alternate reality. Though the film may run into some trouble with telegraphing his influences too strongly and discretely, Ham on Rye ultimately captures a distinctive, unpredictable sense of brokenness and hope, something which only the flush of maturity in all its uncertainty can bring.

Ham on Rye screened at Locarno in Los Angeles and will be released this spring by Factory 25.