Leonor Will Never Die Review: A Meta-Textual Journey Through Filipino Cinema’s Past 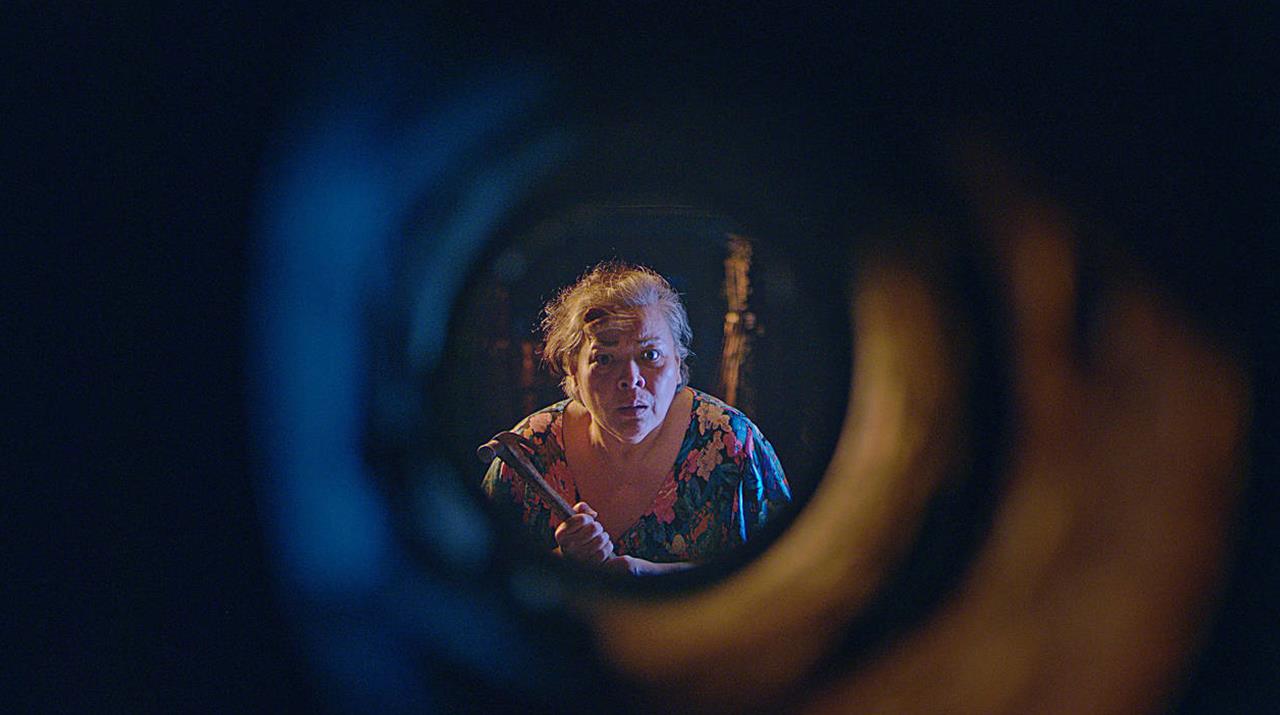 Martika Ramirez Escobar’s creative and inspired debut Leonor Will Never Die employs a narrative trick à la Spike Jonze and Charlie Kaufman’s Adaptation. The story being told within the film is the film itself and references its own creation. Meta-textual narratives like this can often turn unwieldy, especially in the hands of debut-feature writers, and Escober does not completely buck such trend. The self-referential material and multiple-threaded storylines tend to overstretch greater narrative. Yet Leonor plays with interesting blends of reality and fiction, borrowing from Filipino action influences to create a potent concoction of how inspiration might strike a writer’s creative impulses.

Leonor (Sheila Francisco) was once part of the cinematic world she envisions now only in her dreams. A washed-up actress in the Philippines who yearns to rekindle her relationship with the art of cinema, she brushes the dust off an old script when she gets word of a screenwriting competition in her city. After a freak accident with a television sends her into a coma, her inner subconscious become the world of the script she’s writing: an action epic called Ang Pagbabalik ng Kwago or – in English – The Return of Kwago. (Kwago is Tagalog slang for a crazy or reckless person.) Presented in high grain and color saturation (a stark contrast to the washed-out digital colors of the “real world”), it pays homage to the rich history of Filipino action cinema, particularly that of Fernando Po Jr., an actor and auteur referenced throughout.

The title of Leonor’s script is possibly a reference to Fernando Po Jr.’s Pagbabalik ng Panday (Return of the Blacksmith). The hero of the film, Ronwaldo (another possible reference to Po Jr., who sometimes used this name as a pseudonym), is an auto-shop welder and goes to seek revenge on the gang that killed one of his best friends. Leonor runs into Ronwaldo at a dance club and begins to relay her script writings as the actions in the film take place. This is one of the creative choices that unfortunately drains some of the juice from the film’s pulpy premise. We are seeing the action take place right in front of us and while the narration stands in for Leonor’s subconscious thoughts, the same message could easily be delivered it purely visually and not take the audience out of the action by explicitly stating it.

Francisco’s performance is a rare role for an elder actress in which she gets to play around and observe a fictional world. Often older performers are relegated to supporting roles; even if they are the main character, they can often be sequestered to more understated dramas appealing to an audience of a similar demographic. Refreshingly, Escobar’s story drops Francisco directly into the action. Her character serves as a guide to the writer’s thought process and the plethora of cinematic inspirations that form the action-movie world she runs around in. The homage that Escobar creates is so potent and heartfelt in its recreation that one wonders whether Leonor’s script narration is unnecessary within the action and movement of various sequences.

In the world outside Leonor’s script, her son Rudy (Bong Cebrera) decides to market her screenplay out to producers as a gift for when his mother comes out of her coma. In a sequence where we see morphing patterns in Leonor’s brain scan, Rudy says “I can’t see through you, Ma. You’d rather talk to the script characters.” Leonor’s inability to let go of her creative past builds a barrier with her son that manifests in the coma. Escobar portrays this through blending surreal imagery––psychedelic shots of snails, signal patterns in the brain, the ghost of Ronwaldo escaping from the screenplay to follow her son around––that both ties and separates the real world to/from Leonor’s cinematic fictional one. As a meta-textual film, and one inspired by Filipino cinema’s past, Leonor Will Never Die serves not only as a fun modern excavation of a writer’s mind, but also a solid nudge to those not familiar with Filipino action cinema of the 1980s.

Leonor Will Never Die opens on Friday, November 25 at Metrograph and will expand.