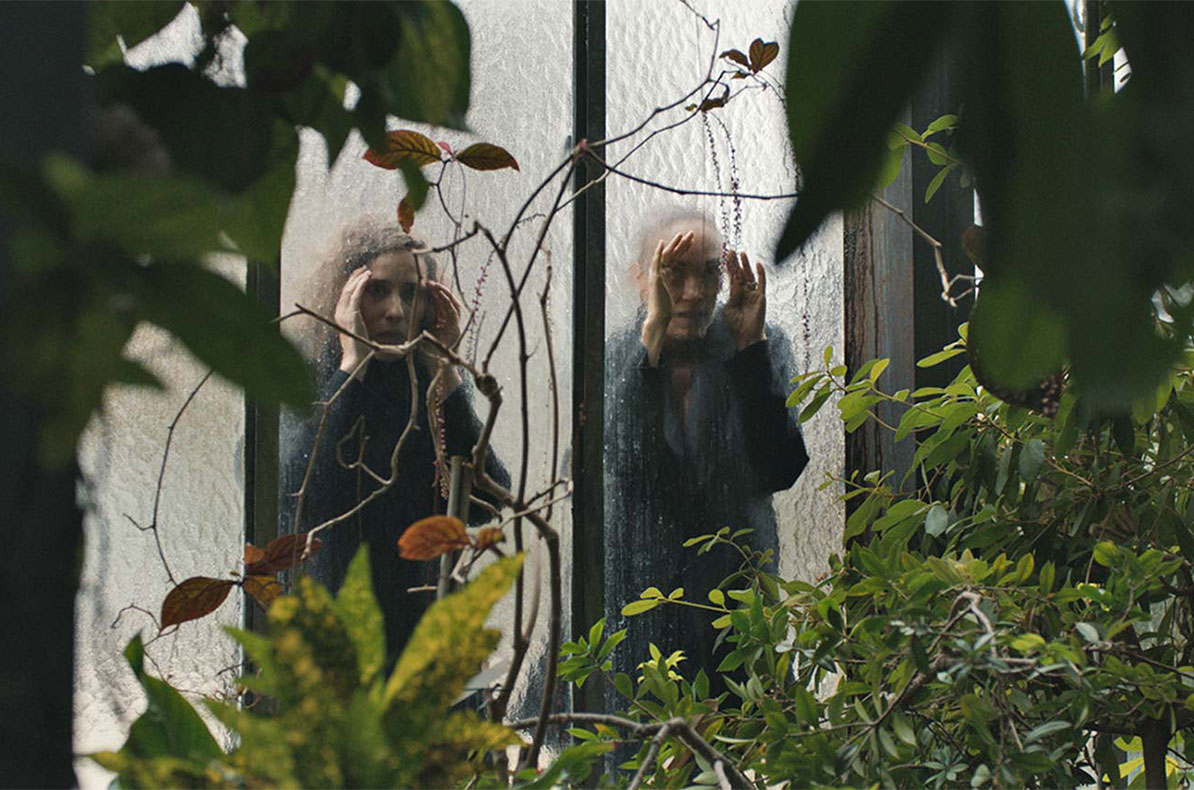 In A Little Love Package, Vienna’s institutions, people, buildings, and overlapping epochs make for a stiff drink: a bright, effervescent, lightly intoxicating film easily downed in one. The director is Gastón Solnicki, a nicely ruminative Buenos Aires filmmaker whose make-it-up-as-you-go approach (often shooting without a script, the plot revealing itself organically) allows his films to meander. Solnicki’s work has a playful spirit: it’s episodic both in form and content, though never amorphous; and he moves between narrative, documentary, still imagery, and immersive sound with seamless élan. Forged in lockdown, Love Package is a breezy collage of meteorites and cigarettes; cheese and boiled eggs, and how best to make them. But at heart it’s about how eras end, what they leave behind, and how new ones begin.

Solnicki’s previous film, Introduction to the Dark, was his first based in Vienna; it opened with images of the Prater amusement park, where Harry Lime once tallied the merits of Switzerland. The seed that started Love Package, a film that further explores many of Introduction’s ideas, was a quietly seismic shift in the city: Vienna’s fashionably late decision to ban smoking in cafes. The director picks up this idea as a starting point, filming the last night before the ban, then drops it just as quick. From this he crisscrosses the city (its streets unseasonably empty, due to COVID) and catches moments like a butterfly collector, albeit one with a knack for charming his way into posh institutions.

Solnicki is just so alive to the city’s charms—its clash of ambered nostalgia, sleepy cosmopolitanism, and bustling European city life. There is a sequence in both the Kunsthistorisches Museum (Breugals, as ever, are prominent) and the Naturhistorische Museum just across the Platz (with closeups of the vast and glowing meteorite display cases, set to one of John Cage’s trippier movements). There is a late-night trip to a cheese monger as he tends to his goods, another to a cobbler. There are images of the lovely deep embankments of Vienna’s canals and the high ceilings of its coffee houses with their immaculate silver serving trays and the cute wooden brackets that keep newspapers upright (and the cute people who still read them). There is a beautiful white Ferrari. Cinematographer Rui Poças captures it all with an artful rigor that never betrays the film’s warmth.

Solnicki’s style, that willingness to move tangentially, makes Love Package an elliptical film, even at the best of times. Not everything lands––the main plotline, if you could call it that, follows protagonist Angeliki’s (Angeliki Papoulia) inability to decide which stunning, expensive apartment to buy—an alienating snag, even in a less uncertain year—yet the film’s generosity keeps you onboard. That indecision also leads Angeliki’s exasperated friend to invite her to Andalusia (en route we see some nice images of the Fuente de Piedra salt flats), where she’s introduced to the friend’s extended family. Flexing, Solnicki casts Carmen Chaplin (granddaughter to You Can Guess) in the role and has her actual family play themselves. Even Michael, a true veteran who played opposite his grandfather in Limelight 70 years ago, appears onscreen––his light Irish lilt and wonderfully worn face, shot in close-up, are worth the entrance alone.

You’re left dizzy, but also curious why so few films have really captured the Austrian capital. You can count the classics on one hand: Before Sunrise, which did for inter-railing what Tiffanys did for the black dress; Cruise at the opera in Rogue Nation; The Third Man, less a movie than a Viennese institution. (More interested in the darker corners of their national subconscious, the great Austrian filmmakers tend to look elsewhere.) The best recent Viennese work was Jem Cohen’s Museum Hours, an autumnal love letter to the city, and for my money a masterpiece. Solnicki’s project might not be on quite that level, but it reaches for a similar poetic catharsis; I wasn’t at all surprised to see Cohen thanked in the credits.

In the end, Love Package‘s refusal to cohere proves more feature than bug and, at a brisk and charming 81 minutes, it does more than enough to live up to the delightful promise of that title. In one late, transcendental sequence, the director records locals in a busy bar––some chat, others prop themselves up on forgiving walls––as Black’s immortal “Wonderful Life” plays over the soundtrack. “No need to run and hide,” Colin Vaerncombe croons without a lick of irony. “It’s a wonderful, wonderful life.” Ain’t it just.