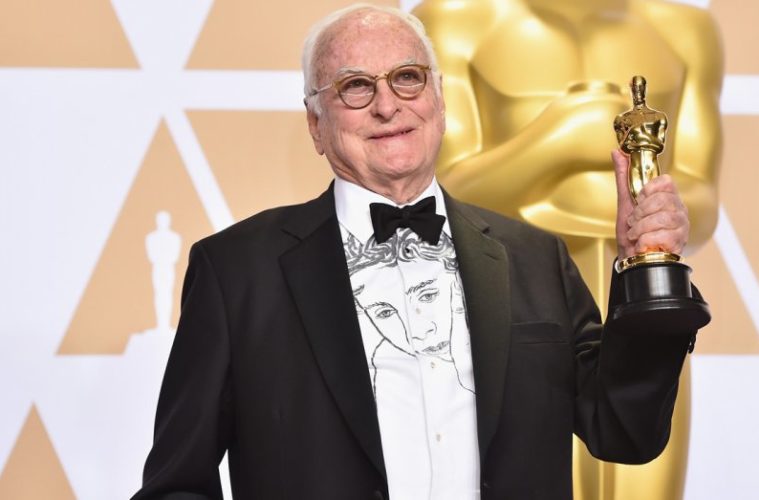 James Ivory began the year by winning his first Oscar for Call Me By Your Name and closes it out with the restored re-release of his 1984 film, The Bostonians, adapted from Henry James’ novel.

We spoke with Ivory about Basil Ransome’s politics and if they’ve found a home in 21st century America. The writer-director also talks about male actors’ desire to cry on camera, the different kind of feminists in the film, and what he really thinks about making a sequel to Call Me By Your Name.

The Film Stage: When The Bostonians came out, Vincent Canby called Vanessa Redgrave’s character Olive Chancellor ambiguous. How did you respond to that?

James Ivory: [Chuckles.] Ambiguous? I wonder what they meant. Well, that’s interesting, I’m not sure what they mean. I’m not sure it’s ambiguous. I thought it was a pretty straightforward story. It’s interesting because of all the novels of Henry James that he had published and brought up to date, in 1906, he did not include The Bostonians in that group of all his books and supposedly he didn’t do it because he thought may he had done a kind of caricature of a New England lady, the character of Miss Birdseye played by Jessica Tandy. He thought he may have discredited her in some kind of way so he didn’t publish the book. He made her a figure of fun when she was in fact a kind of serious person and that may have been why he didn’t go ahead.

The other thing was, I think it may have been the relationship with his own sister and another woman, who were in what was called a “white marriage,” which is basically two women living together and setting up a household. That bothered both Henry James and William James and there was nothing they could do about it. She was a very high strung woman and was easily put into various states of… whatever. So, it could be those areas, but I don’t know what else would be ambiguous. Do you? I don’t think those publications would know that old history anyway.

The film is the same of the book, Verena does go off with Basil at the end. The ending of the book is Basil leading Verena away on a rainstorm and she’s weeping, because she’s abandoned Olive and she’s abandoned this great speech she was going to make at the music hall and all the rest, and he takes her away. We thought that would be too downbeat and in the film Vanessa Redgrave takes her place, gets up on the stage, and has this powerful speech about the emancipation of women and the film ends on that, which is a much better note than being carried away in the night by somebody. So it seems to me, because we did that, the film is more powerfully moral than the novel was. Speaking in terms of today’s feeling about emancipation of women and the many things they couldn’t do in those days.

Speaking of Basil and his politics: he says his ideas haven’t come too late, they’ve come too soon. Do you think that his politics found a place in today’s political world?

Well, no, anything but. I think his politics were not all that modern. He had an old fashioned idea of where women should be, which is really in the home. But of course he was fighting Olive and all her politics which seemed to him to be cranky and sterile–sterile in terms of a woman. From his point of view, a woman should be married, should be in the home, have children, please her husband, etc, and Olive seemed to be threatening all of that. Therefore, he spoke out against it, but remember he was fighting Olive for the affections of Verena and he ultimately won.

Will you talk about dramatizing that scene of Basil and Verena at the civil war mausoleum at Harvard. Christopher Reeve really shows the great pain Basil feels about participating in the war.

Right, and that’s what that was meant to be–it was meant to show that exactly. But I had to keep Christopher from weeping, because actors are crazy to cry with freedom if they possibly can and they think it’s a great thing. He wanted to also and I said, “No, I don’t want you crying. Just go around and be moved, but please, no tears!”

I didn’t think he as a character he should be weeping. As I said earlier, there was a time thirty years ago, where actors–male actors–loved to cry. If you gave them a scene where they could cry they would be so happy. I didn’t want him crying, that was not a time for him to cry, from my point of view.

Olive’s politics are revolutionary but she’s often very posed and gentile. Why doesn’t she embrace her passion in a more outward way?

I suppose there was a reticence that she had… we don’t know. Henry James didn’t know what his sister was doing with her partner either, whether it included sexual pleasures and that sort of thing, or not, and whether the passion was consummated sexually. Nobody knew and of course in those days that was an unheard of idea, it was considered going against the laws of nature.

We didn’t feel that was right for that film and that particular couple. If The Bostonians were made last year, like Call Me By Your Name, you might of had a very different idea. But it’s clearly a lesbian relationship, there’s no doubt about that; the question was whether or not we would show it in the film, the actual making love and we decided that was not a thing we would do.

Olive does land a few kisses on Verena lips…

Definitely, and you feel Olive’s desire and she’s so riled up at the moment because she didn’t know where Verena was, and when Verena comes home she warms her feet and holds her. It’s really quite sensual, but it didn’t go further.

She was a doctor. She had a scientific mind and a practical mind that a doctor has to have, so she was another kind of enlightened woman. She just was not so high minded as Olive.

You don’t see many good literary adaptations, but some that I thought rather good were Love & Friendship by Whit Stillman, based on Jane Austen’s unfinished novella that Stillman finished and adapted, and Terence Davies’ film about Emily Dickinson, A Quiet Passion. Did you see either and what do you think?

I saw the one on Emily Dickinson and I didn’t like it. I thought there were many things wrong about it. As for the Jane Austen one, I saw a trailer for it and I thought “I’m not going to like this” and so I didn’t go. Although, I love Whit Stillman’s work and I wish he made more movies! So I can’t really comment on that film. But on the Emily Dickinson one I think I can comment.

What did you find wrong about A Quiet Passion?

Well, the tone, the acting, I just thought that Cynthia Nixon was over the top. The way the screenwriters would take lines from her poems and incorporate that into speech as if that was the speech of the moment, and then really hit it, really punched it. It was as if Emily Dickinson went throughout her life declaiming all the time and I thought that was phony. But that was the way Cynthia Nixon wanted to do it and I thought that was very wrong. And some of the others were equally over the top, particularly the father. Keith Carradine is a favorite actor of mine. I think he’s just great but I think he was not good in that film.

After your Oscar win there was some talk in the trades about your Richard II script, have you gotten anywhere with that?

[Laughs.] The last time I talked to some very good people in England about making it, they were lamenting the fact that there was so much poetry in it… what can you say to that? In other words, they didn’t like the characters to be speaking in couplets and rhymes and so forth, and what can you say? That’s what Shakespeare is most of the time and far more so in some of the other plays, but not so much in Richard II. If educated English people are going to say that what do you do?

What about your adaption of The Judge’s Will for Alexander Payne?

That’s coming along, I’m halfway done with it. It’s been very enjoyable and fun to do. What was interesting is that story was originally set in New Deli and involved some very well off Indians, and he had decided before I was involved, to make it in America and do it in Chicago and have them be Americans. It’s a universal story and can be set just about anywhere, and that was fine with me. I would like to make a film in Chicago, I never have. But the way I’m doing it I don’t find it difficult to have made that transfer.

Do you have any involvement in the sequel to Call Me By Your Name?

No, I don’t and I wouldn’t want to be involved. I can’t imagine having to make Timothée Chalamet look 45. I mean, that would be horrendous and so fake looking if that’s what they are going to do! But any case, André Aciman just laughed at the idea to me. He said it was not a good idea. They can’t do a sequel, I think, without him being on board. It’s his characters and his story. But that seems to have died down a bit. I haven’t heard much about it lately.

The restoration of The Bostonians opens at Quad Cinema on November 30.